I Tries To Make Pies

If any of you ever fantasize about what I look like when I am writing in my blog (which I'm sure approximately 100% of you do), I decided to take a photo of myself using my webcam. If you are on a public computer, I should remind you that it is unlawful to do anything Jesus wouldn't do with it in public. Although, I admit that the sight of my angelic, flawlessly sculpted face has been known to turn the purest of Amish ladies/monks/televangelists into rouged-knee harlots. 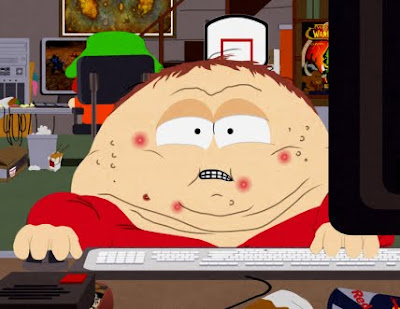 So I stole this Neopolitan Pizza recipe from the Food Network website (which you can find here) but somehow, I think I added 4,000 more calories to this pizza because I have a propensity to abuse cheese. I have never made pizza in my life so this was kind of challenging being that I made everything from scratch. Honestly, I don't even think I've ever made a frozen one...

Toppings (Use as much of each topping as you want, I know I did):

Place the water in a large bowl or mixer with a dough hook. Dissolve the yeast in the water. Add the remaining ingredients except cornmeal and mix on low speed until a ball is formed. Change to medium speed and mix approximately for 1 to 2 minutes until a smooth and elastic dough is formed. Remove the dough from the bowl, cut the dough into 2 portions, roll into tight balls and place in lightly oiled sheet pan, cover and let proof for a minimum of 4 hours. Preheat oven to 425 degrees F. To make the sauce, place the salt pork in a large sauce pot and render the fat. Add the onions and saute until translucent. Add the garlic and saute until the aroma is apparent. Add the crushed tomatoes, puree, and stock to the pot and bring to a simmer. Add the bay leaf, thyme, and salt and allow to simmer for 1 1/2 hours. Remove the bay leaf, puree the sauce and adjust the seasonings. Once the dough is ready, roll each piece out using a rolling pin until dough in approximately 1/4-inch thick. Spoon some tomato sauce on top of the dough. Layer the mozzarella, place the pizza on a sheet pan dusted with cornmeal and bake for 10 to 15 minutes until crispy and golden. Garnish with basil leaves. 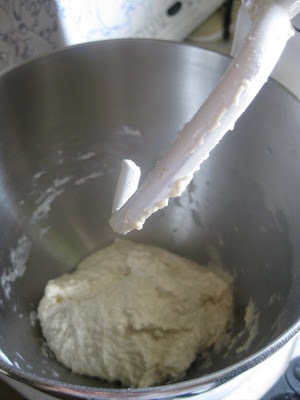 I made the dough by putting the yeast, flour, water, salt, and olive oil in a Large Hadron Collider . But common folk don't own those, so you can just use a KitchenAid mixer and get similar results. 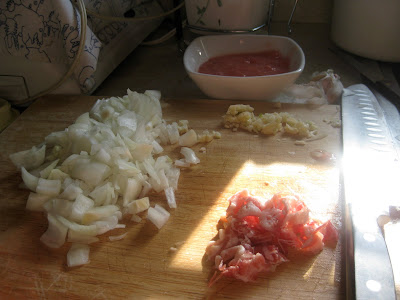 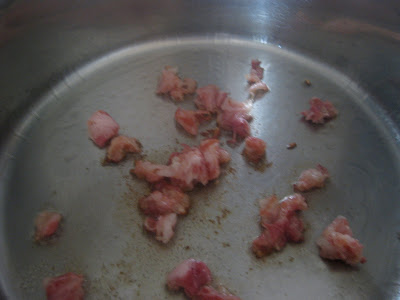 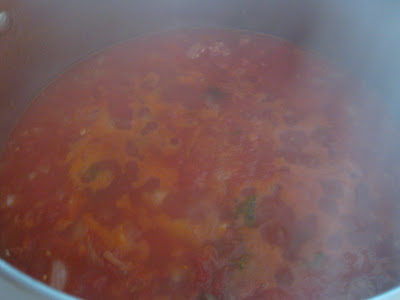 I taught Chef Boyardee/Emeril/Mario Batali how to cook sauces. They aren't even close to being my star pupils, but then again, no one can work a tomato like I can. 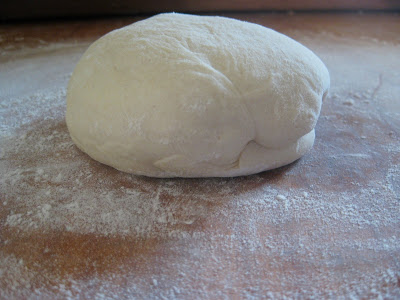 After refrigerating this ball of dough for 4 hours, you're supposed to roll it out. It looks easy on TV but it's not even remotely close to easy and I would probably ace the LSAT's before I'd roll this into anything circular. 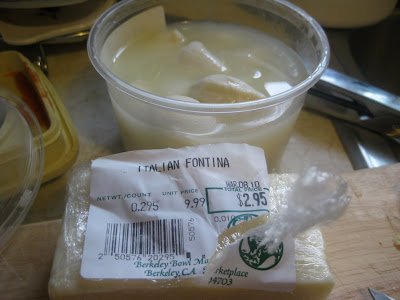 A plethora of fine, expensive cheeses that were imported from far away, European dairy farms. 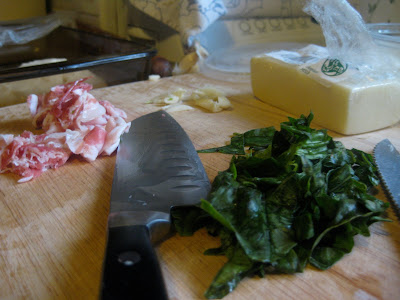 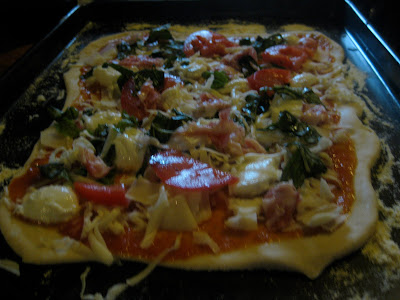 Distribute as generously as humanly possible-as if your sick, sad life depended on the amount of cheese on it. 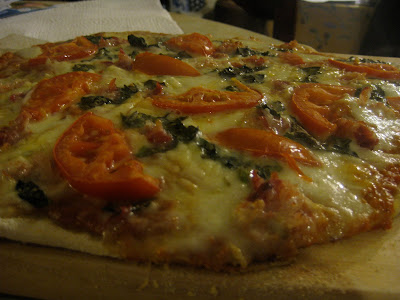 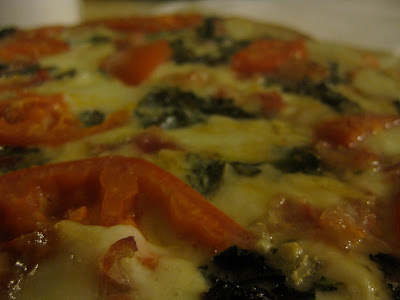 OSTENTATIOUS, YOU SAY? Why thank you...my sullied pantaloons seem to agree. I know we're in a recession but there's no way in hell I am going to scrimp on pizza toppings. 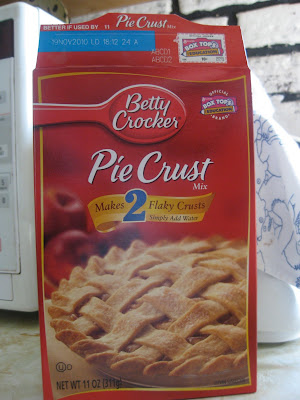 I already made one pie crust from scratch, you've gotta be shittin' me if you think I'll do it twice in this lifetime. That's where Betty Crocker comes in and saves the day. 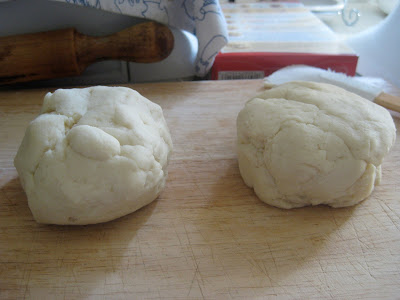 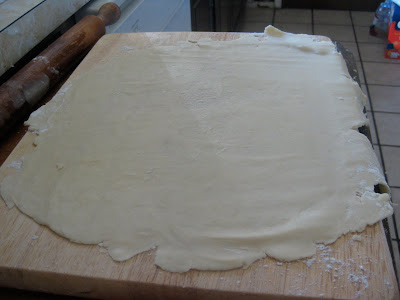 Rolling the dough out made me cry and shit my pants, I wouldn't recommend it to anyone who isn't already depressed. 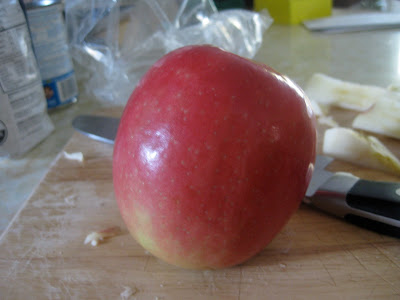 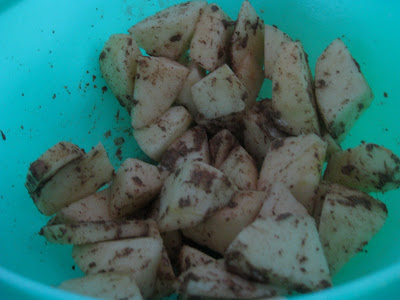 Chopped up a Pink Lady apple and doused it in cinnamon and possibly other substances that may or may not be bodily? 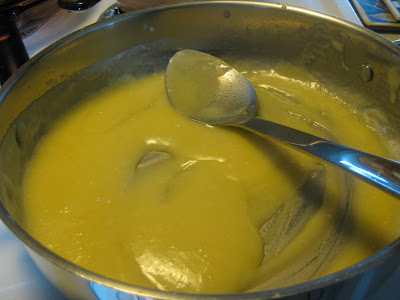 The CREAM filling, which is pretty much just butter, sugar, and straight up booty. 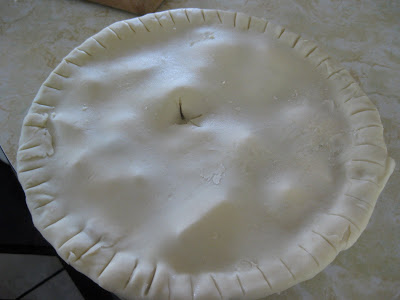 Sealed the fillings between the crusts and popped that shit in the oven for a while. 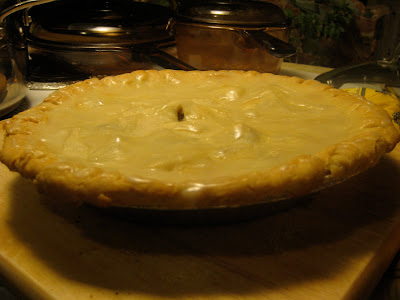 Came out lookin go'geous and I glazed it with more sugar, vanilla, and liquid stuff. 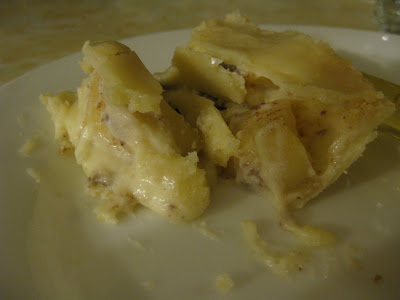 BLAP! Made it my son.

And that folks, is how you make delicious cat food.
Email Post