I meant to post this like a month ago, but I've been caught up in a vicious and unrelenting vortex of Hot Pockets and murder-related television dramas. I'm starting to think that my body is addicted to some kind of chemical inside Hot Pockets, but I don't know how to prove this and I'm sure it would involve some heavy blood work and I'm not exactly up for that at the moment? But anyway, here I am a month later blessing the internet with my thoughts on Taco Bell.

A few months ago, I found myself at the Incheon International Airport in Korea (which houses a vast selection of decent eateries) moving at a speed that I normally reserve for when I'm chasing stray cats for hugs. I'd been in Asia for nearly two weeks and was suffering from a severe tortilla deficiency, so when I spotted a Taco Bell, I knew that was my only chance at survival.

I ran up to the counter in a panic and was alarmed to find that their $5 box was $12,000. And by the looks of this photo, the guy in the kitchen saluted me? My e-mails to Taco Bell begging them to bring back the Beefy Crunch Burrito must really be making an impression if their employees are saluting me.

I found out that there TWO very thrilling distinctions between Korean Taco Bell and American Taco Bell: 1) BULGOGI IS A MEAT OPTION and 2) THEY SERVE BEER. I yelled out, "HOW IS THIS NOT HAPPENING IN AMERICA!?" and then the very aggressive Ukrainian sounding voice in my head that only speaks in rhymes said, "It's called the Kogi truck, you fucking schmuck." 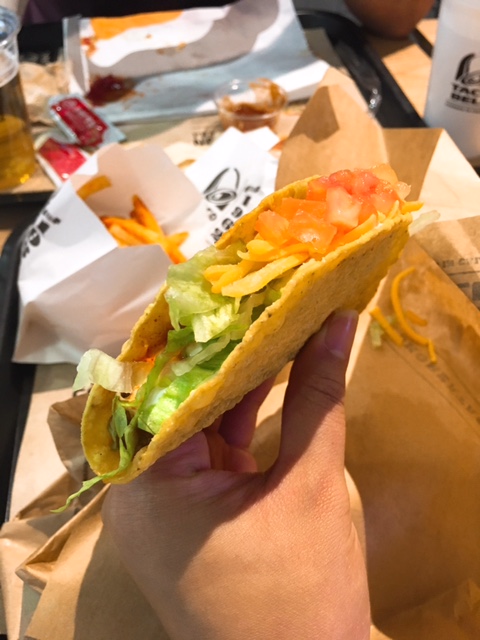 This taco supreme was quite different from the traditional model in the sense that the cheese had a much denser shred, automatically making it more respectable than its stingier American counterpart. The shell tasted like the direct descendant of something that was once in a corn husk, while the traditional shell tastes like the cousin of a guy who once shook hands with a retired ranch hand whose grandparents once harvested corn. 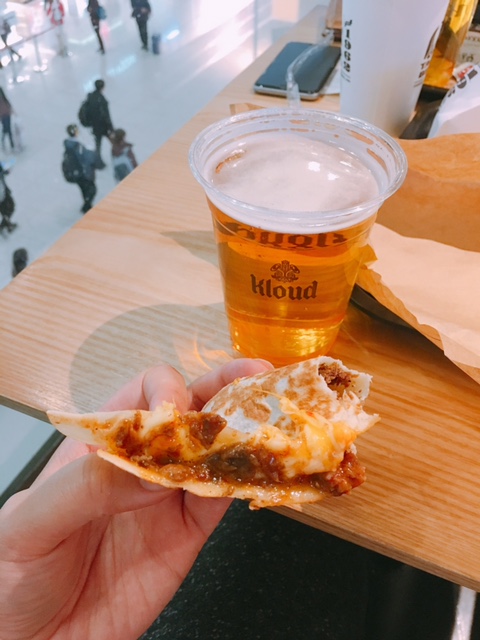 This is the BULGOGI QUESADILLA AND BEER.

ATTENTION TACO BELL: I NEED TO SEE THIS ON THE MENU OF EVERY TACO BELL IN AMERICA. LIKE, FOREAL. LIKE FROM SEA TO SHINING SEA, OKAY!?!? 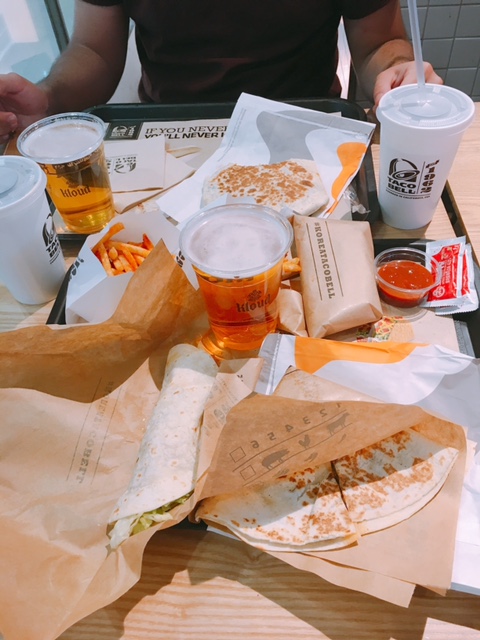 Look at this luxurious spread of crisply ironed tortillas filled with lord knows what! They had bombass seasoned french fries and gave us actual salsa, which terrified me for no good reason.

And that was my great Korean culinary adventure.

Meanwhile, in OLD NEWS...the Naked Chicken Chalupa is a full-on masterpiece. Who's shocked? Absolutely no one. 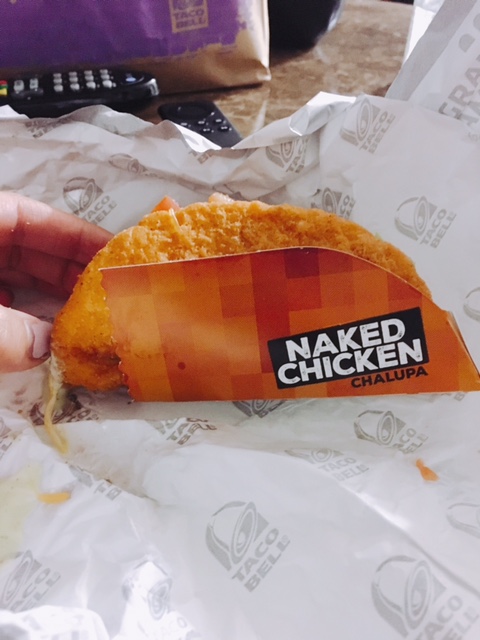 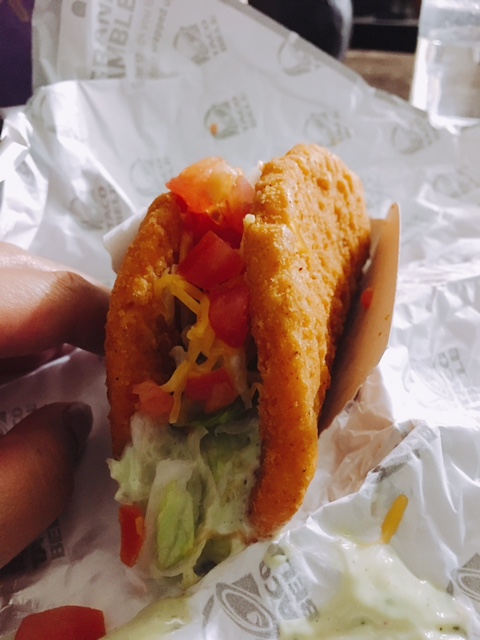 A fried chicken taco shell was the only logical next step for mankind to make towards a more progressive tomorrow. Not only is this gluten-free (according to my calculations) and fried to golden brown perfection, it is a TACO. Well, I'll be...

I salute you for the billionth time, Taco Bell for grabbing globalization by the scrotes and not being afraid to take risks in the competitive arena of fried snacks.

AND BRING BACK THE BEEFY CRUNCH BURRITO FOR CRYING OUT LOUD!