I usually start off my blog posts explaining why I haven't written in two years and it typically involves lying about being in Mexican prison, but I don't have time for that right now because I INVENTED SOMETHING IMPORTANT. I invented something that will change the course of American history and alter the public's view of fried poultry entirely. Ladies and gentlemen, allow me to introduce THE GREAT AMERICAN WING CRAWL.

I have taken it upon myself to curate an immersive experience where a select group of chicken wing enthusiasts/ass goblins (of my choosing) are led to Los Angeles' premier chicken wing establishments for a day of buffalo drenched euphoria. The world did not asketh, but I provideth anyways and you're all preemptively welcome.

After nearly a decade of  rigorous and arousing research, I birthed what only can be described as the lovechild between Buffalo Wild Wings and the Fyre Festival Coachella. I ranked my top chicken wings in all of Los Angeles and hired a team of cartographers to map out our official wing crawl map. It was a pricey endeavor, but I, much like the great John Hammond am not one to spare any expense. We are currently in the beta stage of development and what I am about to recount is merely a preview of what I have in store for America.

Our first stop on The Great American Wing Crawl was Ye Rustic Inn , which ranks at the very top of my buffalo wing list. It is a well known fact by anyone in LA that knows shit about shit that these are the best buffalo wings in LA and if anyone wants to contest that, I am more than eager to fist fight you. 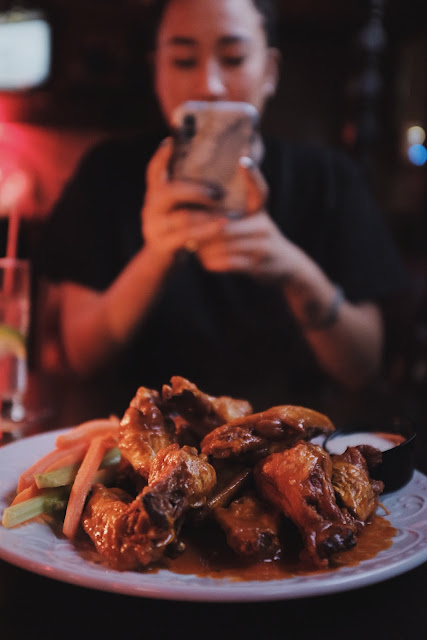 I'd like to shout out my cousin/photographer extraordinaire, Diane Valera for photographing this journey since my iPhone 6s is actively battling it's planned obsolescence and cannot be trusted under any circumstance. Anyhow, LOOK AT THIS FUCKIN' CHICKEN STACK THO. Buffalo is the only flavor on the menu because they understand very well that certain traditions are not to be fucked with. However, there are various levels of spice that range from mild to suicide and there are several different levels of crispiness: regular, crispy and extra crispy. I live to suck the shrapnel from an 18-piece order of regular hots off my buffalo stained fingers.

You may also remember my friend, Jessie in the background as the dehydrated Chinese burrito from this sad post. 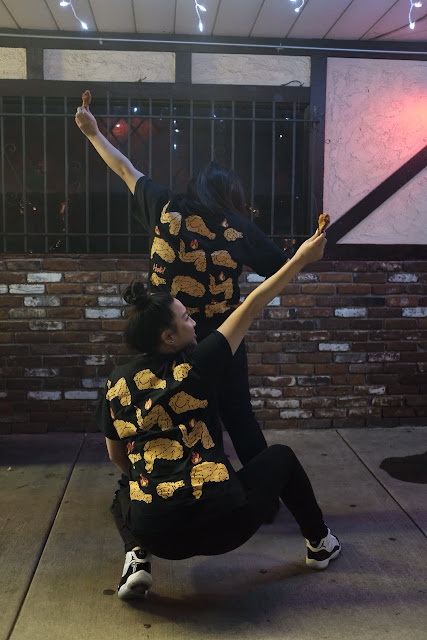 Many people asked: "Is The Great American Wing Crawl real or did you just make it up?" My response? IT'S FUCKING BOTH. And I think this photo of my turd friends posing in their chicken clothes proves that. 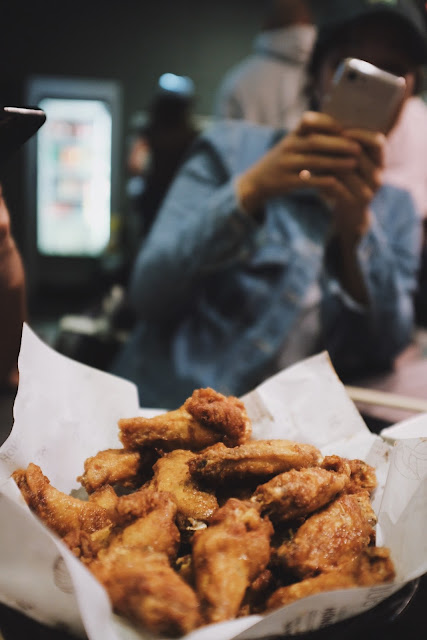 The next stop was Kyochon, home of the single-most addictive chicken wings in LA. Real talk, the Korean chicken merchants at this place know how to soy and garlic the shit out of a chicken wing and they have THE GREAT AMERICAN WING CRAWL'S tramp stamp of approval. 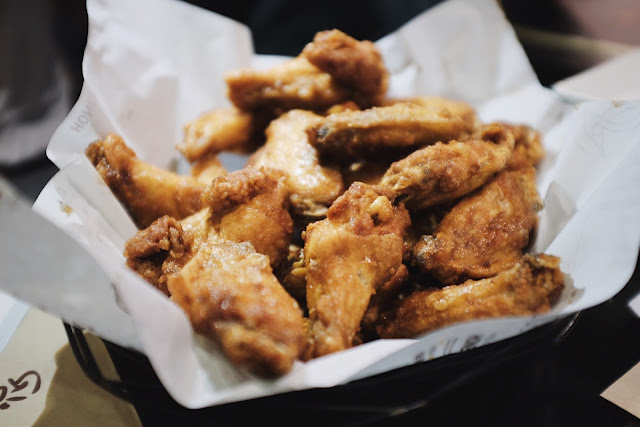 Look at those gorgeous lil' thangs. They look hella basic, but there is more flavor sitting on top of that skin than a pack of bacon has in it's entire dick. 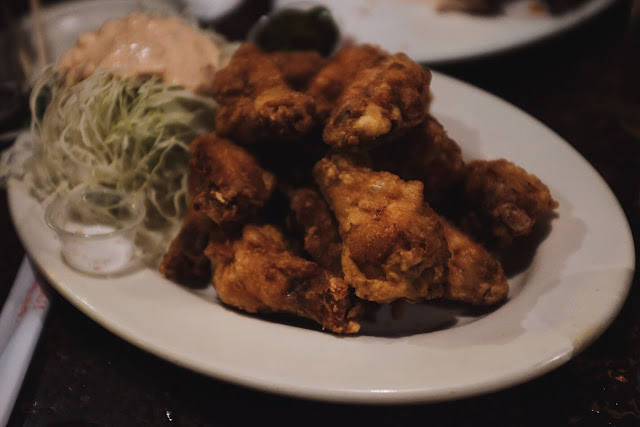 The next stop on the tour was OB Bear in Koreatown. Half the wing destinations on the crawl are Korean wings because they are a powerful force in the LA chicken wing game and OB Bear is an institution. Angelenos have relied on them for nights of rowdy drinking and aggressive chicken consumption for centuries.

HOT TIP: Put your name down on their wait list through their Yelp page, so you can freely roam the skreets and local liquor stores until they summon you to come the fuck back. 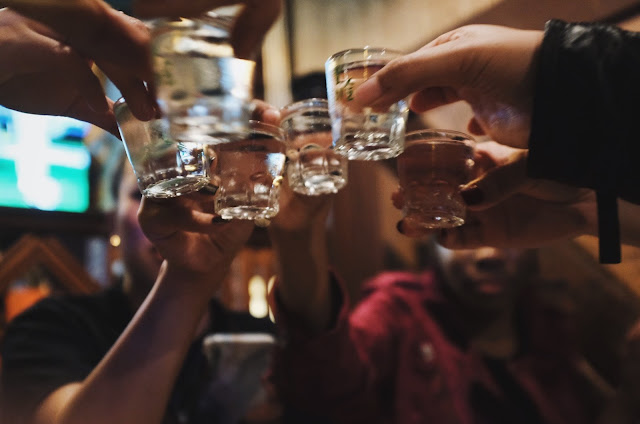 We cheersed our little nutsacks off to celebrate the unofficial kick-off of THE GREAT AMERICAN WING CRAWL. As I stated before, we are merely in the beta stages and if my calculations are correct, the official crawl will take America by storm and make me the official ribbon cutter at every grand opening ceremony of every Wingstop to bless the earth's surface. So suck my dick, Rick Ross - I am the new chicken wing king on both sides of the Mississippi. 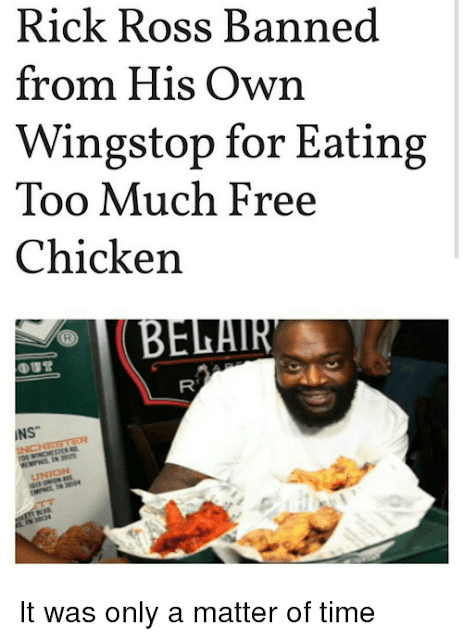