*WARNING* This post involves heavy referencing to salami's and I know that it will provoke everyone's urge to scream, "THAT'S WHAT SHE SAID!" With that being said, you have one of two options: just don't or become the asshole that abuses the joke.

I have been obsessively researching salami's for the past three weeks and I believe the quality of my life has improved one thousand percent. My research involved Googling, "Best Salami in the World" about fifteen times, lurking around various Italian deli's and Whole Foods locations in the Bay Area, and eating roughly 95 lbs of salami. I even started using salami terminology like "dry" and "chub." I felt like a woman when I asked the nice, old man at the corner store, "Do you only carry sliced salami or do you carry the chubs as well?"

Being that I hail from San Francisco, a city best known for its abundance of salami's, I have found that being surrounded by quality salami's can be confusing. After conducting extensive research on Chowhound and Yelp, I found that no one can be trusted because nobody has a palate more sophisticated and robust than my own when it comes to cured deli meats. 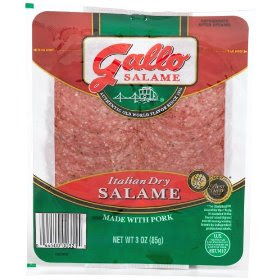 The first that I tried is from Gallo Salame and it came pre-sliced and packaged. I was desperate for salami and this is the only kind that the corner store had. This hit the spot but was nowhere near the level of quality of the other salamis I sampled. Grocery store pre-sliced salamis are limp, flaccid pieces of depression compared salamis that come in chub form, so I guess you can say that size definitely matters. 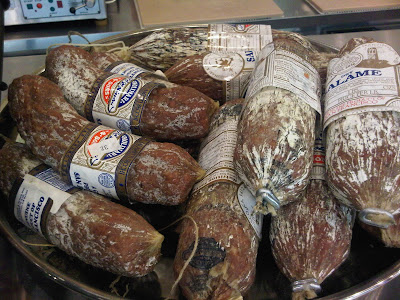 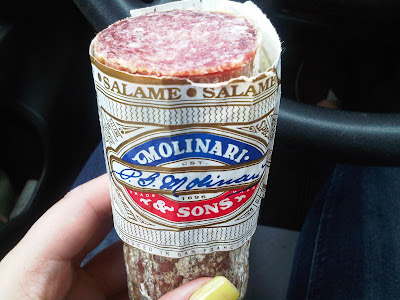 Many swear by the Molinari's salame because it has reigned supreme in San Francisco for centuries. Their chubs of Italian dry aged salame deserve the praise because they are fat, girthy gems of beefy porky goodness. I actually almost died eating this salami because there were only plastic knives at work and these things are STIFF. Amazing flavor and gorgeous speckled fat marbling on this bad boy. I tried to cut it and my knife exploded into approximately one thousand pieces and shards of broken plastic flew everywhere. If you have a power saw handy, that would be the best way to slice this hard chub up. 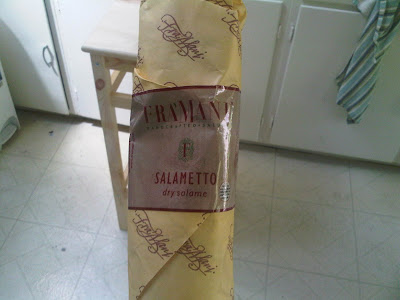 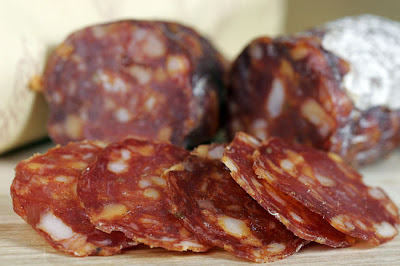 Lastly, we have the clear-cut WINNER of the salami war, Fra'Mani Handcrafted Salametto. I copped this piece from Whole Foods on the way to a BBQ and boy was I a hit. According to reviews, this is a superb chunk of meat and from what I gathered after tasting it, the reviews were beyond correct. I probably love it because it is 3/4 fat and 1/4 fresh pork. The ingredients are all natural and they don't use nitrites which means it is healthy. Thus, you can down as many of these logs as you like while maintaining your girlish figures. This sexy sausage is clearly for the LADIES. 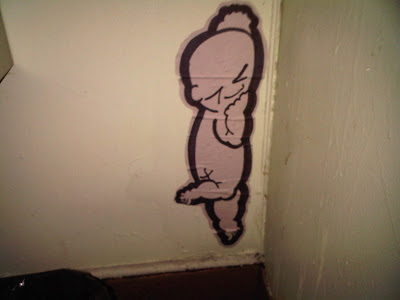 I spotted this work of art on the ladies room wall of Dalva. It looks like a species of salami that may or may not be digestible. 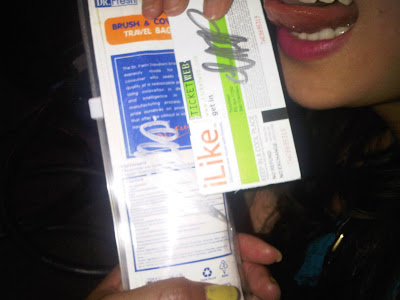 Don't mind my girl, Steph drooling all over everything. What a goddamn animal. 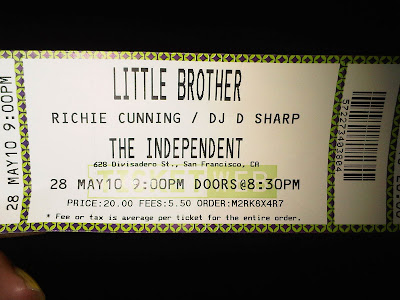 LITTLE BROTHER! This night ended with a little projectiling on the sidewalk, crying for my mother, Steph spoon feeding me pupusas, and being laughed at by a whole Mariachi band for being a hotass mess.
Email Post