Today, my small-handed, pastry-molesting friend Gabby busted through my unlocked door and I almost slammed my baseball bat into her face because I thought she was a sex offender (which she is in her own special way.) I'm glad I didn't knock her ass out because she was holding a box of pastries from the BOUCHON BAKERY. In case you are retarded and don't know what that is, it's Thomas Keller's bakery in Yountville, CA. Thomas Keller is the culinary mastermind responsible for French Laundry, Per Se, Bouchon, Ad Hoc, and trillions of boners all around the world. Being that I am a brokeass hoodrat, touching food from his bakery is a big deal and putting it in my mouth has caused temporary blindness and I wish I wore a diaper today.

I tried the greatest chocolate anything I've ever had today. It is called the TKO cookie, which stands for the "Thomas Keller Oreo." I think. It's basically his interpretation of an oreo, made with a chocolate sable dough and white chocolate ganache filling. Whatever the hell chocolate sable dough is, it crumbles in my mouf ever so tenderly and I so desperately long for it. 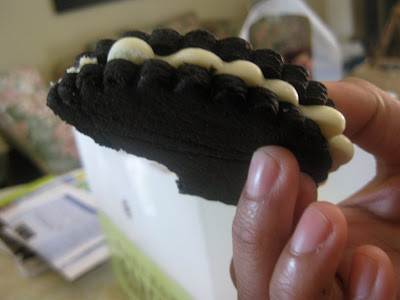 We called the Las Vegas location to confirm with them that the Bouchon Bakery kiosk at the Venetian Hotel had these. THEY DO! (We're going to Vegas in August.) I have a fantasy of filling our hot tub with these, lighting candles, poppin' champagne, and having my way with a tub full of TKO's. 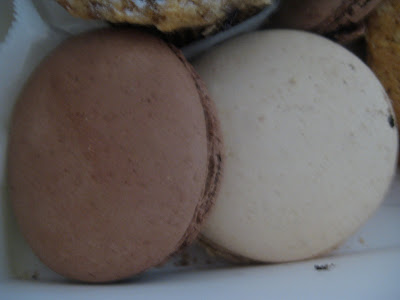 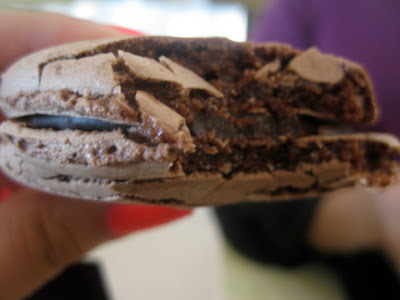 BEST macarons I've ever had. They were rather large and the chocolate tasted like a chocolate cake mixed with a brownie mixed with straight crack. 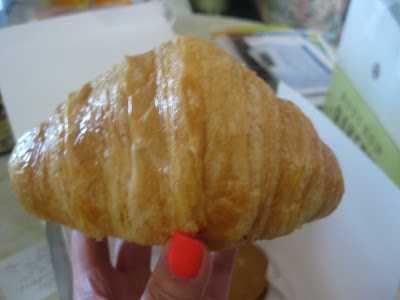 This croissant was a work of art. Light, buttery, flakey, and had a light crunch. Gabby and I always said that you know a croissant is good when you don't need to butter it. I ate it completely NUDE and loved every minute of it. We were both nude, the croissant and I. 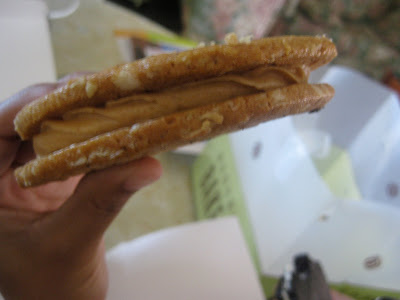 We had to stop ourselves from eating the Nutter Butter that Gabs got for her boyfriend. It would be mean to eat someone elses gift from Bouchon. In fact, that's fucked up. But that did not stop us from placing our nostrils on it and attempting to snort it in hopes that crumbs flew into our mouths somehow. 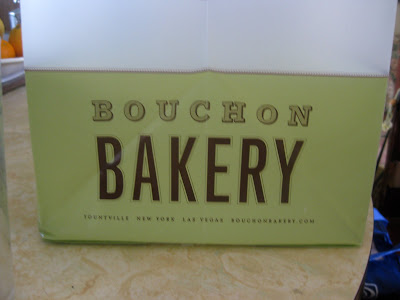 Someone remind me to FedEx Thomas Keller a pair of my soiled panties with a post-it attached that says, "HURRY UP WITH THE BEVERLY HILLS BAKERY!!!!"
Email Post