I've decided to diversify my hobbies and take up an activity besides binge eating because I enjoy a good challenge and my e-Harmony profile could use some sprucing up. Hot men aren't very responsive to chicks whose interests are limited to "accosting Del Taco employees for day old's and collecting free shit on Craigslist."

After many hours of deep reflection, I decided that BIKING would be the most reasonable hobby because San Francisco is known for its biker-friendly terrain and tame traffic conditions. With over 50 different hills, a plethora of narrow, one-way streets, and a dense population of Asian drivers, San Francisco is the ideal setting for novice bikers, especially those who are unfamiliar with exercise. I have a mountain bike, which has been working for me just fine, but I am in the market for something a little bit sleeker, a candy paint job and a touch of class. Here are some of the bikes that I've been looking at: 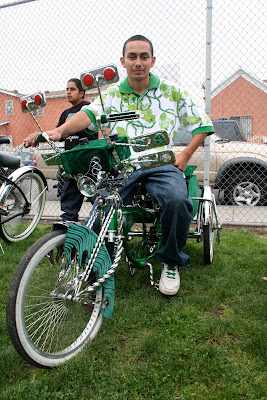 Thought this low-rider would be my speed because I like its proximity to the ground and the fact that it can accommodate my subwoofers. Although it has a tremendous amount of swag, its gaudiness is kinda suspect and lacks the stealth that I will need in case I need to make a fast getaway. 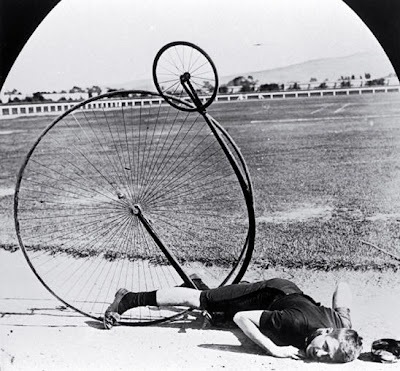 If this hipster-limbed Charlie Chaplin motherfucker can face plant on this, this shit will probably crumble into a rusty oblivion the minute my fatass even smiles at it. 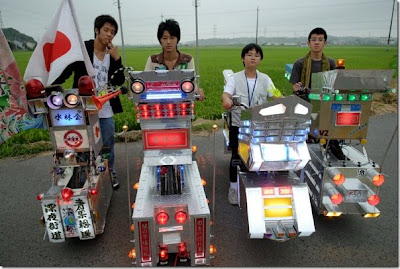 Forget chemical warfare, these bikes are proof that Japanese modern artillery weapons are something that the U.S. should be concerned about. They're even recruiting former boyband members to join their militia, which causes both panic and excitement in my nether-regions. I don't want the bikes as much as I want them. 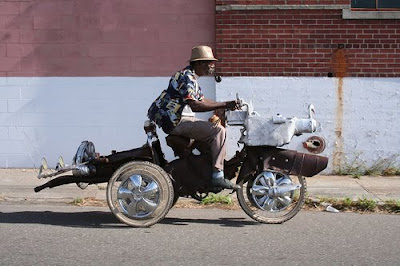 This is just sick. I am not worthy of resting my loins atop this bad boy but I just wanted to pay homage to its unparalleled glory and sex appeal. Heaven only knows how many babies were conceived atop its buttery surface. 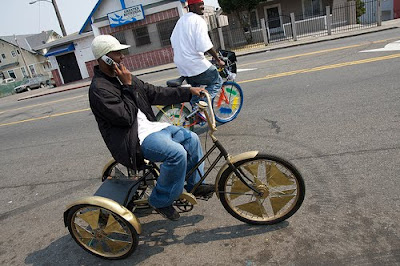 Since I am a Bay bitch at heart, I decided to go with the almighty Oakland-originated Scraper Bike. This sort of bike doesn't even require me to buy a new bike, just some tin foil and scotch tape.

According to Urban Dictionary, a scraper bike is defined as: "A new trend that is a part of the San Francisco Bay Area Hyphy Movement in which people ride their tricked out bikes and go stupid, dumb, retarded while on their bikes. Generally, the bikes have nice designs, such as duo-tone paint jobs, and rims or spinners. The term was coined by the rap group Trunk Boiz of Oakland, California."


So here's my recipe for a Homemade Scraper Bike:

First, cover the spokes in aluminum foil. You can get creative with the design, I just went with a few triangles. Next, cover the handlebars in aluminum foil. For a candy paint effect, tape up the frame with shiny wrapping paper in sections. Add streamers or whatever sort of adornment or trinket you would like to add. 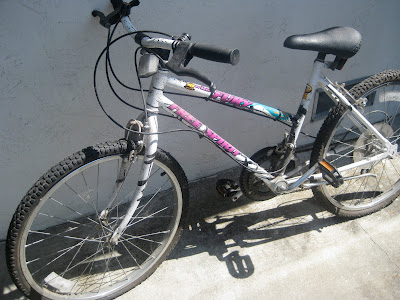 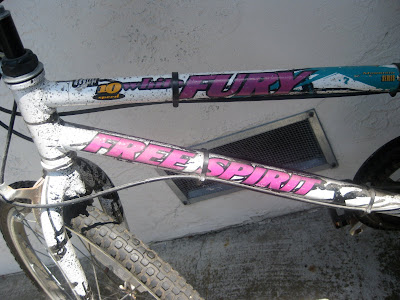 This is White Fury, I got her for my 11th birthday and we have been reeking havoc on the streets of the Bay Area for the past 12 years. I love her to death but that paint job is just way too early 90's for me and I'm not feelin that vintage shit so I needed to pimp this piece out. 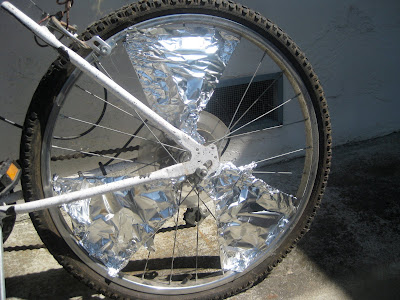 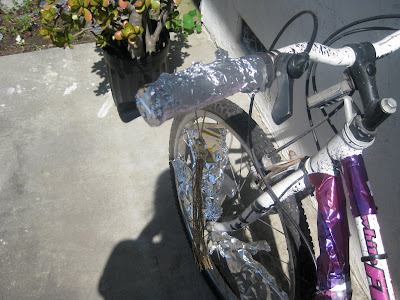 ALL CHROME EVERYTHING. Its clean, right??? 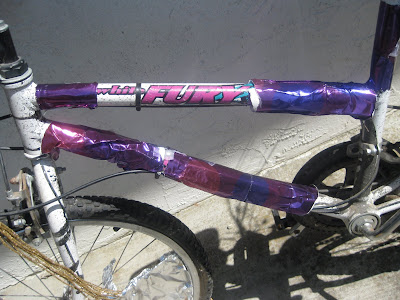 Candy Paint.. Peanut Butter.. them gold things got me tight for the summer.. 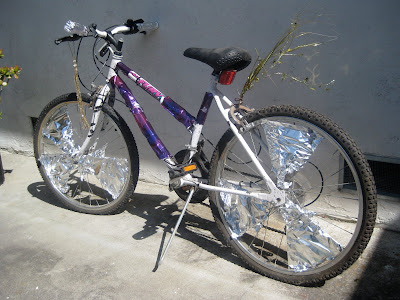 BLAP MOTHAFUCKA! Shit went from Steve Urkel to Stefan in under 5 minutes. If anyone has any suggestions as to how I can mount my subwoofers onto this beauty, it would be greatly appreciated.

I'm gonna throw in some pictures of some cupcakes because I realize this is a food blog and I can't be writing about bikes like they're edible even though that candy paint job got a few licks. 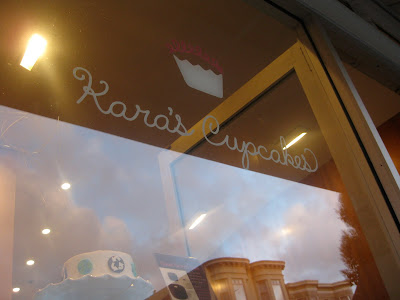 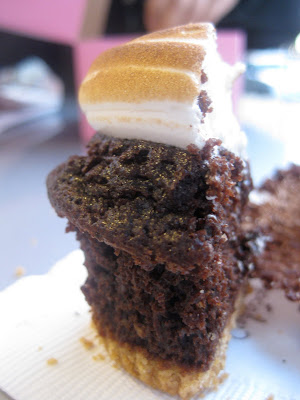 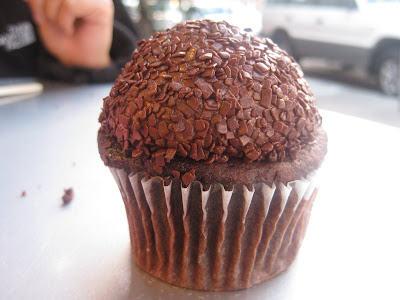 Kara's Cupcakes in the Marina are the SHIT. Holler at that chocolate and s'more one time and you will inseminate yourself with some of the finest cakes in the Bay.
Email Post

Girl Foodie said…
This post is amazing. I laughed my (also voluptuous) ass off.