The Essence of a Good Night: R. Kelly, Edibles, & Ribs

When I was seven years old, I watched waaaaaay too much MTV Jams and my favorite song on the planet was "Bump N' Grind" by R. Kelly. I spent the better part of 1993 profusely gyrating like a sexually frustrated midget to this song and so naturally, I begged my mother for his album entitled, "12 Play." Needless to say, this horrified my Catholic mother to no end and so she immediately scheduled a hysterectomy for herself and her perverted child (me). And just like that, I was spayed--like a cat. 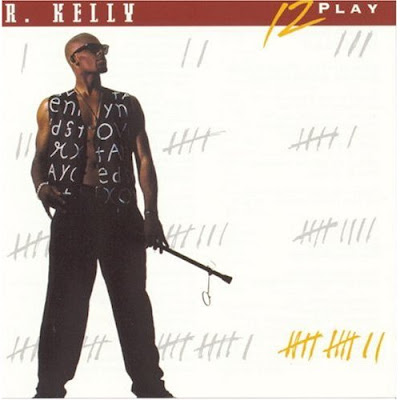 Just kidding...my mother didn't spay me in the name of R. Kelly.

But it is true that neither of my parents would buy this album for me because they were sensible people, but I admit that it only made me a bigger fan of R. Kelly. That was short lived because several years later, we all found out that he was the one lurking around America's playgrounds handing out packets of Gushers and asking toddlers if they wanted to play "Candyland" in his white van. In other words, he scared the shit out of me. I've actually been legitimately afraid of him until the other day when my friend showed me the following music video:

I am convinced that this is the single most sensational thing that I have ever seen. If you didn't watch it, you are a moron and you should GET OUT OF HERE. I don't think it gets any better than when he says, "And when you need a break, I'll let you up, I'll let you breathe, wash your face, get something to eat, and then come back to the bedroom." That's likely to be the most romantic song lyric of all time. Most people would probably lay low and avoid singing about sex after being publicly identified as a sexual deviant, but no...not R. Kelly. Although he is criminally insane and I know that it is unethical to support such a derelict weirdo, I have to admit that there is a level of genius that only him and Mike Tyson possess and they each hold a piece of my heart. 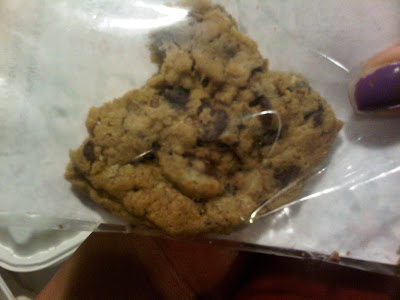 On that magical evening, my friends and I also made BACON MAC AND CHEESE CUPCAKES. 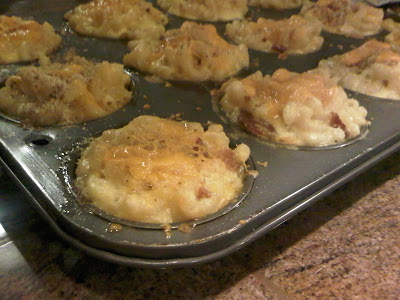 We just used Paula Deen's recipe for mac & cheese (which calls for the use of canned Cheddar soup) and added bacon to it. The only reason they are cupcakes is because we baked them in a muffin tray. We looked really cute buying cans of Cheddar soup and fist fighting eachother at the Redbox machine on a Friday night. 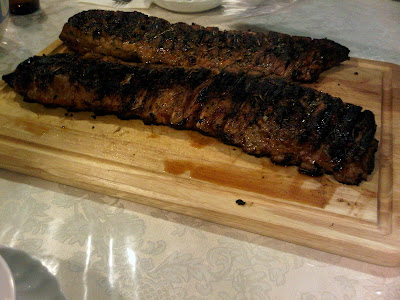 My, what a gorgeous rack. My homie Steph's little brother, Jon made these gorgeously mind-blowing ribs.

I ended up passing out in a massage chair/death trap that night. I woke up once, got laughed at by my friends, and was told that I looked like a famous musical sensation. They said "Little Richard", but I heard "Beyonce".
Email Post