I have been dieting lately and I must say, its amazing what a little portion control and a few layups can do for one's ass. Let me show you what a typical day in my diet looks like. 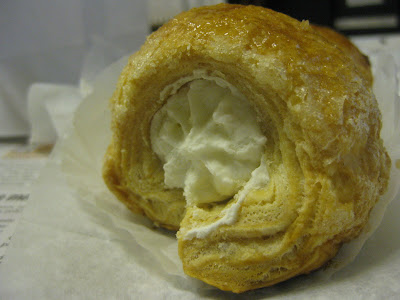 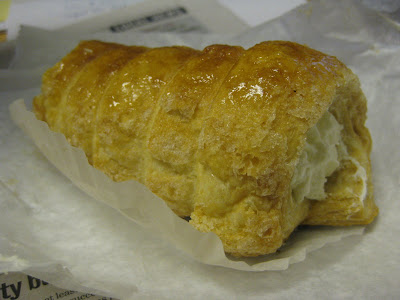 This is a whipped cream horn from Victoria Pastries located in San Francisco's North Beach neighborhood. Light, flaky pastries like this are practically made of air, therefore they must be low-cal. I took a bite of this and said to myself, "Damn girl, you are really serious about this diet!" 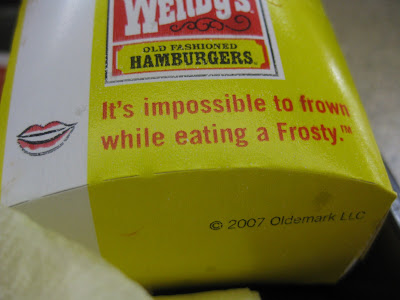 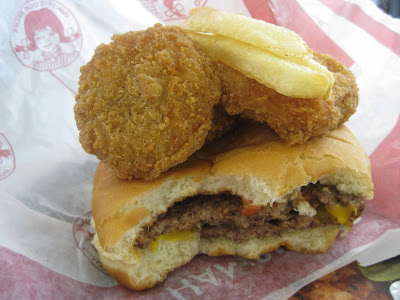 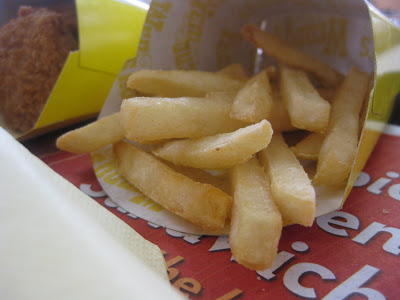 So instead of DRIVING to Wendy's, I opted to walk SIX WHOLE BLOCKS there. It was not an easy trek, but I did it. I asked myself, "What would Richard Simmons Do?" Anyhow, I opted to order from the Value Menu because the portions are smaller AND its economical. I ordered small fries, a small root beer, a double stack, and a 5 piece nugget. I walked out skinnier AND richer... 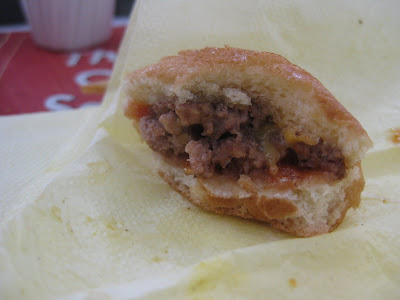 Now this is the hard part...portion control. I know what you were thinking, "Bitch, you ordered a double stack!" BUT, what I didn't do was eat ALL of it. I only ate about half of it and this is what remained. 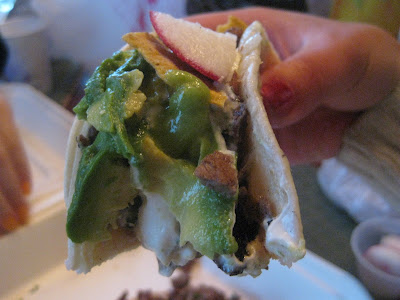 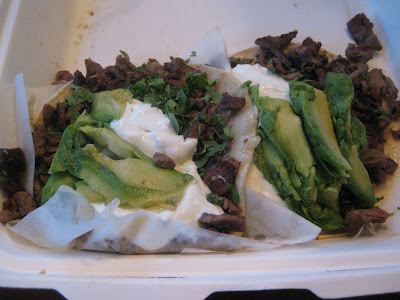 So an hour later, me and my friends hit up Guadalajara's, which is only the greatest taqueria in San Francisco. Back in the day when I was fat, I used to order the carne asada super burrito with extra sour cream. But now that I am not fat anymore, I said, "NO THANK YOU! BUT I WILL JUST HAVE TWO CARNE ASADA SUPER TACOS!" Only, I said it in Spanish because I am not a gringo.

And there you have have it folks, dieting made easy and simple. All you have to do is practice portion control, incorporate movement into your lifestyle, and ask yourself periodically, "What would Richard Simmons do?"
Email Post