Burma Superstar: That Is What You Are

I first heard about Burma Superstar from a presentation done in my Food and Wine class on Burmese cuisine. It was described as a cross between Thai, Chinese, and Indian food, which intrigued me because all 3 of those cuisines are amongst my top 69 favorite cuisines. I've never had Burmese cuisine before and never gave it much thought, but that presentation had me hurtin for a BURMESE squirtin!

So the first time I tried to go here, I went to the location on Clement Street in San Francisco and there was a 45 minute long wait! Mind you, this was around 9ish on a Tuesday night. So we ended up going somewhere different cause we already had that hungry, rabid look in our eyes and couldn't wait that long or else someone would have died in the name of garlic noodles. But from that moment on, I KNEW that I had to eat at Burma Superstar because people don't wait 45 minutes for mediocrity...except for the morons that wait in line at Pink's.

So the other night I finally ended up going to their location in Oakland in Temescal aka the Williamsburg/Silverlake/Track Bikes McGeeversville part of town. Naturally, when gentrification exiles the crackheads and the angel dust clears, the hipsters appear and the good food follows. 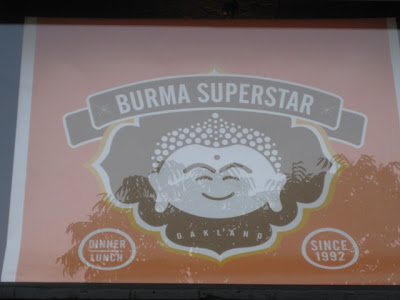 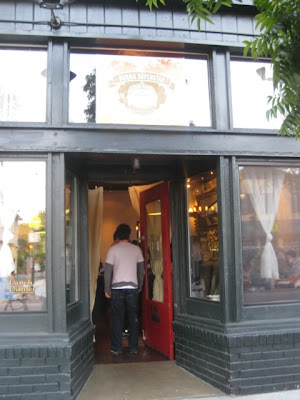 The exterior. You can't see it but there are 5 foot grease stains on the windows where I was pressing my body against the glass. They threatened to call the police but my friends somehow convinced them I wasn't a meth addict and they let me in. I just get really excited when I try new restaurants.

So the real reason we ended up at Burma Superstar was because we desperately wanted sangrias and when you look up "sangrias" in Oakland on Yelp, Burma Superstar pops up. And rightfully so because their sangrias were ON POINT! 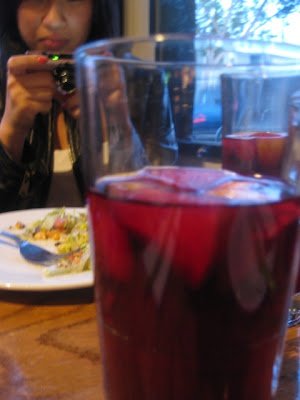 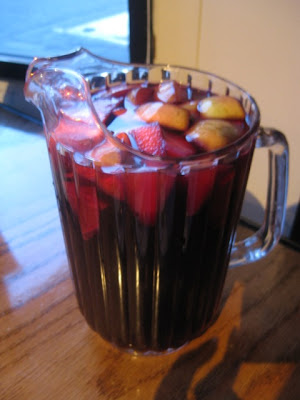 They have both red and white wine sangrias but we opted for the red after our waitress suggested them. I think the sangria was supposed to have lychee in it but didn't quite taste it but perhaps the white sangrias were the ones with lychee in it. Whatever, we were just happy to have SANGRIAS! My homegirl, Oaklandass Mimi had quite the night with just half a watered down sangria...bless her Vietnamese heart. I on the other hand could have used several more pitchers of sangria... 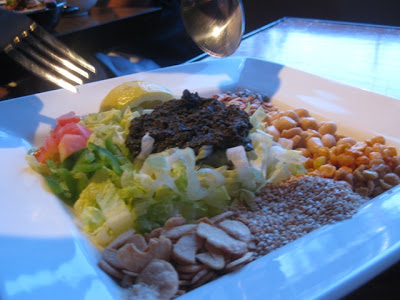 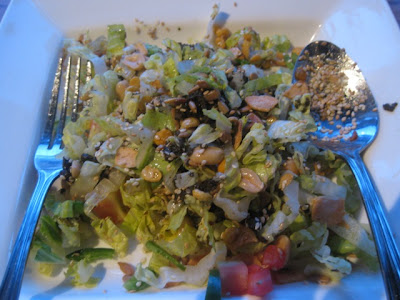 We started off with the Tea Leaf Salad which is their signature dish and I'll be honest, I wanted to try it because of the hype but faked being excited because it is after all a salad. Salads remind me of dieting and dieting reminds of entertaining thoughts of suicide. Also, I was half expecting it to have a Thai Milk Tea dressing so imagine my disappointment when I didn't see my veggies floating in a bed of orange liquid. Anyhow, I was pleasantly surprised when I tried this because it was goddamn DELICIOUS! It consists of fermented tea leaves, tomatoes, lettuce, dried shrimp, fried garlic, sesame seeds, peanuts, and split yellow peas. It was a crunchy, refreshing dish that got me excited in all sorts of ways ;) 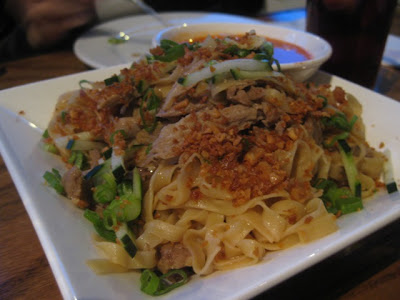 Next came the GARLIC NOODLES with DUCK! Now if anyone knows me, they know that I LOVE duck, especially after a long night of partying. After the club, I can typically be found being laughed at and photographed, face down in a plate of duck soup at Osha. Anyhow, the Garlic Noodles were THE BUSINESS...pretty simple: flour noodles, fried garlic, scallions, and duck! QUACK BITCH! 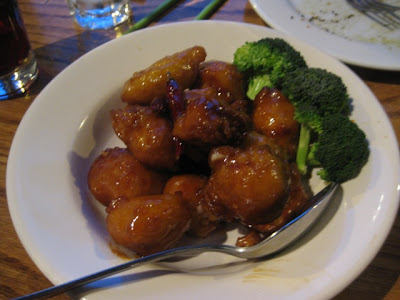 This is the Spicy and Crispy Chicken, which is deep fried chicken breast in a sweet, spicy sauce with chili and garlic. I think my friends described its glory pretty accurately when they proclaimed, "Damn, those chicken nugget things are HELLA good!" 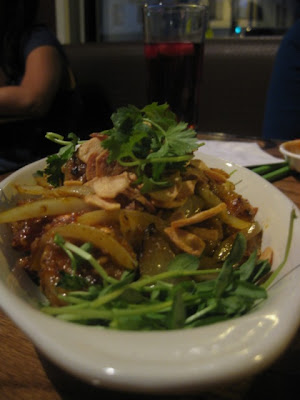 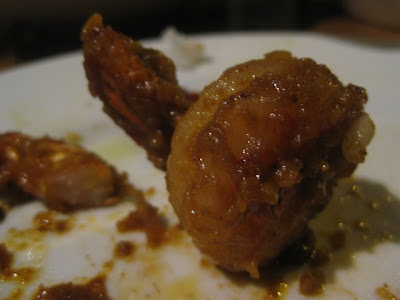 Here we have the Garlic Chili Shrimp. WADDUP? I HIT. WHAT ELSE? PLUS DOME. SAY WORD?...AND WE GOT IT ON TONIIIIGHT! (Some dishes remind me of Cam'ron songs.) 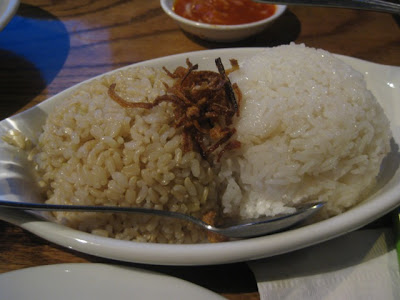 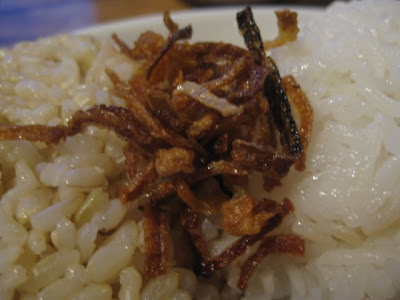 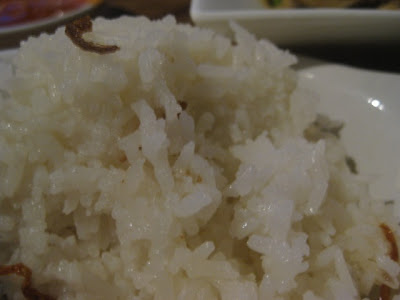 Okay, listen up...you MUST order the Coconut Rice or else you will have done everything wrong. EVERYTHING tastes better with a side of Coconut Rice because the coconut flavor compliments all the dishes so brilliantly and MAN, god, Jesus, Moses, Noah, I LOVE IT!!!!! Its just so rich, creamy, and flavorful and its like having a month long Luau in my mouth. 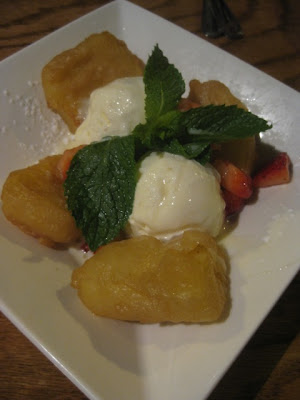 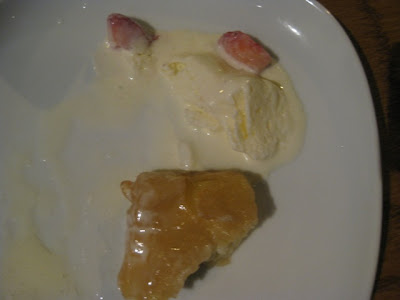 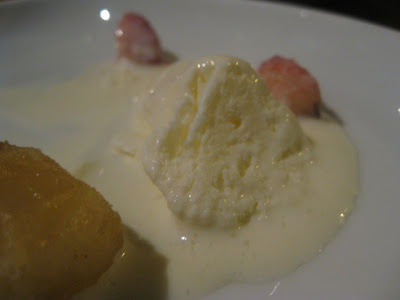 We topped the meal off with some Fried Coconut Fritters with coconut ice cream and strawberries. Sexcellent. Beautifuck. Oh my lord...

In conclusion, Burma Superstar is one of my new favorite restaurants and I desperately want to try everything else on the menu. Every dish we had was extraordinarily delicious, unique, and damn near tantric.

Somehow at the end of the night, this poor, hermaphrodite doggy ended up in a headlock. Take note of the fear in its eyes...I've never seen anything like it before. I blame Burma. 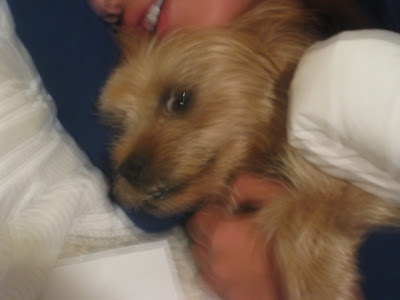