I'd been seeing images of the Biscuit Taco on my ESPN app all week and the anxiety from not having tried a new Taco Bell menu item was crippling. If only I had the discipline to rise 20 minutes earlier in the morning, I could have tried it earlier in the week but my body and soul are held captive by my snooze button and there is no negotiating with that son of a bitch. So I finally made it there on Saturday morning and it was a monumental SUCCESS.


I ordered the Chicken Biscuit Taco with the jalapeno honey sauce and sausage gravy sauce and the Sausage, Egg and Cheese Biscuit Taco. I'm a huge fan of Chick-fil-A's Spicy Chicken Biscuit, but they haven't had the decency to build one within 3 miles of my work or home like I've repeatedly asked, so that's kind of a special occasion snack for me. This Chicken Biscuit Taco looks like it's going to be able to fill that void, so Chick-fil-A can take it and shove it in a warm place until I can muster up enough gas money and desperation to convince myself to drive to Sunset and Highland on a non-Sunday. 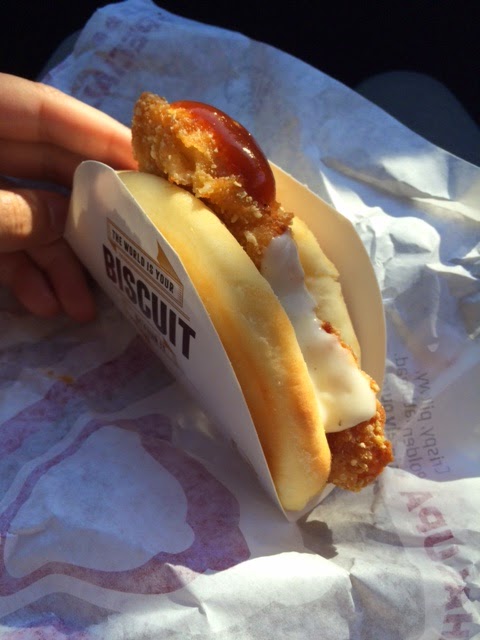 You see that move right there? I did a half sausage gravy and half jalapeno honey dunkaroo because I am a saucy genius otherwise known as a Saucetitute.

My only single complaint about this is that I desperately needed a Louisiana-type hot sauce for this chicken biscuit thing. I didn't wanna use a regular hot sauce because you cannot simply slap any old hot sauce on any old thing. A taco requires a Tapatio-esque hot sauce, while fried chicken requires a Louisiana-esque hot sauce and a Bloody Mary should be made with a nice Tabasco. Again, this is the kind of knowledge that comes with the territory of being a Master Saucetitute. I'll be offering online courses to become a Master Saucetitute where I'll send you a certificate after making you watch a series of YouTube videos of me guzzling different varieties of Cholula while wearing a tarp.

In conclusion, this is... 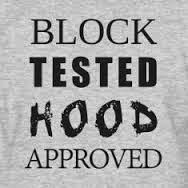