I Ate, I Farted, I Conquered: LA Weekly's The Essentials 2015

Last weekend,  I had the pleasure of attending LA Weekly's: The Essentials event in Downtown LA's California Market Center. It's an event that LA Weekly puts on annually where they invite 55 of the best restaurants in LA and a bunch of wineries to get attendees fat and drunk over the course of several hours. We went last year and it was the most magical day drinking event that I had ever attended; ate my ass off, drank an obscene amount of wine and blew a 0.2 at the breathalyzer booth. This year's event was possibly better than last years, except they didn't have a breathalyzer booth for me to show off at. I recommend buying the VIP tickets in advance so that you can enter an hour before everyone else so that you can avoid lines and ravage the food tables before the peasants arrive.

Once I was released from the elevator, I made a run for the first table to find some noodles to suck on. Luckily, the Chengdu Taste table was there to provide a suckle of some cold spicy noodles and skewers that I was too afraid to try because I didn't want to prematurely set fire to my mouth too soon in the game. 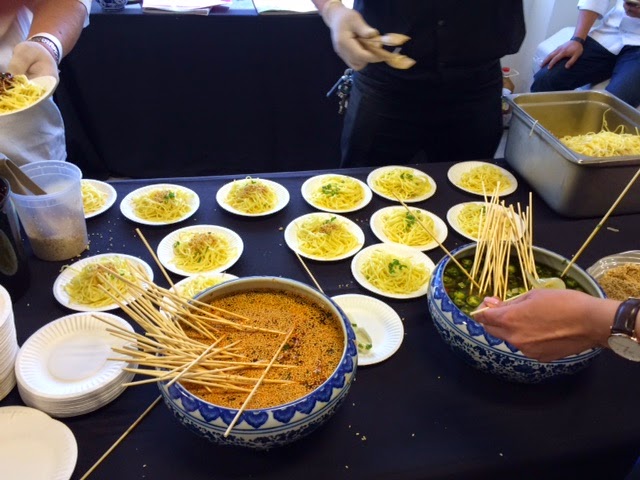 After spritzing my tongue down with a fire extinguisher and shattering every bone in my face, I moved to the next table where Kiriko was handing out BLUE CRAB HANDROLLS. FUHHH...you cannot just hand things like this out and not expect me to stand there and wolf down at least six.

I couldn't help but notice the display of oysters at the Connie and Ted's table, so I did a couple sets of suicides between the blue crab handrolls and the oysters. I'd never done so much sprinting while consuming sea life before. 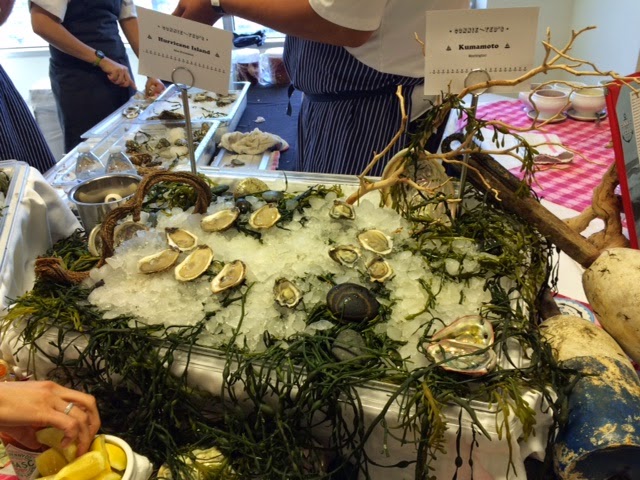 I spotted a foxy blonde guy manning the next table, so I wiped the algae from my face and walked over as seductively as I possibly could to see what he was about. It turned out to be celebrity Chef Curtis Stone handing out what looked like a fried brick with foie gras parfait from his restaurant Maude. I just shoved the plate into my panties, winked at him and went on my merry way. 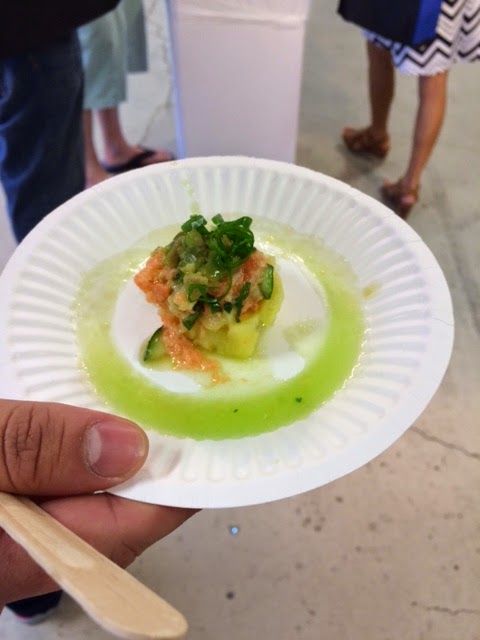 Got this gorgeous little salmon causa from the Picca table. Snack foods from the land of Peruvia are so elegant. 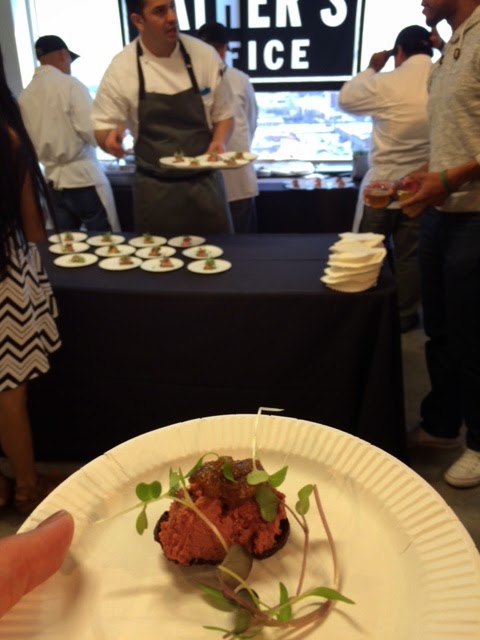 The favorite bite of the day was this chicken liver mousse crostini from Fathers Office. I'm not huge on chicken liver, but when it's ground up, spiced and run through an aerosol can, it transforms into a beautiful hair product. 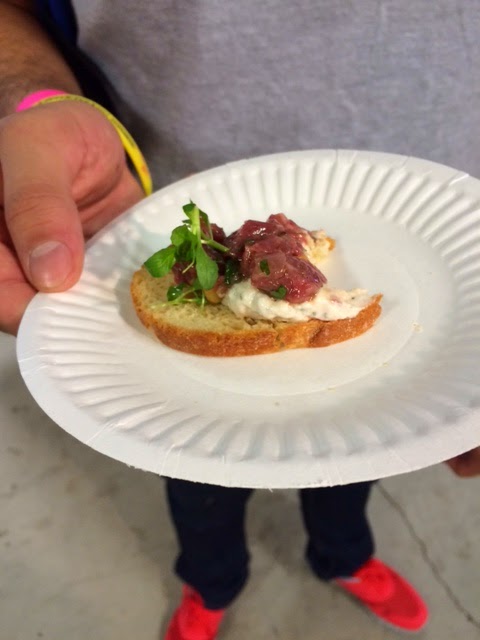 I believe this was lamb tartare from Animal? Or somewhere else...I have no clue. At this point, I was so delirious and so full of crostinis with odd variations of flesh on them that I pretty much blacked out. 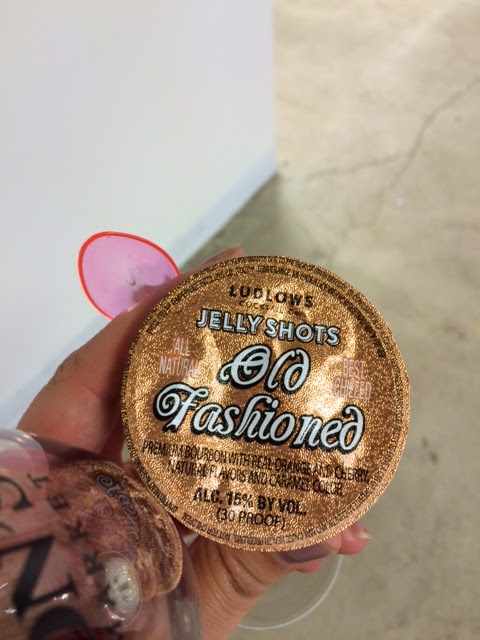 And lastly, this Old Fashioned jelly shot almost made me vomit. I don't think I've ever had a jello shot that wasn't chased by an inward barf.

I also met Chef Ludo Lefebvre, Roy Choi and some of the friendliest custodians I've ever met in my life. I also amass a large amount of free glassware whenever I show up to this, so that alone is well worth the price of admission. At least I think it was free...
Email Post