As a twentysomething living in LA, I was required by state law to pay roughly $300 and drive two hours to the desert land of Indio to attend a festival called Coachella. Coachella is the Navajo term for "large gathering of dehydrated white people." This is where the people of my generation come to discover innovative ways to indiscretely piss themselves and devalue their livers--all while in the nude. Despite everyones predictions, I did not die of heat stroke in a porta potty. However, I realized that I had never eaten so much fast food and Pepto Bismol chewies in my entire life. 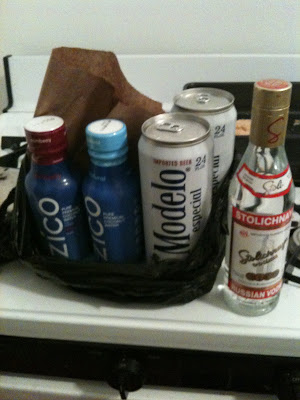 Being the smart person that I am, I pre-partied for 3 nights before I actually went to Coachella. My fellow hosebeast, Tina was visiting LA and we thought that it would be appropriate to completely ruin ourselves before spending 3 days in the desert. Night #2 consisted of Drai's, Jack in the Box, Stoli, Modelo Tall Boys, and Zico Waters (because we are responsible, young women.) That backfired because Zico Waters have the power detonate explosives in my stomach. 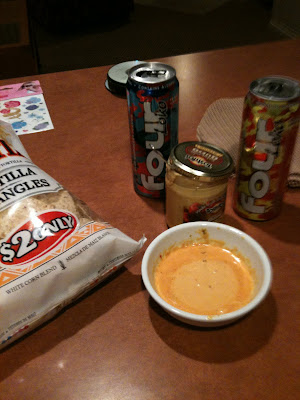 Coachella Day 1: What should have taken me 2 hours, took 5 hours after braving LA traffic on a Friday night. Got to Coachella right before the Black Keys set, watched that, and then decided to peace the fuck out after an hour. We retreated back to our hotel to drink Four Loko, make nachos, and do cartwheels/breakdance to the Lion King Pandora station until we caused sufficient brain damage to ourselves. 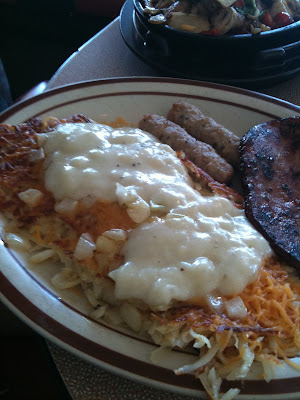 Coachella Day 2:The Denny's in Palm Springs is THE place to see and be seen. After all, we did spot Jeremy London there. Ordered hash browns with gravy, cheese, and onions because I am hip and have my finger on the pulse of all fried trends. 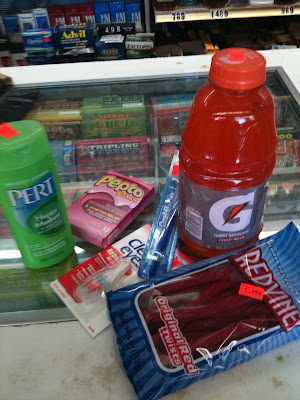 If I did not make this purchase, my friends would have ditched me and my eyeballs would have shriveled up and fallen out of their sockets. 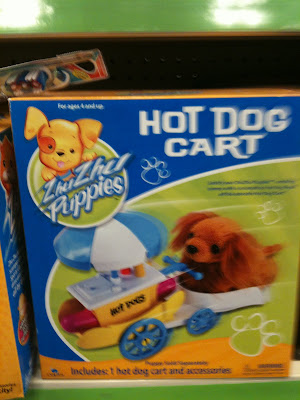 Spent the morning accidentally tattooing my hair to my neck with temporary tattoos and roaming CVS looking for Justin Bieber memorabilia. Didn't find anything, but I did find this. 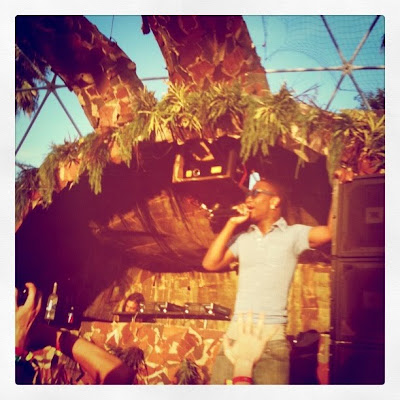 Finally saw the love of my life, Lil' B perform and nearly died in a mosh pit. I literally saw a girl emerge from the mosh pit covered in blood....doubtfully her own. It was an affair rich with delusions of grandeur.

Spent the remainder of this day shotgunning beers, people watching on the floor, lying to Egyptians, singing Blackstreet songs in a crowd of unenthused hipsters, urinating like we've never urinated before, and gathering loose bills on the floor at the raver tent. I've realized that the only benefit of being sober around a sea of people that are drugged is that they tend to drop money on the floor.

Spent the morning perusing the Dollar Tree and having an elegant lunch at McDonald's. Got to the festival and spent the entire day inside the air-conditioned smoking tents drinking milkshakes, smoking cigars, and discussing gnomes at ignorant volumes. Maybe saw a few bands? 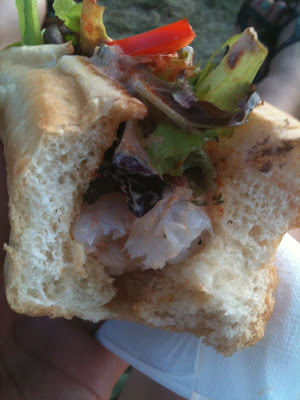 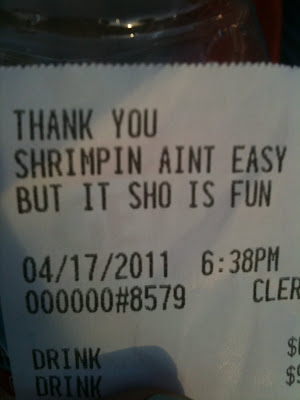 The only pictures I took were of my favorite new sandwich from the Shrimp Pimp truck. This is the Victoria sandwich...luscious shrimps, mixed greens, and some kind of spicy aioli. Incredible.

Drank the night away, danced at obnoxious speeds at the Chromeo show, and got mindfucked by Kanye West performing in a ladies blouse. Spent two exhilarating hours not moving in traffic, trying to escape the horseshit infested "parking lot."

Alas, I am back in LA, in Forrest Gump mode and will probably never recover from whatever the hell happened last week. Miraculously, my limbs are all in tact and am still employed.
Email Post

curlywurlyfi said…
Absolutely cracking post. Made me snort laughing. Thank you.
April 27, 2011 at 5:53 AM