Yes, the rumors are true...Drake did in fact write "Fancy" about me and my delicate lady ways. He would have a chance if he took a weedwhacker to the face one time and trimmed those brows, but until then I will reserve my affections for a man with more sensible eyebrows....Vinny of Jersey Shore. 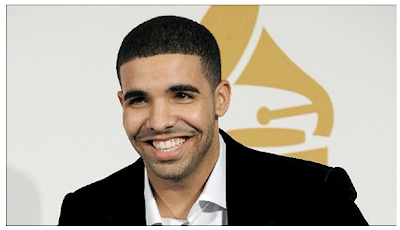 UNACCEPTABLE EYEBROWS. Line em up and we will be together one day, my Little Hairy Dinosaur. 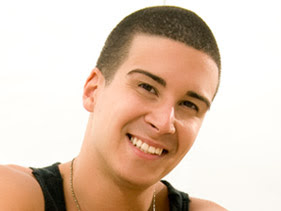 ACCEPTABLE EYEBROWS. Fellas, you too can achieve zero density with Crisco and Cholita eyebrow YouTube tutorials.

And that would be Lesson 101 of food blogging: All great posts should start off with an ode to facial/body hair deformities.

SO...the MANILA MACHINE truck has Cha-Cha'd its way into my little heart with its Filipino treats. I make it a point to support the food of my Motherland, especially when it is mobile and non-Jollibee related. 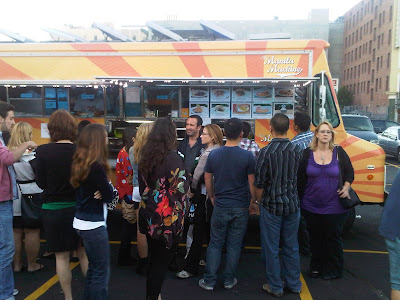 Found this gem at the LA Art Walk. Every food truck in LA shows up to the Art Walk, which takes place once a month. I've heard a lot about this truck and it's delicious, yet unconventional take on Filipino cuisine. They have stuff like Pan de Sal Sliders and Pork Belly and Pineapple Adobo...certified party-droppers if you ask me. 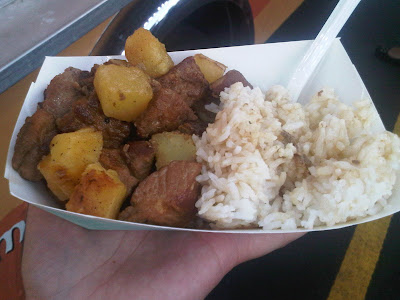 The Pork Belly and Pineapple Adobo. They took the simplest dish and pimped it the fuck out by using fattier meat and diversifying the flavor palette with pineapple. It's not only amazing in theory, but their execution was glorious. I think I speak for all of Daly City when I say the Serramonte food court would be proud to house you, Manila Machine. 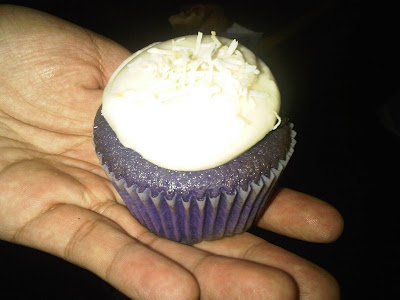 UBE CUPCAKE. I miss this thing everyday. I sampled it, rejoiced, and COUNTERPANTSED my friend in the face...Pacquiao style.

LA CEVICHERIA on Pico and Crenshaw is a nice little shack where you can enjoy dead sea creatures and Corona's for cheap. I read about it while stalking my archenemy Jonathan Gold online. I was hoping to run into him there so I could give him a piece of my mind and force feed him a San Francisco burrito, but he was not there for some reason. 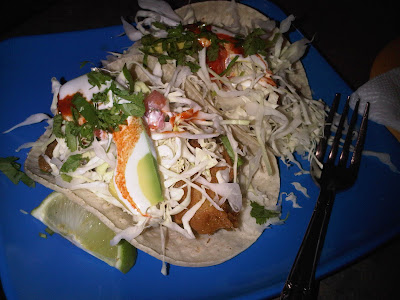 Fish tacos...nothing to write home about but also, never a bad idea. 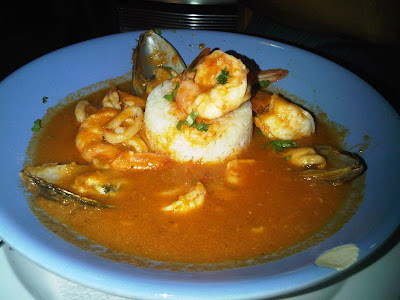 The Mariscada's is a seafood soup that had a broth that I would bathe in. Coconut milk, sea creatures, and a pile of rice made me smile. 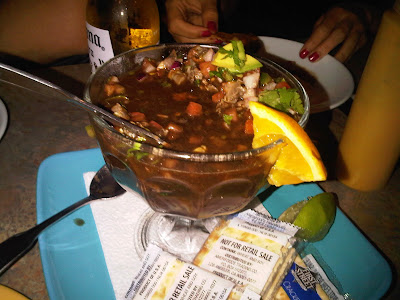 CONCHA NEGRA. Blood clam ceviche sounds like Guatemalan slang for a homicide but it's flavor would indicate otherwise. 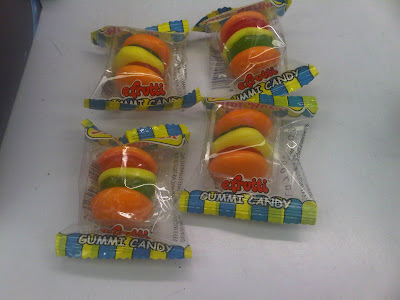