I would like to start this post off by informing you all that I now have proper furniture and am no longer sleeping on floatation devices. I appreciate everyone’s concern and no, I am not squatting in an abandoned building.

But of course, I have managed to make my living situation uncomfortable by convincing myself that my apartment houses poltergeists. I had a situation where my vintage JC Penney television turned on by itself. Or I accidentally hit the power button with my knee…I don’t know. All I know is I haven’t slept properly since because I am convinced that my Blind Lemon Jefferson poster is haunting me. 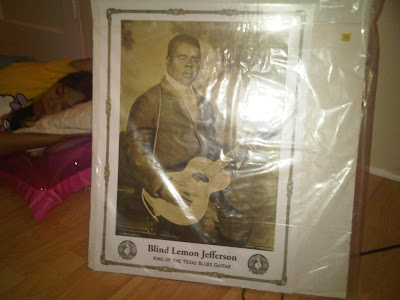 I swear I saw the poster vibrate the other day.

To alleviate my fear, I have been professionally victimizing Korean taco trucks. It's daunting to my mid-section but someone has to do it. Behold the Calbi BBQ truck... 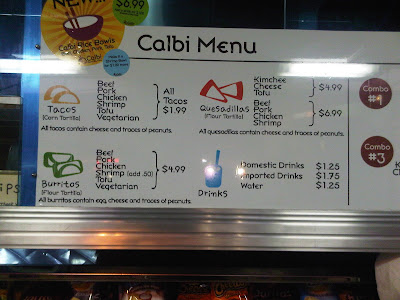 Found this bad boy parked on La Brea and 3rd. Me and my pal, Mimi came here after hiking up Runyon Canyon in our alligator shoes because we decided that we should treat ourselves to some traditional Korean delicacies. 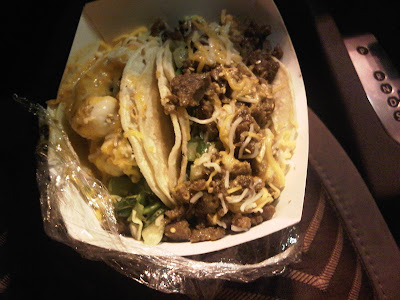 When I say "traditional Korean delicacies", I mean beef and shrimp tacos. Their kimchi quesadillas were off the hook too.

Our lady friend Jizzo came down to visit and so we took her Chinese ass to The Griddle Cafe on Sunset because that is what you do when a Chinese person travels great distances to see you. 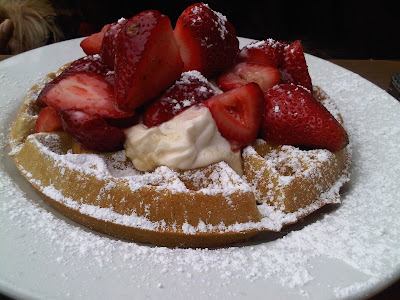 WAFFLES. I personally have never had a bad experience with a waffle and this one is no exception. It was a bit over the top but when has that ever stopped me from putting something in my mouth? Not never. 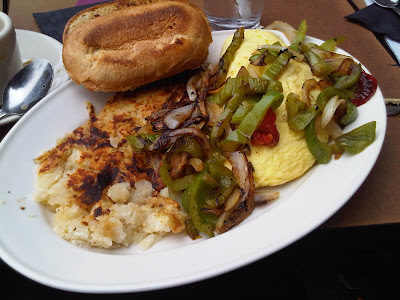 The Hoagie Omelette with italian sausage, mozzarella, bell peppers, and onions in it. Pure 100% Full Grown Ecstasy. Shit had me cross-eyed and grinding my teefs. 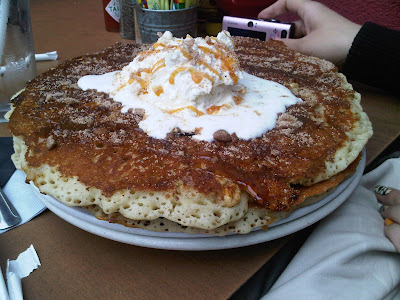 Alas, the Golden Ticket. Brown sugar bananas inside a buttermilk pancake with caramel, walnuts, and streusel. It wasn't so much a pancake as much as it was a three-tier birthday cake for a cavity-ridden, silver-toothed toddler. Seriously, these pancakes are as big as my comforter and its downright wasteful to serve something so large to a single person. It was delicious, but we would have been okay just ordering this and a side of bacon for 3 people.

I make it a priority in my life to avoid the Hollywood night life at all costs because I need to retain the little dignity that I do have and I don't enjoy men in blouses. Thus, I prefer to go to bars downtown or anything else low-key and not infested with douche lords. Went to a whiskey bar called Seven Grand and they are the shit because they have about 90 moose heads mounted on the walls. 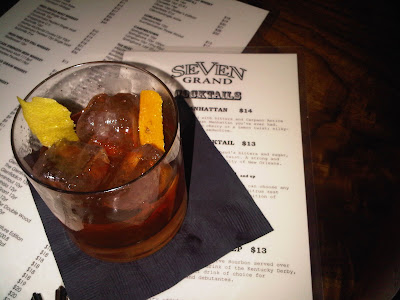 I have learned that whiskey that is not Jack Daniels or Jameson has the potential to not make me barf. Thus, I am a man now.

jack said…
Enjoyed your blog. You should stop by http://tinyurl.com/26okadh and review some restaurants on the site, we could use someone with humor.
July 16, 2010 at 8:39 AM