The chicken wing game in LA is FIERCE because there are actually places here that take pride in their wings and understand that wings are an art form. I dare anyone in the LA area to start an artisan chicken wing truck and I will provide you with menu consultation services for a discounted fee. I have a natural talent for chicken wing flavor design and I don't think anyones mastered the craft quite like I have. Okay, enough with whoring out my services and on with the wangs...

So my favorite Big Wangs is on Cahuenga, a block from Hollywood Boulevard. I heard they've opened up more locations, but I have no interest in those because this one is within walking distance from my apartment. 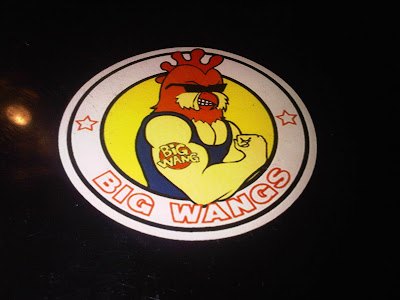 I am pretty positive that their mascot is a lesbian rooster. 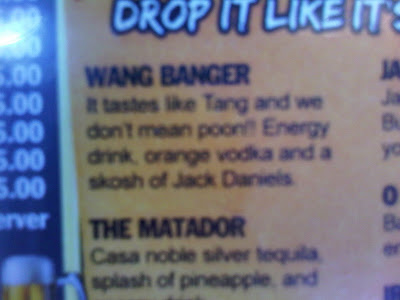 "It tastes like Tang and we don't mean poon!" I am in love with this place for very obvious reasons. 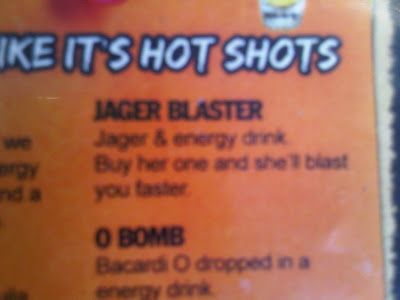 "Buy her one and she'll blast you faster." This menu alone deserves three Michelin stars. 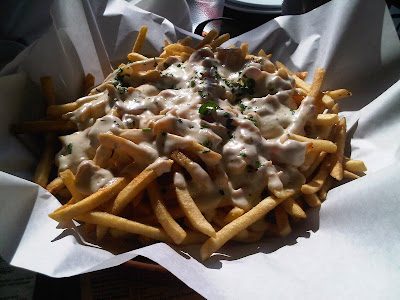 This is the HEART ATTACK. The alfredo bacon fries (or tater tots if you are really skeetin' for a beatin') are literally one of the top ten fattest things I have ever eaten. It was exhilarating, disgusting, and I had to reevaluate my lifestyle for several days after the first bite. But overall, I thought they were amazing and I imagine these reduce people to tears when they are inebriated. 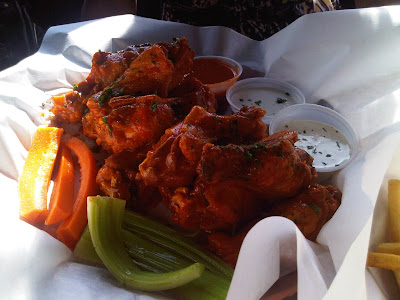 The WANGS. They are flavorful, meaty, and everything I could possibly want in a chicken wing. On Wednesdays, they have 50 cent wings when you buy a drink and on Saturdays, they have 25 cent wings from 11 a.m.-4 p.m. Yes, I memorized the wing deal schedule at this establishment.

So I've been here twice within the past three weeks and it only gets better every time. First off, pitchers range between $8-$13 dollars depending on how fancy you're trying to be. Second, the last time I was here, Dennis Rodman sat next to us with his blonde Ed Hardy'd out boo and her matching offspring. Theres nothing more thrilling than eating chicken wings next to Dennis Rodman, while watching a Giants game, and drinking beer.

So its summer and that only means one thing--COBBLER. So my shitstain of a friend Steph and I spotted this stand on La Brea and Olympic called Cobbler Mania. We screamed, almost hit several cars trying to park, and accosted the sweet woman working at the stand and forced her to photograph us in front of it. As luck would have it, she was sold out of everything except for a single sweet potato cobbler. I assume Paula Deen's good graces are responsible for this miracle. 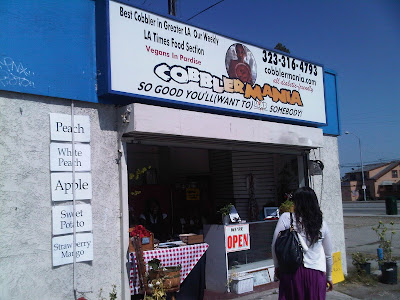 I desperately want to try the Strawberry Mango one. 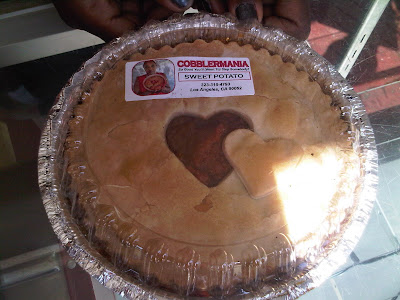 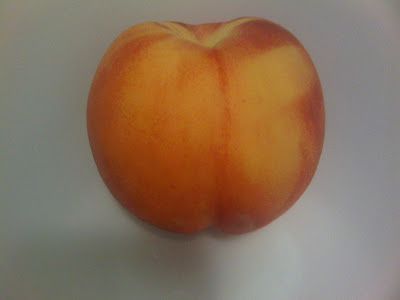 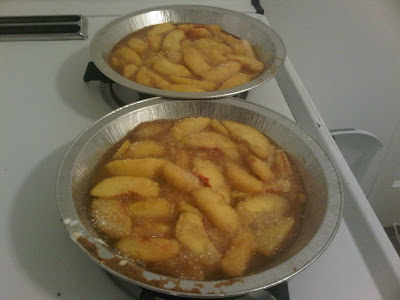 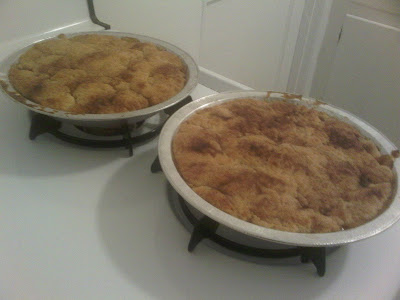 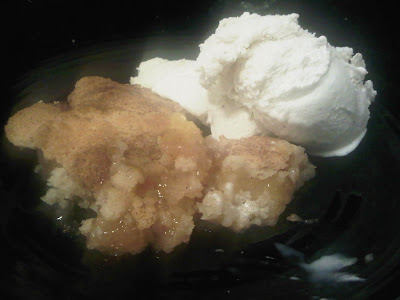 FUCKING SEXY, RIGHT??? I hope those instructions were useful to you.

Last but not least, I would like to send out a word of caution to today's youth... 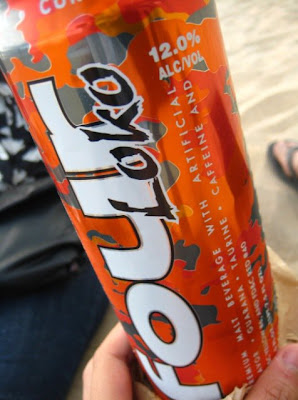 THIS IS NOT SODA.

Four Loko is a new alcoholic sensation that is sweeping the nation and I LOVE/HATE it. It looks and tastes just like soda but is 12% alcohol and is less than $3. I had one of these and became possessed by whatever's in it and proceeded to steal another one from the liquor store (God, forgive me) and drank a bucket of beers at a restaurant that I have no recollection of. I woke up next to my mother the next morning and asked her how I got home, which she did not take kindly to.

So kids, DON'T DO IT. Or do, if you have limits/self-control and only have $3.
Email Post

Daddy said…
This right here...yeah this is some top quality literature. Your style of writing and witty dialogue engages the reader. I would like to thank you for your humorous exposition of a day in the life of a fatass.
November 24, 2010 at 12:30 AM