I LOVE the show Community on NBC because:

1) Chevy Chase as Pierce has the greatest one-liners, for example:

Jeff: You started having sex with Britta's ex-boyfriend!
Annie: What? We haven't even kissed.
Pierce: That doesn't mean you're not having sex.

2) Ken Jeong as SENOR CHANG is the new Jesus Christ.
3) ABED AND TROY (Donald Glover's stand-up makes me pee my gauchos on the regular, BTW.)
4) That's about it

*The first two things on the list are interchangeable. 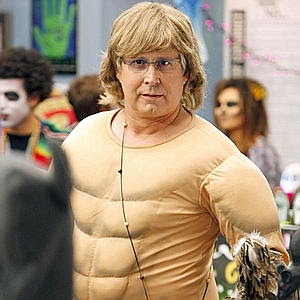 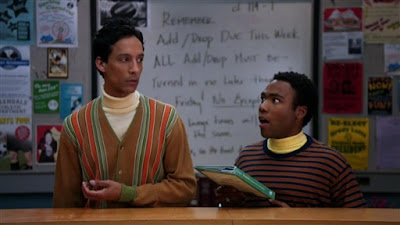 Last week's episode, "Modern Warfare" was a masterpiece and hands down, the greatest episode yet. I almost choked on my mom's Mother's Day present (a box of Cinnabons) twice. Watch this episode of Community or you will die of terminal virginity:

Anonymous said…
not to mention sweaty combat Jeff Winger was a stone cold fox, amirite? boners for days.
May 10, 2010 at 1:39 PM