SHUT UP BITCH AND MAKE ME A SANDWICH

I really don't wanna post anymore because it says that I currently have 69 posts. That's a lucky number and it upsets me when I get achieve this number and ruin it. Like one time, I bowled a 69 in the 7th frame and just sat the rest of the game out because I was so pleased with myself, then I tried to convince everyone that I was the one that actually won. But whatever, I'll keep going because I don't want the literary world to cry and explode.

It's universally agreed upon that sandwiches are important as fuck. When I open up a beer, I say to myself, "Goddamn, you know what would go hella well with this?" and I go, "What?" and then I go, "A SANDWICH. A BUFFALO CHICKEN SANDWICH." Then I look in the mirror and say, "SHUT UP BITCH AND MAKE ME A SANDWICH." At this point, I usually go to somewhere else and tell them to make me a sandwich. But last month, I decided to switch things up and so I invited a bunch of my friends over to my house and told them to make me a sandwich. A crab sandwich.

My friend Jizzo and I had the most amazing $15 sandwich at AT&T Park during a Giants game last season from the Crazy Crab'z stand. From what I could remember, it was a simple sandwich comprised of a Dungeness crab salad grilled in between two pieces of garlic bread. We were skeet-skeetin ourselves the entire game over these sandwiches and for several months until we decided to make our own CRAB SAMMIES. Here's the list of ingredients:

Shout out to Jizzo, Little Brown, Sean, Dri, and Angie for helping put these shits together. Yes, it took 6 whole adults to make a sandwich. 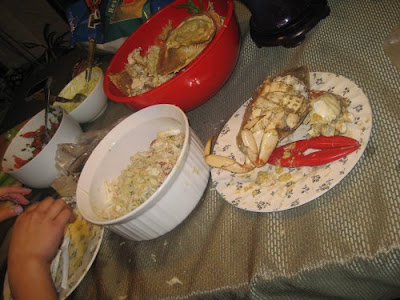 We spent an eternity dismembering and removing the meat from the crabs, which was traumatizing, painful, and putrid. It's no wonder imitation crab meat exists because extracting sizable amounts of meat from an actual crab is backbreaking. 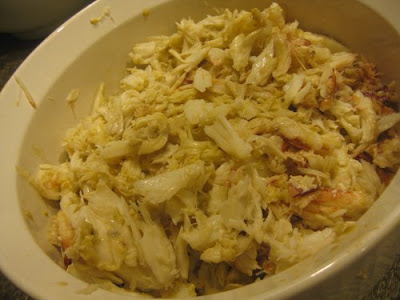 Blood, sweat, tears, and .004 ounces of crab meat is what we ended up with in this bowl. 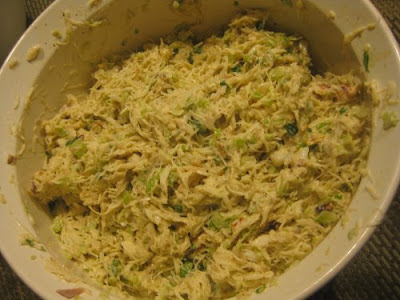 Mixed in the mayo, chopped up celery and green onions, then some salt and pepper. I don't know the exact proportions but you have eyes...figure it out. 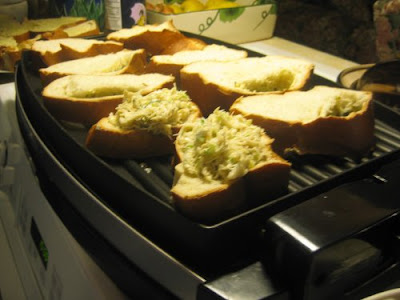 Spread the garlic butter on the sliced pieces of sourdough and threw them on the pimp grill. We added the crab salad mixture on top and then put the Meunster cheese on top. It wasn't working on the grill so we threw them in the oven until the cheese melted. 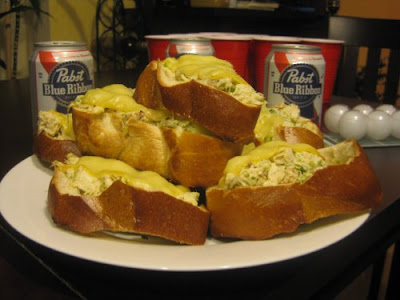 9 hours later, we scarfed these hitters down and washed them down with 18 rounds of beer pong. Crab sammies, a deluxe bottle of Moscato, and PBR pong = a goodass time/barf on the lawn. Holler at me if you need someone to plan your next party.

After all that sandwich making, I was feeling weary and burnt out but remained on an intense sandwich hype. My co-workers informed me of a very important sandwich over at the Ferry Building so I followed my heart/massive erection to the Roli Roti truck. 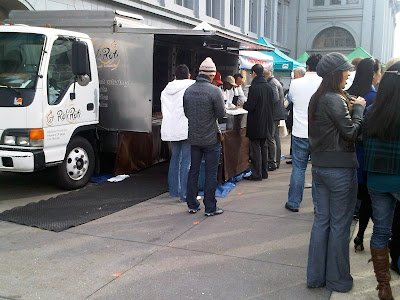 Dreams are made, fire-roasted, and served on Acme bread on this truck. They are parked outside of the Ferry Building on Thursdays and Saturdays, serving up rotisserie chicken and roasted swine to desperate pricks like me. 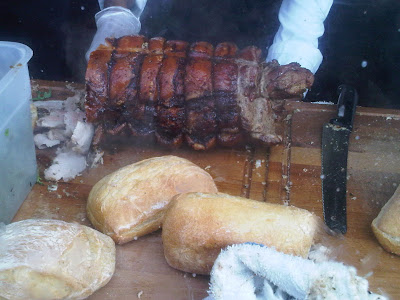 OH.MY.GOD. Porchetta baby. I was in line, straight up eye-fucking the shit out of this piece. I guess I wasn't being too discrete about it because the gentleman manhandling the porchetta reached out and handed me a piece of skin. He is currently my best friend. 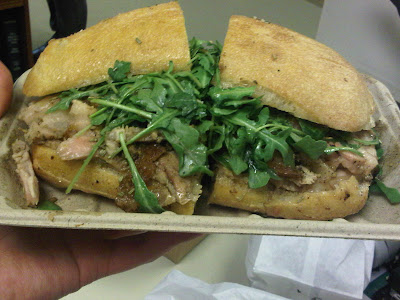 SLAM DUNK. BLAP! GOOOOOOOOOOOOOOOAL!! Porchetta, with a THICK, generous layer of skin, rosemary salt, caramelized onions, and I think that's arugula. There are no words in the English language that express this sandwich's glory...if I had to articulate it, I would just moan for an hour and then fart. Like, rapid fire. 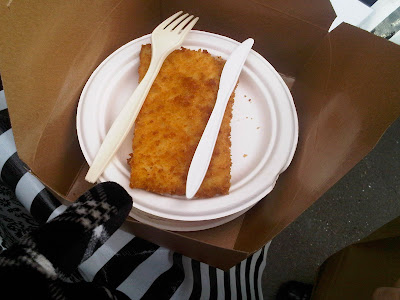 Got this brick of FRIED MAC AND CHEESE from some other pork vendor at the Ferry Building. We made babies.

See, I told you sandwiches were important. Now get your triflin' ass in the kitchen and make me a fuckin sandwich!!!!!!!!!! 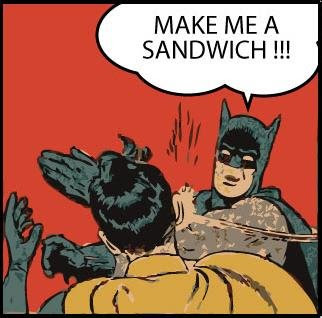 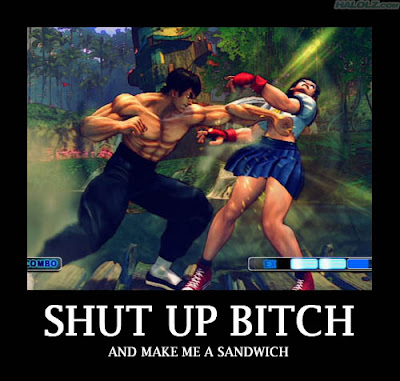 papawow said…
Holy smokes, I love the Roli Roti truck! It made waking up Saturday morning and taking my fanny to the Farmer's Market worth it.
February 25, 2010 at 8:53 PM

Viagra Online Without Prescription said…
sometimes there are a lot of people who always talk but they don't want to do your best, it is so sadly to hear many things at the same time.
August 25, 2010 at 6:58 AM