A little thing called the Blackjack taco at Taco Bell has been violently beckoning me in some very indiscreet ways the past couple weeks. First off, over the years, I have consistently fallen victim to the novelty of their promotional creations like the Volcano taco and the Crunchwrap Supreme. Just when I thought that the marketing geniuses at Taco Bell couldn't possibly outdo themselves, they revealed the BLACK (JACK) TACO. I need to meet the stoners that dreamed up and approved this. I also would love to see the footage of the boardroom meeting where these guys presented a Powerpoint of the "Blackjack Taco" complete with illustrated pictures of what it would potentially look like alongside pie charts and statistics displaying the demand for artificially dyed fast food. I imagine there was a post-presentation awkward silence and a slow clap, followed by rounds of high fives and bong hitting.

Second, the commercials are just too incredible. I've been voguing in my car along to the radio commercials for a good two weeks now and I've discovered the television commercial via youtube so now I can vogue to this song til my hands melt off my wrists. Also, as a fashion school graduate, I am well aware of the fact that the color black is very chic and slimming so hats off to you, Taco Bell for attempting to appeal to the fashion world.

So when my homie Steph made me listen to her eat one over the phone and I heard her rave over how amazing they were, I needed to have one too. She wasn't sure if the taco shells were made of blue corn tortilla or not and I decided I needed to demystify this elusive taco myself. 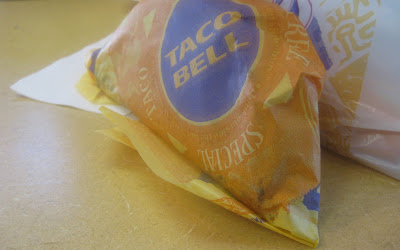 There was no special wrapper of any sort. CHEAP. 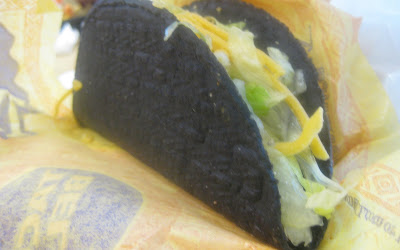 Okay so I'm pretty sure its just a regular taco shell dyed black and not a blue corn taco shell because it doesn't taste any different from their other tacos. It has some kind of special pepper jack sauce in it along with their signature mystery (chihuahua) meat, lettuce, and cheese. But it could very well be a blue corn tortilla shell because what the fuck do I know about blue corn vs yellow corn vs white corn. Maybe its time I grabbed a magnifying glass and a machete and do some hardcore Googling in a corn field. 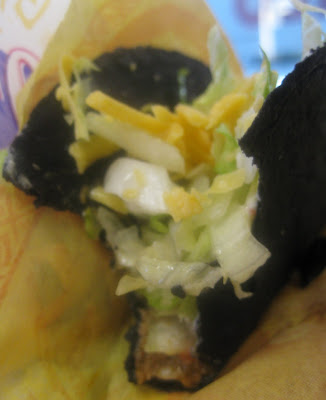 In conlclush, its a regularass taco that has a black shell. Luckily for Taco Bell, everyone knows damn well that everything on their menu tastes the same and people would drop dead if that were to ever change.

After all the Black Taco excitement, I found myself caught up in a fury of fatness that could only be stopped by one force: Fenton's. Fenton's is only the single most magnificent ice cream place in Oakland or better yet, the Bay Area. Sorry Mitchell's/Bi-Rite/whoever...Fenton's makes FAT, glorious sundaes AND they have beautiful ranch. I mean, I don't get sundaes topped with ranch but if it were socially acceptable and not embarrassing to eat with company, I would maybe attempt it...BUT only at Fenton's. 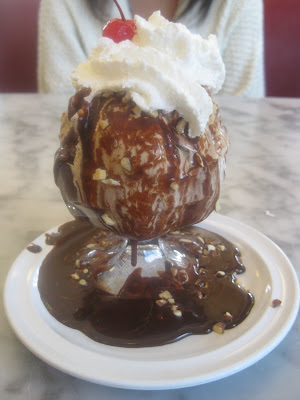 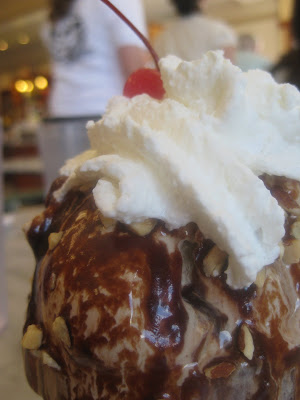 I ordered a SMALL sundae with toasted almond ice cream, peanut butter hot fudge, whipped cream, almonds, and a cherry. SMALL as in DIET. They make their own ice cream at Fenton's, they have all sorts of inventive and delightful flavors like toasted almond, banana nut, coffee cookie crunch, cream caramel almond crunch, and the list goes on and on. 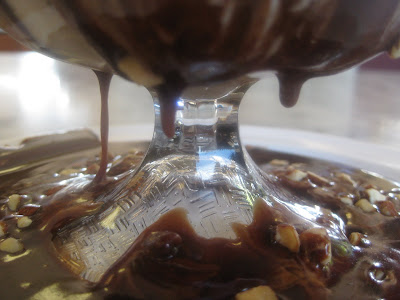 This picture could make a grown convicted felon cry. The peanut butter hot fudge is what I want my body to be enbalmed with when I die because you know, formaldehyde and methanol are just not cute. 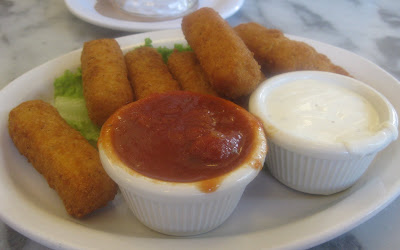 Mozzarella sticks with marinara and their world class RANCH. 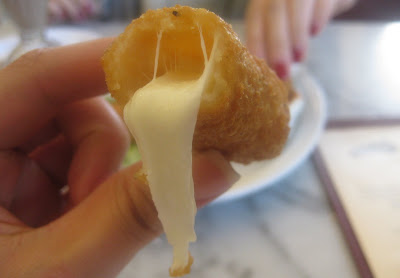 Floreta said…
Have you ever tried the Fenton Challenge? I went to school at Cal and not taking on the challenge is one of the things I regret about my undergrad years.
November 19, 2009 at 1:57 AM

Anonymous said…
ALWAYS be wary of anything that says, "Why pay more?" Black taco doesn't taste black, and we all know real black don't want you to go back to the old shit you used to have, right?

But those mozzarella sticks are way smaller than the girl-boner they gave me. Yay.
December 16, 2009 at 2:59 AM