I usually have Mondays off which is both a blessing and a curse. A blessing because there aren't too many crowds out and traffic is somewhat less horrific during the daytime...these are the issues that you're plagued with when you make the mistake of moving to LA. It's a curse because there aren't many things to do on Mondays because most other people with either in school or at work. Luckily, my homie Mona has Monday's off too so we usually attempt to exercise but somehow still end up in cheese coma's at the end of the day. This past Monday was no exception, we decided that it would be a good day to go to the beach since it was hot and sexy outside. Allow me to walk you through our "day at the beach"... 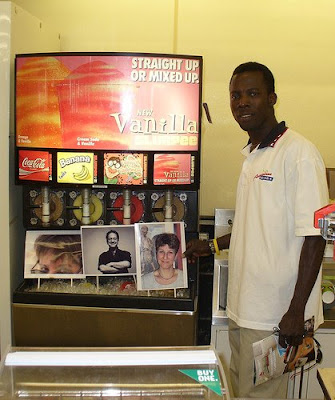 It was only appropriate that we kicked off the day by having breakfast at 711. Here I am in front of the Slurpee machine. Okay, I forgot to take pictures and this was the best I could do with Google image search.

We also had the Jalapeno and Cream Cheese Go-Go Taquitos or "Taqueefos" as I like to call them. The combination of Jalapeno Cream Cheese Taqueefos and Slurpees usually result in burps of horrifying proportions and are often responsible for the extinction of entire civilizations. 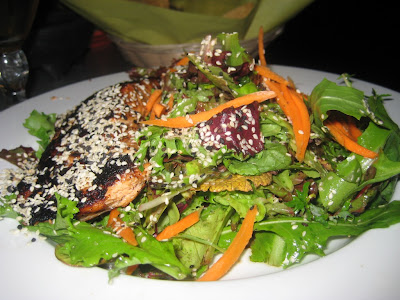 So once we got to Santa Monica, we asked some friends where to eat and they suggested a place called Library Alehouse on Main street. They have 29 beers on draught! The food was pretty damn good too, I ended up ordering the Salmon Salad. It was a glorious grilled salmon fillet sprinkled with sesame seeds which was laid atop a bed of spicy greens. I was extremely proud of myself for making such a healthy choice. 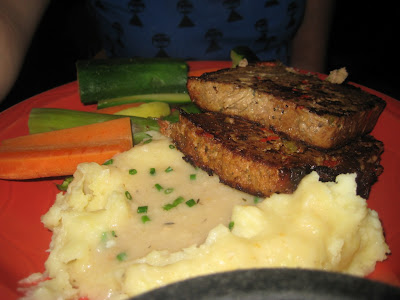 Moner opted for the Turkey Meatloaf. This bitch loves her some meatloaf. 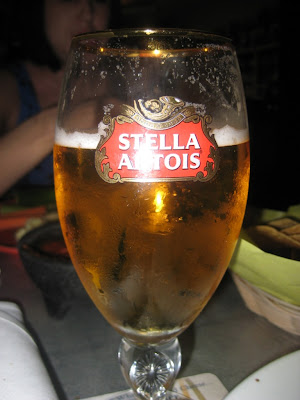 AHHHH...STELLA ON TAP. Nothing sexier than Stella on tap at noon. Seriously, try and think of something sexier. AAAAAND you can't. 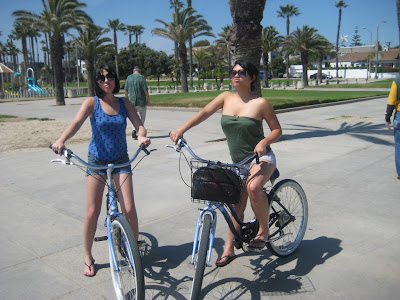 DAMN...look at these DIME PIECES on beach cruisers. I'm a natural on the bicycle...I didn't even break a sweat because I'm such an excellent athlete. Blame the calves. Better yet, FEAR them. 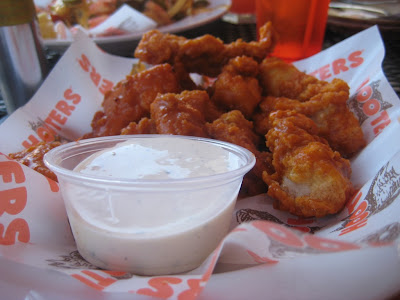 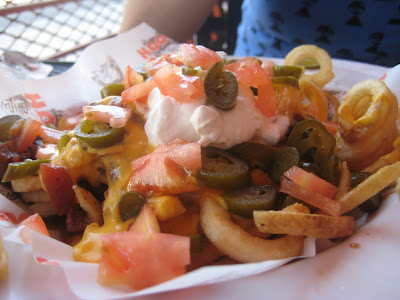 Naturally, after taking a step forward, we took ten steps backwards by going to Hooters. We originally just wanted to have some frosty cocktails but who can resist hot wings and jalapeno cheese fries? Surely not us... 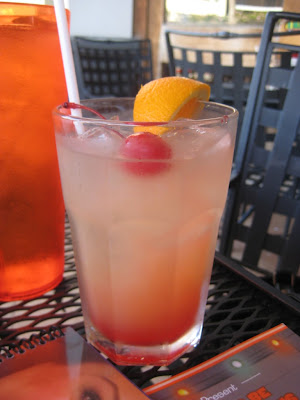 BAHAMA MAMAS! These shits have absolutely no alcohol in them. Some douche at Hooters actually tried to kick us out for being there too long and this bum kept walking by calling us lesbians. Overall, the trip to Hooters proved to be unnecessary and really aggravating. 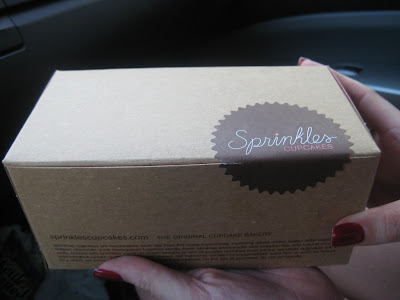 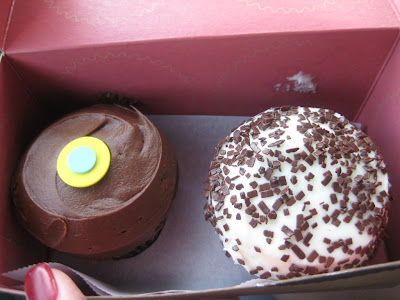 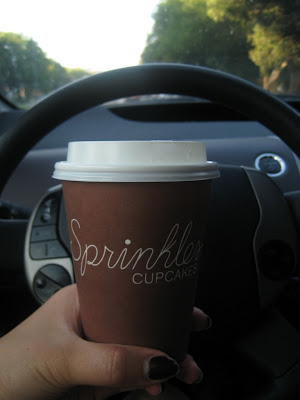 Somehow on our way home we ended up passing by Beverly Hills and when I think of Beverly Hills, I think of Sprinkles. So naturally I mentioned it and then Mona started chanting, "Sprinkles!" and I had no choice but to stop by. I got the black and white and Moner got the chocolate banana. Delicious as usual but at that point, our non-stop eating reached a point of ridiculousness. Although I must say that their organic whole milk tastes like half and half and I'm not gonna lie, that sort of turned me on.

Luckily, the day ended there and no one had a heart attack.

So, all that talk about taqueefo's reminded me of my first, true love...Cheesy Spinach Dip Go Go Taquito's from 711. They were a limited run at 711 in the summer of 2004 but let me tell you, them shits changed my life. I ate them damn near everyday with a 40 oz slurpee and somehow survived. After their retirement, I went through a pretty rough time and I wrote a letter to the insensitive bastards at 711. Shame on them for toying with a young hoodrats emotions. This is an entry that I wrote 3 years ago in my xanga in honor of spinach dip taquitos.

I wrote this moving letter in efforts to bring back something that is very dear to my heart. And I hope 711 listens...

Dear 711, I'm writing to you concerning your Cheesy Spinach Dip Taquitos. They were the most wonderfully delicious, tasty treats EVER. They pretty much made my summer. I'd say on average...I consumed about 8 of those babies per week. I sampled some of your regular flavors, but they were just nowhere near the level of deliciousness as the spinach dip ones. I really do miss Spinach Dip Taquitos. I frequently ask if they are coming back, but I never get a straight answer. And the Jalapeno Cream Cheese ones are okay, but they don't quite fill the void left by the Spinach Dip Taquitos. And I did refer this succulent culinary masterpiece to many of my friends...and as expected, they too fell in love with these taquitos. Seriously, the idea of spinach dip taquitos is ingenious and I just wanted to commend the minds behind this creation. And all I ask is that you bring these bad boys back...as a permanent staple in the taquito selection at 711. I would truly be overjoyed. Thank you.

[Chorus]
Oh can't nobody do it like you
Said every little thing you do
Hey baby say it stays on my mind
And I, I'm officially

711 responded to my email saying I should ask my local 711 to restock them, which I did and I spent a good 10 minutes begging the lady at the 711 on Taraval to bring them back. She said she'd order them but NEVER DID. To this day, I am still completely devastated over their untimely demise and hope that one day we may meet again in a better place.
Email Post