I woke up with red velvet barf in my hair.

I'm really bad at updating my blog cause I can never remember to fucking take pictures of shit. That and I'm lazy. This is gonna be a lengthy one...

So lets start with DAIKOKUYA , the most amazing ramen spot in Los Angeles. It's located in the heart of Little Tokyo on 1st street and typically has a crowd of assholes congregating outside of it ALL THE TIME. This place has one flaw and one flaw only...you have to wait forever and a day to get a seat because its a tiny place and people instinctively flock here like the salmon of Capistrano. I come here quite often and so I've developed a style and a routine. I typically run as fast as humanly possible in through the door, put my name down on the list, count how many names are in front of me, scream "FUCK!", storm out and then I discretely lurk around the window and eye fuck peoples food from outside. 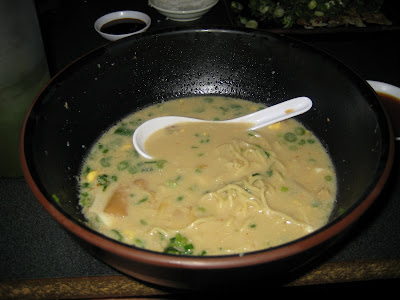 So this is the legendary Tonkatsu ramen that haunts me in my sleep. SURPRISE, SURPRISE...my dumbass forgot to take glamour shots of the food BEFORE I ate it. My apologies. Daikokuya prides itself in the quality and the love that goes into all the components that comprise a bowl of their ramen, which I think is beautiful. The broth is made from soy sauce and pork bones that they let boil for nearly an entire day, they only use kurobuta (black pork) which is known for its tenderness and unique flavor, and the egg is soaked in "special sauce" (otherwise known as crack) overnight. The entire process is quite poetic and it touches me deep into my loins. 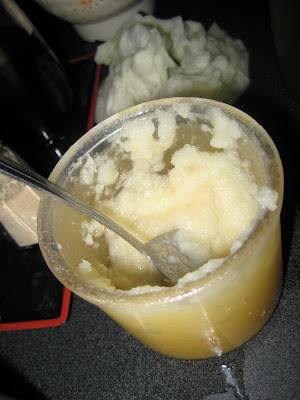 The ramen tastes its absolute best after you drop about an entire jar of garlic into it...depending on how badass you are. 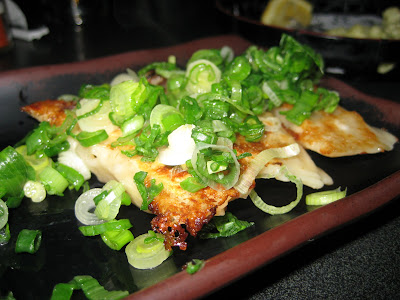 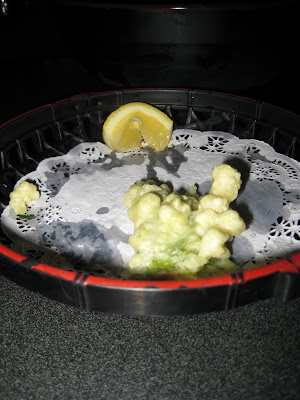 You can't come here without ordering appetizers because they are just as stunning as the ramen. The first picture is of the gyoza, which comes with a sweet soy sauce-like dipping sauce. The second photo is the fried spicy tuna, which can be dipped in sea salt for optimum enjoyment. Other notable appetizers would be the sliced roast pork as well as the sausage. You should also order a pitcher of Kirin because its ever so tasty and its common knowledge that Japanese beer gets you fucked up faster than other beers.

Another reason I like to come here is for the ambiance of the place. They have all sorts of retro Japanese posters up and theres a bunch of weirdass toys in the front of the restaurant that are fun to stare at while I wait. They always play music that sounds like old Japanese children's music, which is usually entertaining but borderline creepy. The servers are usually very friendly and non-offensive except for the lunatic white guy that talks with a fake Japanese accent and suffers from voice immodulation (cannot control the pitch or volume of his voice, therefore his regular speaking voice may be easily mistaken for yelling). 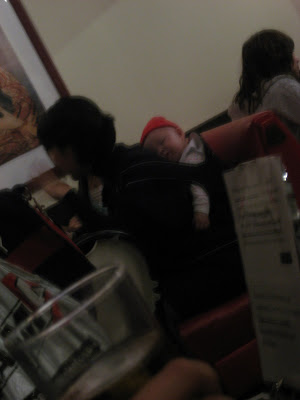 There is also a good chance of finding a really amazing DIBS here...such as this fat, Asian baby that knocked the hell out whilst he was strapped to his mothers back. We ran the risk of being on "To Catch A Predator" to take these damn photos and it made me sweat.

After ramen, we decided to head a few doors down to "I <3 Boba." WOW, does this place suck. I have never had a difficult time finishing my boba milk tea but for some reason, I couldn't finish that shit. Plus the people there are stingy bastards with the boba balls. SO...we were the only motherfuckers in the place and this crackhead opens the door, looks directly at me and says:

"Two things are gonna happen tonight. 1) I'm gonna murder you and kidnap you and 2) Yes, you will be impregnated."
(Closes door)
(Opens door)
"Stop laughing!"

I almost barfed up all of my boba cause I was laughing so hard. 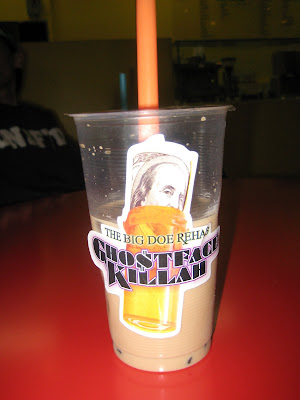 I put a Ghostface sticker on my boba.

As for me waking up with red velvet barf in my hair...

Last night, my co-workers and I met up to go to some party that Converse was throwing at some gallery in West Hollywood for the release of some sort of retarded shit. Prior to going there, we had some 32 oz. Miller High Life's a.k.a. The Champagne of Beers. In addition to that, the beauty of these parties is that they usually have open bar so lets just say I had a few. So to my delight, there was a table full of RED VELVET CUPCAKES...my favorite! Needless to say, I attacked the living shit out of that table. So by the end of the night, I barfed all over the sidewalk and my barf was BRIGHT CANDY APPLE RED! I had never seen anything like it...until this morning when I had to pick out bright red chunks out of my bangs. You're welcome. 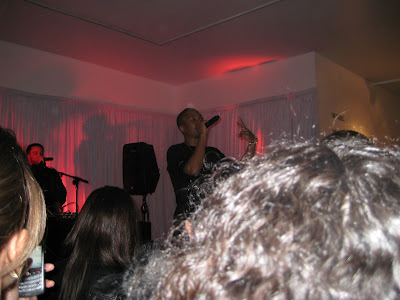 Lupe Fiasco performed his nerdy, little heart out. The whole time I was lustfully staring down the fat dude from Superbad, who by the way caught me looking at him and looked a little disturbed. 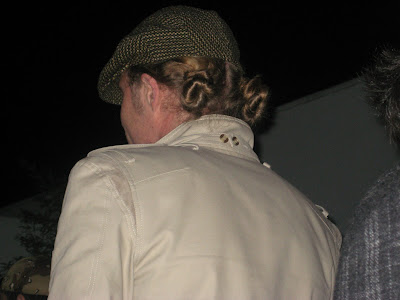 I shit you not, this is a man. These are the sort of hot babes I have to look forward to when I go out.

I'll leave you with some sexy photos that I took of my morbidly obese cat, Angus. He's gay and likes flowers. This morning, I witnessed him jump up 3 feet in the air and body slam himself against my doorway. He gets a lot of air for a fat fuck. 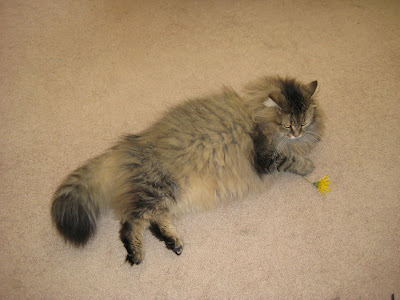 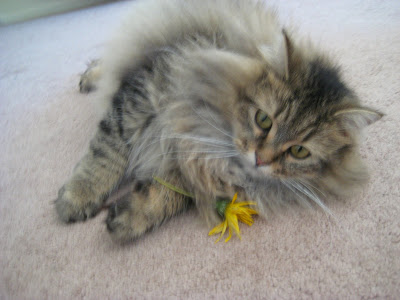 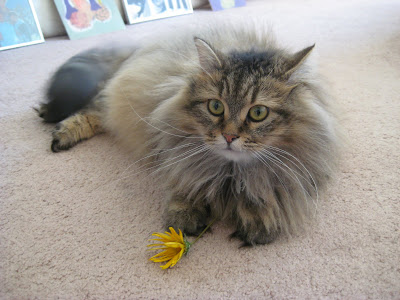 I would love to see you on there to chat about food and cooking and you can talk about anything you like and start your very own topics. :-)
or see my main food recipe website Jeenas food recipe site

You have an excellent food website yourself and your just the right person to take part on our cooking forum, your going to love it!

Hope to see you soon- your most welcome to come and join us foodies, we are a friendly group and you will have lots of fun. :-)