As you all know...I'm extremely holy and some of you even prefer to refer to me as "Glorious Most High." This is understandable since I was elected Commissioner of Religious Affairs in the 8th grade because of my outstanding holiness and am currently pending canonization into the sainthood, which is highly controversial since I'm still alive. Anyhow, thats neither here nor there...the point is that I went a little overboard in the spirit of Lent and gave up a few things that are very dear to me. I decided to give up three things: RED MEAT, FRIED FOODS, and SODA. I know you're all thinking to yourselves, "Well, what the fuck is she going to eat??" The truth is, I really don't know and am currently in a deep state of depression. But I've decided that I'm willing to go that extra mile for Christ this year.

Unfortunately, I broke all 3 of my Lenten promises the day that Lent started. I went to the movies and had a hot dog (RED MEAT), coke (SODA), popcorn, and nachos and then after the movie, Erika and I hit up Yum Yum donuts (FRIED). It was that goddamn cheeba. I felt really bad the day after and decided that it was because I didn't celebrate Fat Tuesday properly. So I re-started Lent the day after it started...I also made some amendments because I had to take my head out my ass and be somewhat realistic. 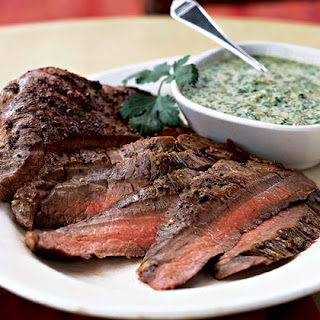 This is steak. I can't remember what it tastes like anymore.... 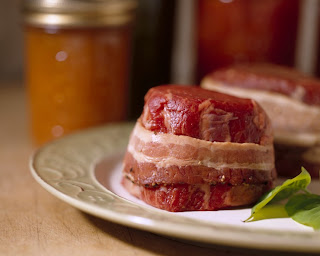 FILET MIGNON. BACON. I cooked turkey bacon the other day and tried to commit suicide shortly after. 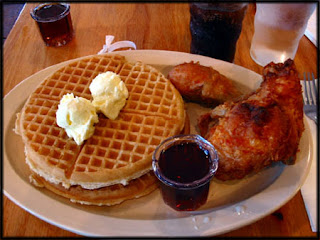 ROSCOES HOUSE OF CHICKEN AND WAFFLES. Pardon my massive erection. 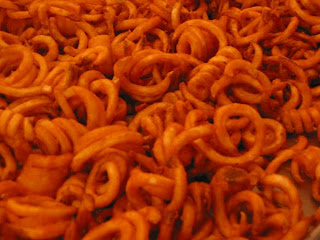 Thank god for the 2nd Amendment. 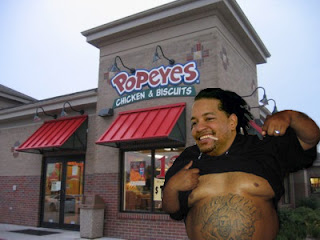 I predict this is what I'm gonna look like come Easter morning. You'll probably be able to find me at the Popeye's on Hollywood and Cahuenga at 12 a.m. Easter Sunday...weeping and wrestling crackheads for chicken strips.

So in conclusion, I guess I'm a masochist and possibly mildly retarded.
Email Post