Things I Eat To Gain Energy For Pokemon Hunting

Follow my blog with Bloglovin I am proud to announce that I have become a full-fledged Pokemon Master and will not stop until I have captured all of the Pokemon on the planet and slaughtered everyone else's. THAT IS A FUCKING PROMISE.

Yes, I have surrendered my womanhood to Pokemon Go and have zero fucks to give about what my mom and my boss the haters have to say about it. As Tupac once said, "All I need in this life of sin, is me and a thousand Poke balls, an active lure module and a lucky egg." Although, I would have to say the hardest part about being an adult Pokemon champion is maintaining a regular eating and drinking schedule. Sometimes I get so engrossed in the game, I forget that I'm a human that needs things like protein and gin tonics. So here are the few meals that I've managed to fit in between yelling at Pidgeys to fuck off and alerting everyone in my office that there's an Ivysaur somewhere on the premises.

After my rowing/TRX class yesterday, I was feeling lucky because I managed to not vomit, so I decided to do a victory lap around Koreatown to search for Poke Stops (places to get more Pokemon balls and other useless shit I have to throw away to make room for balls) with active lure modules (30 minute airborne drug that lures otherwise resistant Pokemon to a Poke Stop). 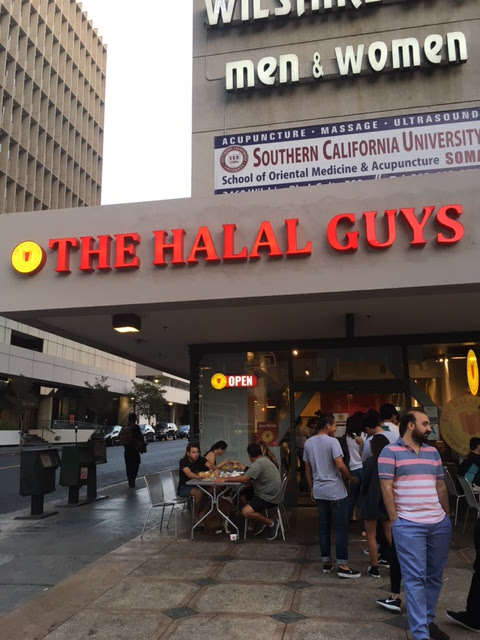 I saw that my lovers over at Halal Guys opened their Koreatown location and noticed that their line wasn't offensively long. I actually drove past it and said "FUCK THAT", but then I saw that it was located next to the Indonesian Consulate, which happened to be a Poke Stop, so I drove back and got in line. 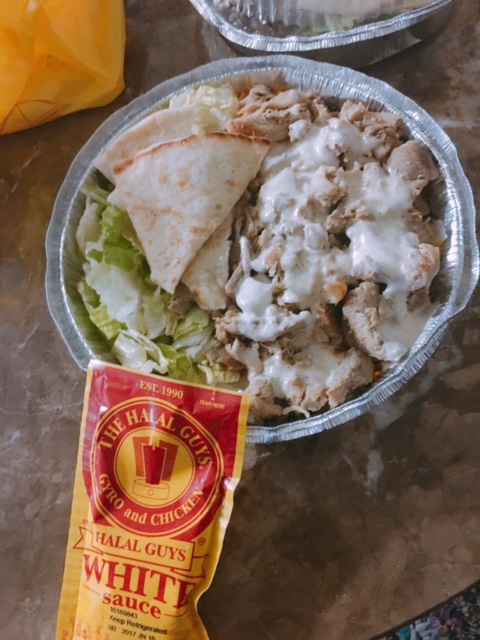 DAT WHITE SAUCE powered my hands with super-human strength to hold my phone and fling balls on my screen for DAYS. I should rub this on my eyeballs to enhance my vision, so that I can rapidly spot wild Pokemon. If you didn't know, white sauce is like Middle Eastern Tiger Balm. 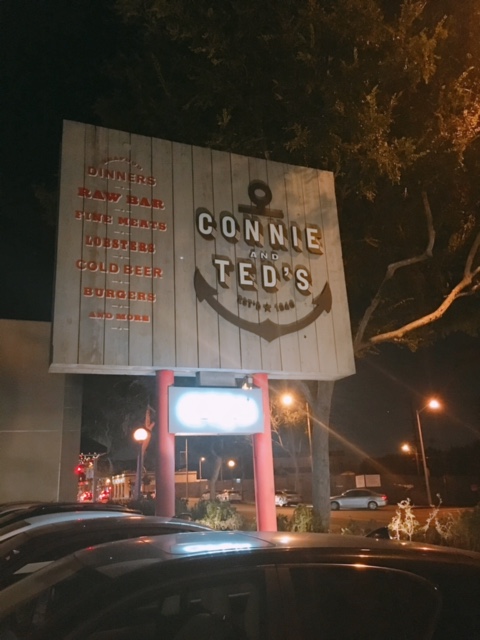 My friends invited me to dinner with them for Dine LA at Connie and Ted's in West Hollywood and I was reluctant about it interfering with my Pokemon time, but it turns out it was a POKE STOP. 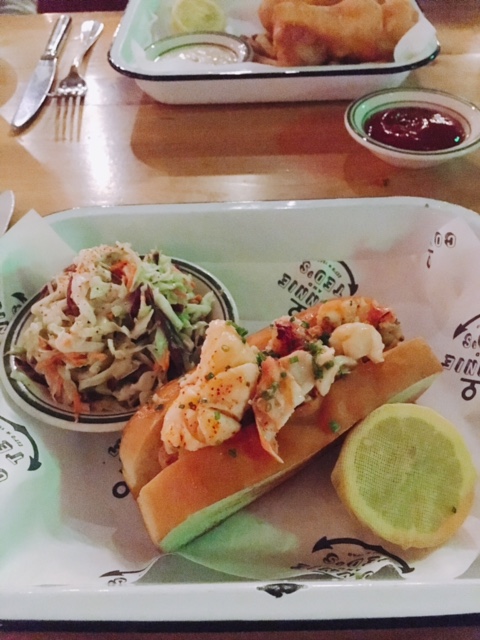 How could I not get a lobster roll here? You can't see it very well, but that lemon is wearing a condom. 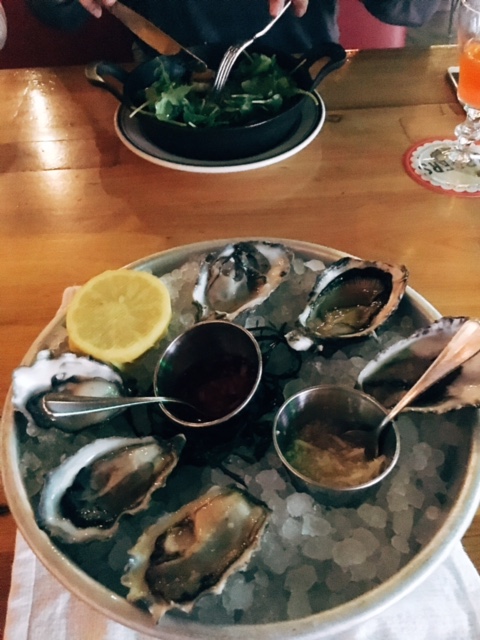 The Dine LA deal here is actually really good. For $39 bucks I got a cocktail, half a dozen oysters, a lobster roll and a panna cotta. 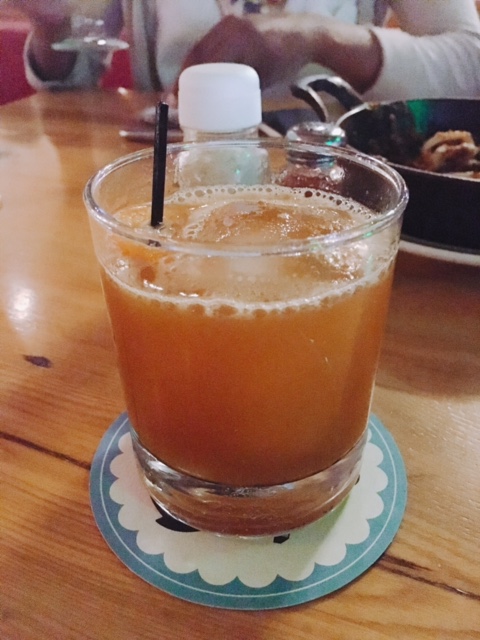 Some kind of bourbon cocktail. There's nothing better than drinking, catching Pokemon and ignoring your friends at the table. 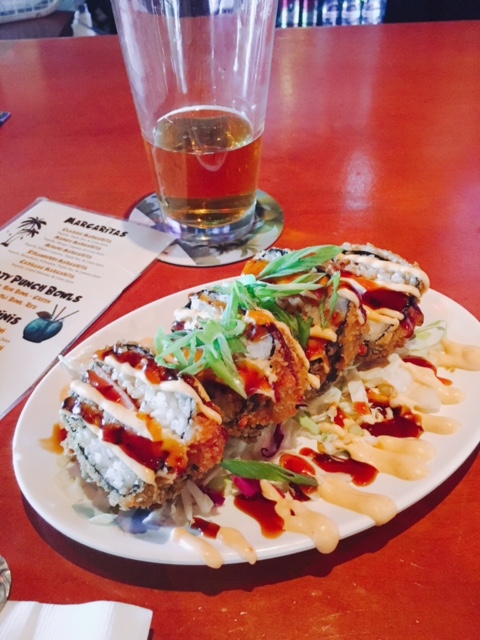 My boyfriend and I have been frequenting Shaka's in Alhambra because they are a nearby Poke Stop that happens to have ALL DAY HAPPY HOUR on Sundays. This here is the DEEP FRIED SPAM MUSUBI, which is totally nutritious and riddled with Sriracha mayo. Again, nothing better than drinking in public (at a discounted rate), catching these little fuckers in those balls and ignoring my boyfriend. 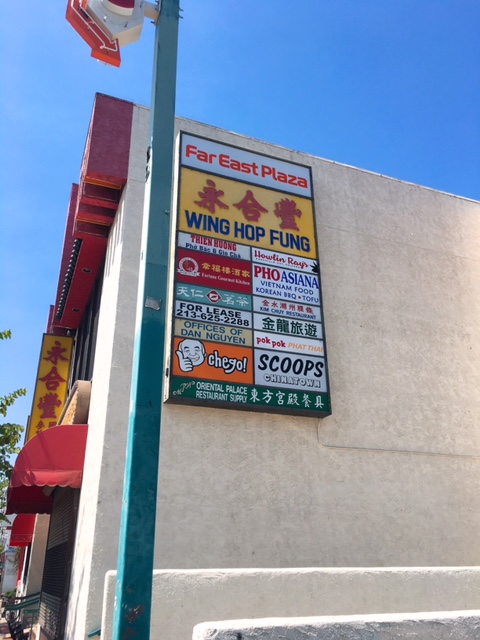 My family convened at this Chinatown plaza that houses all the hottest new yum yums in LA. We came for Howlin' Rays hot chicken, but the line was way too long for us to wait in, so we ended up having Chego and Amboy. Oh yeah, this place also housed a Poke Stop with an active lure module, so I isolated myself in a corner and yelled at my phone the entire time. 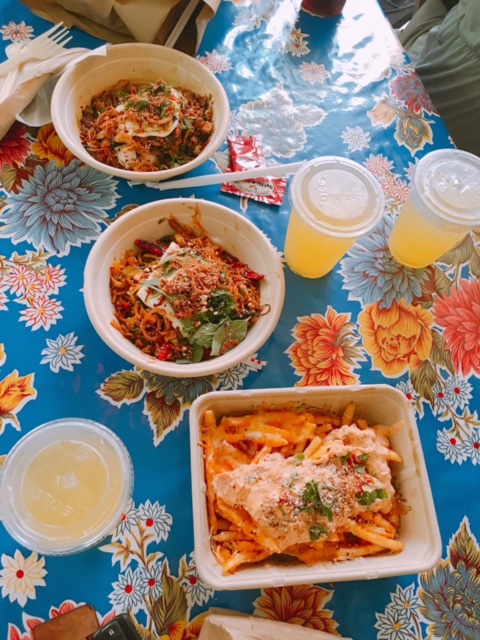 We got some spicyass noodles, chicken adobo and these Sriracha mayo-esque cheese fries from Chego. All bomb AF and they did a good job of distracting me from hoarding cartoons. 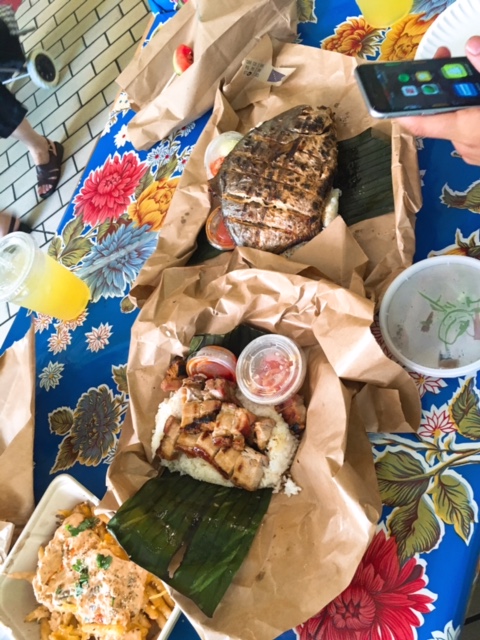 We also procured this Whole Grilled Magikarp and Primeape Belly from Amboy. Yes, I just substituted Pompano and pork belly with Pokemon names.

Now here are some photos of creatures that are either my pets or Pokemon. I can't tell the difference anymore because I can no longer distinguish the difference between real life and Pokemon. 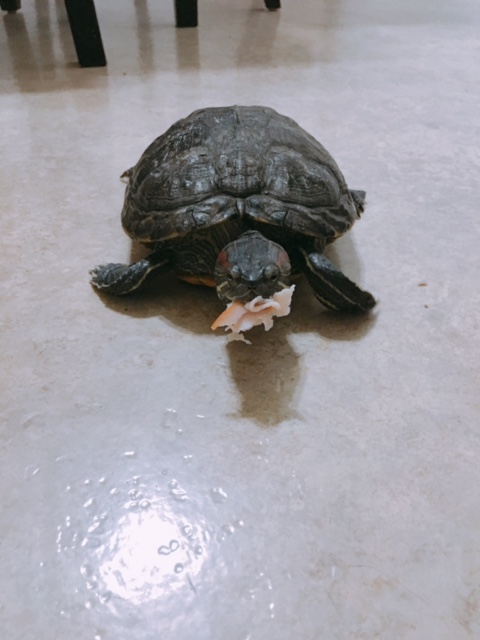 This is Squirtle. She is my boyfriends twenty year old turtle and she mean as fuck. She likes to run around and bully me into feeding her deli meats because she is a manipulative bitch. In this photo, I tried to feed her Aquatic Turtle Entree, so she tied me up and beat me and proceeded to steal turkey slices from me. As you can tell by the look in her eye, she is not fucking around. 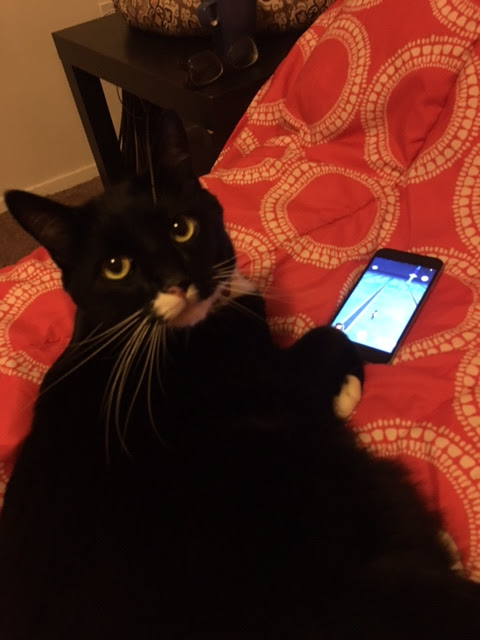 This is a Mankey and he is in the middle of catching a Pokemon on his iPhone. He too is an untrustworthy little minx that should be incarcerated, but instead lives on my bed. 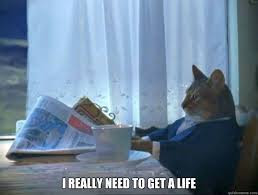