Last week, I believe I experienced somewhat of an overdue quarter-life crisis and made zero mature choices over the course of 24 hours.

It all started when I wore overalls to the Justin Bieber concert on a Monday night. When I bought the overalls on ASOS, I thought I would be channeling Aaliyah, but when I tried them on, I looked a lot more like James Earl Jones in The Sandlot than I would have liked to. 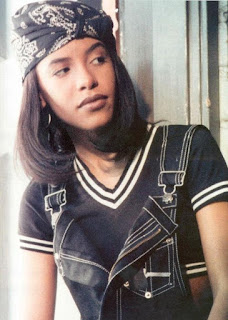 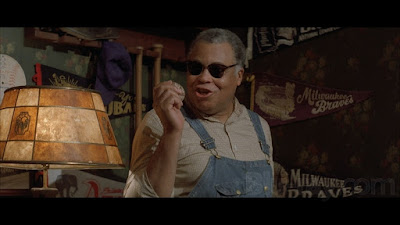 As you can see, one is not like the other. If you are female and ever find yourself resembling any character from The Sandlot that is not Wendy Peffercorn, change your clothes immediately.

My friend, Tina and I pregamed at Ford's Filling Station inside the J.W. Marriott at L.A. Live in preparation for the Justin Bieber concert. 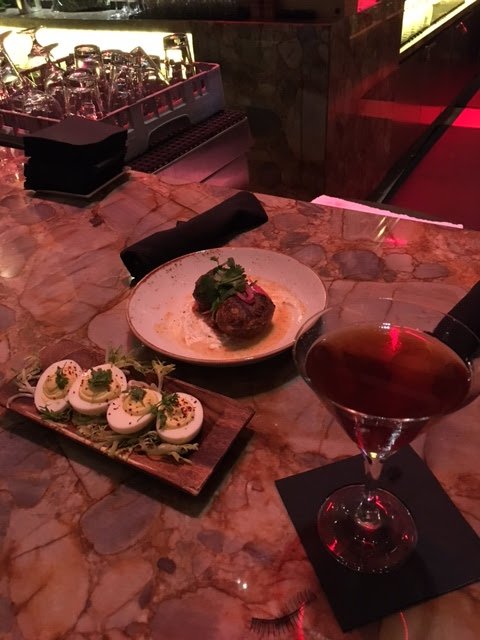 Unlike the other Beliebers who presumably snacked on Go-gurts and Capri Suns, we snacked on deviled eggs, lamb meatballs and Manhattans. So unBELIEBABLY chic. 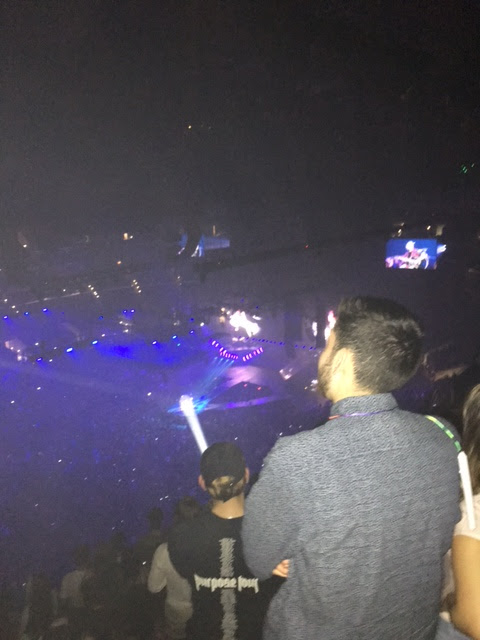 Once we had downed several Moscow Mules, spent an ungodly amount of money on merch and bought a 10-piece McNugget, we retreated to our seats located in the very last row of the Staples Center. I had never dreamed of being 25,000 feet above sea level while watching my favorite Ruby Rose impersonator lip-synch while jumping around on a massive trampoline, but that somehow turned into a reality.

Needless to say, all that headbanging and raging did not sit well with my geriatric body the following morning, so I took the day off to recover and reflect. I reflected for about two hours and decided not to waste the day, so I drove directly to Universal Studios Hollywood.

The Wizarding World of Harry Potter isn't officially open until April 7th, but I heard a rumor that they were letting guests in early and I took it upon myself to investigate. 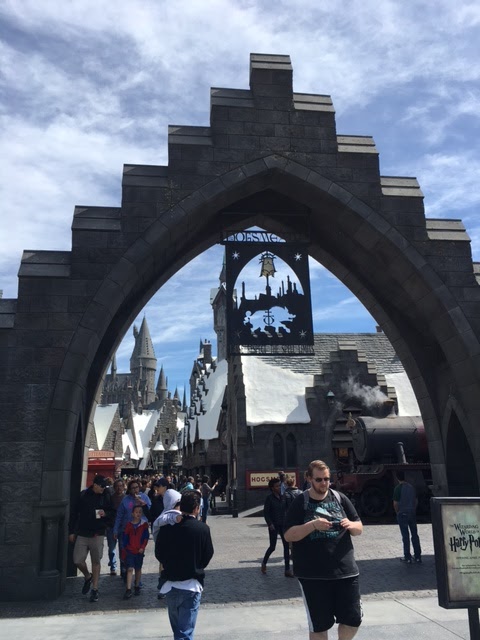 My heart stopped when I approached the entrance and saw that they were letting people in. I hadn't been this excited since I saw Daniel Radcliffe standing next to that horse with his peen flying free. Just kidding, that was totally traumatic. 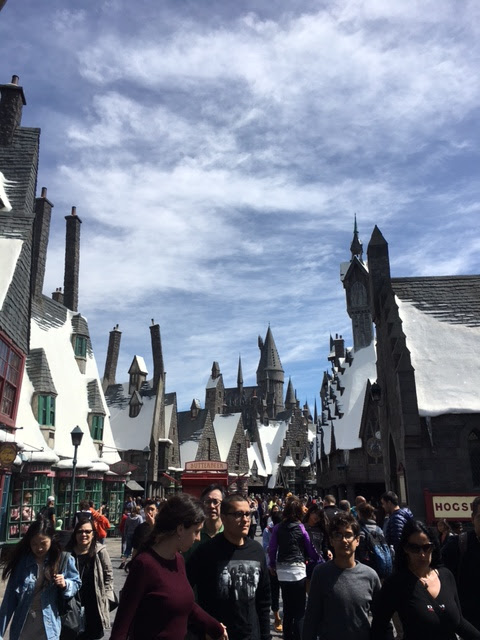 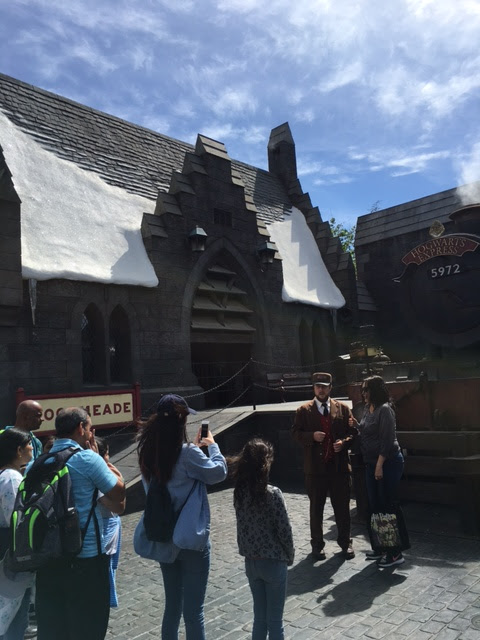 This was an absolute honor to stand in front of the Hogwarts Express and I was filled with nervous excitement. Like, I couldn't even take a proper photo of it and took a photo of this family instead. 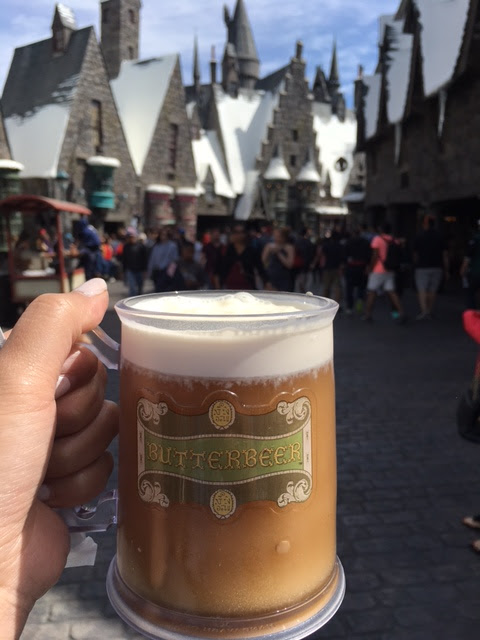 Word of caution: THIS IS NON-ALCOHOLIC. When I handed the teenager manning the butterbeer dispenser my ID, he laughed in my face and I told him to shut up and give me the novelty glass. This tasted exactly like those weird butterscotch grandma candies in the yellow cellophane, so I can't say I was happy about drinking this without any booze in it. Can someone in the Ministry of Magic do something about this? 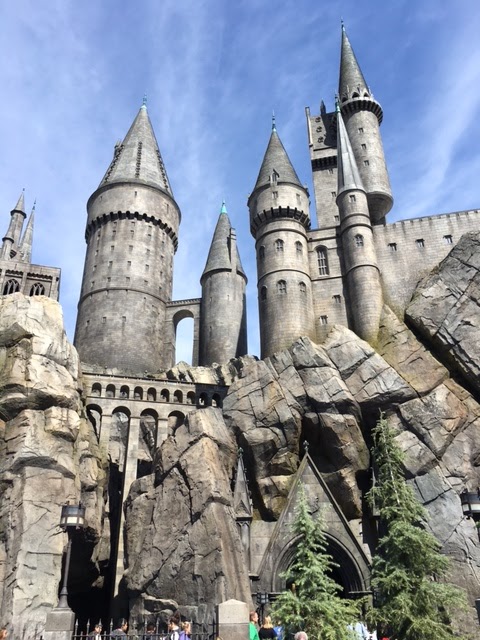 The Harry Potter and The Forbidden Journey ride was located inside HOGWARTS. Be sure to bring a change of panties because this ride is scary as fuck. You're harnessed into a four-seat car and get thrown around the entire castle, getting dangled in front of dementors and dragons and like, half of it is in 3D. I shattered my lungs screaming "HELP ME!" and "WHAT AM I DOING HERE!?" for three to five minutes - however long that ride was. I walked out of the ride unsure about what I was doing with my life and developed a fever of 105 degrees.

This ended with me staggering out the park in desperate need of a nap and an intimate session with my Waterpik since I'm pretty sure that butterbeer left a thick film of butterscotch in my mouth.

And to top all of this fuckery off, I bought a Kylie Lip Kit by Kylie Jenner. No one in their right mind or with a life owns one of these. It involves lots of Instagram stalking and research to even find out the exact minute to buy one of these and when you do find out when they're being released, you need to properly position yourself on her website at the right moment to get one before they sell out and these sell out in 0.0000001 seconds. One could safely assume that only an unemployed person would have the time and dedication to secure one of these, but I finally bought one after months of shitting myself and crying in front my computer. 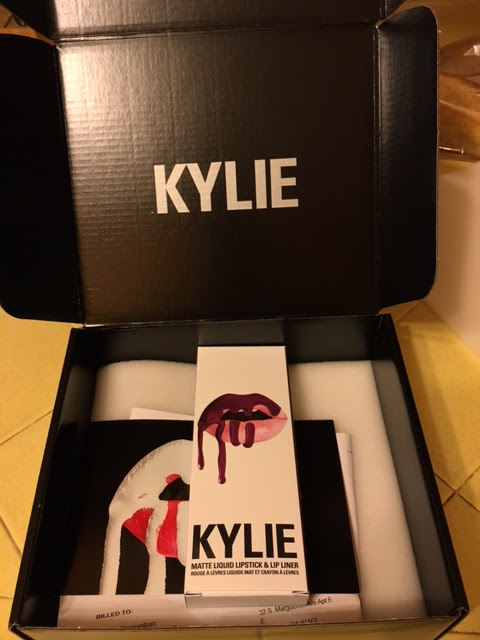 When this arrived, I screamed and asked my boyfriend if he was ready to see my new lipstick and he responded with, "GO AWAY." I retreated to the kitchen to marvel at my $28 ($40 including tax and shipping, but my brain doesn't process those kinds of details.) liquid lipstick and lip liner in the Kourt K shade, named after the minimally knifed up Kardashian sister. I put it on, Snapchatted all of my friends of me in it and they all assured me that I was an idiot for patronizing Kylie Jenner's overpriced makeup line.

Join me next week when I recap my upcoming trip to Legoland and review the kids menu at Sizzler, as that is likely where I will be spending my 30th birthday later this year.