Downtown LA has rapidly emerged as my hearts favorite place to palpitate over the past couple of years. Some of the city's best restaurants and bars have opened up Downtown, which has been a total blessing for me because I can Uber/Lyft there from Alhambra pretty easily and heaven knows I need a break from my hectic dim sum eating schedule every now and again.

I'd been hearing very erotic rumors about a new Filipino spot opening in DTLA that everyone's been nutting themselves over (I'm lookin' at you, Jonathan Gold) called RiceBar. I believe they initially were only open from Monday to Friday during lunch hours, which made it impossible for to go unless I took a three hour lunch break and made the arduous trek from the Westside, but that would result in me getting mercilessly beaten by my boss with a roll of fabric. Fortunately for me (and my bosses sciatica), they extended their lunch hours to weekends and I finally made it to RiceBar to fulfill my Filipino duties of investigating all silog (meat, egg and rice) plates within a 50 mile radius of my home. 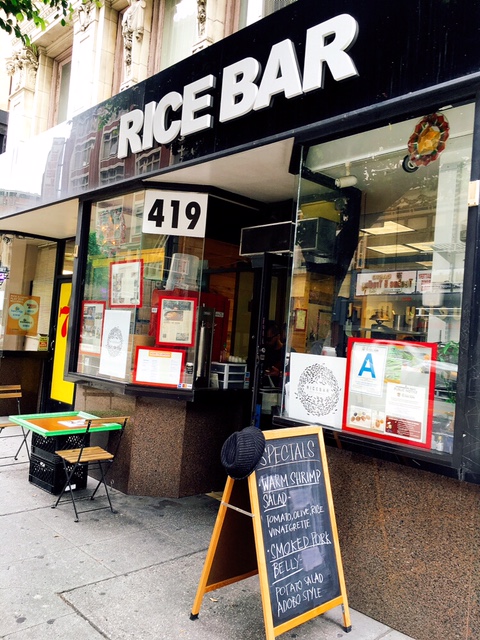 It's located on 7th and Olive and is a literally just a bar surrounding a kitchen. I loved the intimacy of being able to ask your neighbor to borrow their vinegar and eye-fucking their food up close. The woman sitting next to me bore an uncanny resemblance to my mother, so I asked her if I could sit on her lap and spoon-feed me. She kindly told me to go fuck myself in Tagalog, which is more or less than same reaction I would have gotten from my mom. 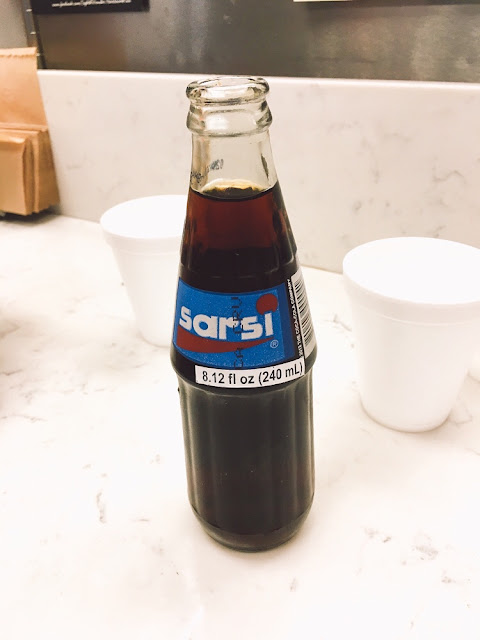 This carbonated abomination is called Sarsi, which is some kind of Filipino soda that tastes like black licorice and the La Brea tar pits. I used to drink it when I was younger because my dad would buy it, but it's not nearly as magical as I remember it being. BUT, that is not to say that I wouldn't down a whole bottle in under 30 seconds again. 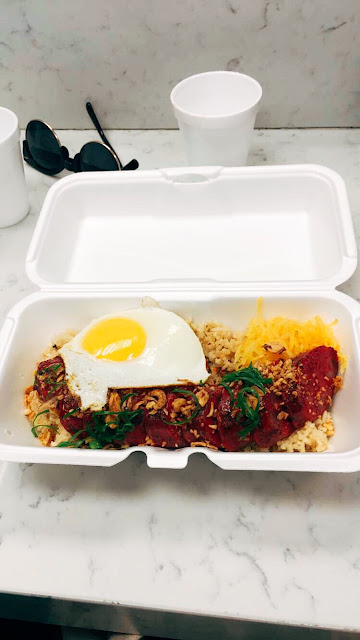 I ordered the longanisa plate, which came with garlic rice and a fried egg. In the motherland, this is what we would call a longsilog, which is the standard Filipino breakfast meal consisting of a meat, rice and a fried egg. They make the longanisa in-house and I had the pleasure of interrogating the chef about his sausage-making methods because I have a hard time finding other sausage-making enthusiasts to discuss my #1 hobby with. I loved his take on longanisa because it was still slightly sweet, but very peppery and rich. Also, be warned that longanisa burps are the deadliest burps on the planet and will cause mass hysteria amongst everyone around you, so maybe go out into an open field to burp yourself after you eat this. 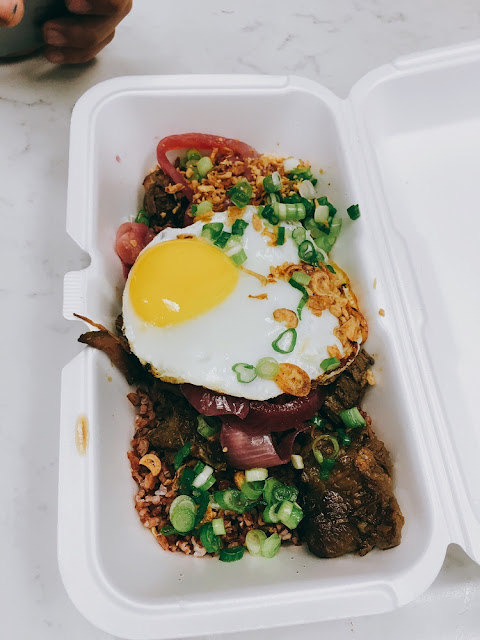 My compadre got the bistek, which is marinated beef with onions and it came with some exotic Filipino grain that was delicious and a fried egg. RiceBar offers a variety of non-GMO, fair-trade grains, which is always a plus in my book because it helps me rationalize the consumption of carbs with better ease. I would come back for this and not give one fuck about carbs just based on how bomb it was.

Overall, I love this place and it reminded me that I need to be eating more Filipino food because it tastes like home. Although, this was a much more elevated version of the Spam/corned beef/hot dogs I would likely be eating at my moms house. God bless the Filipino diet.

The next day, I was in Downtown AGAIN because me and my pal, Amelia went to visit our friend and favorite person, Mona at the L.A. Zine Fest. 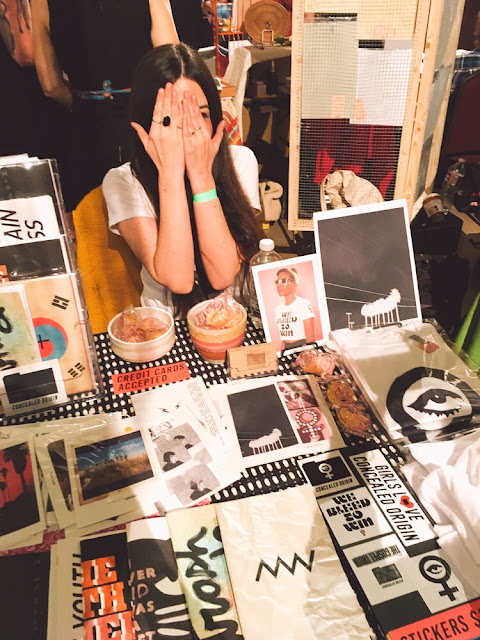 This is Mona and all of her lovely zines and artwork. As you can see from the photo, she was very excited to have us there and will not likely kill me for putting this on here. Additionally, I highly recommend the Zine Fest because I found the most amazing Selena coasters for $8, which has turned out to be a fine investment on my end. 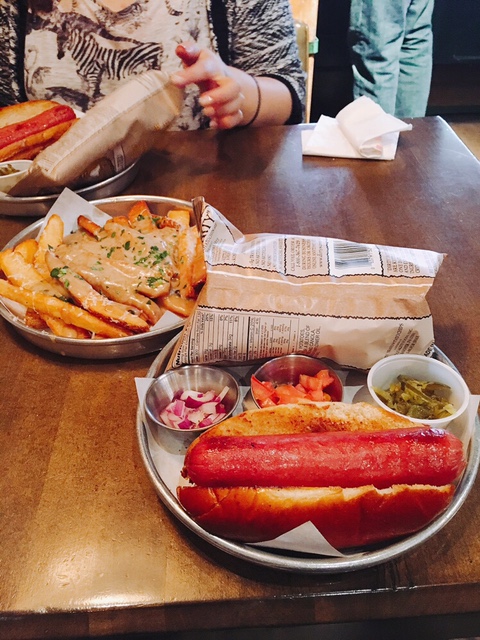 After 10 minutes of zine-filled confusion, Amelia and I headed a few doors down to Beelman's Pub on Spring. I love this place - you can watch a game, they have great beers and snacks and it is just a normal, solid bar, which is somewhat of a mythical thing in L.A. We both got hot dogs and gravy fries, which as you can see, are FINE AS FUCK. 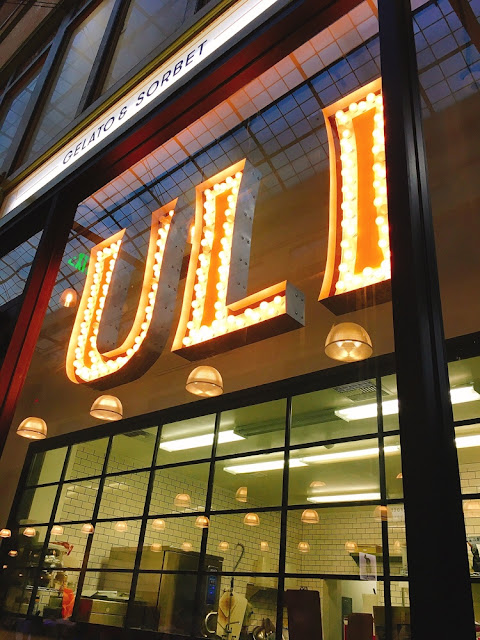 We were on a roll with the come-up's (hot dogs, Selena coasters, etc.), so we thought that gelato would likely be the next and only winning move. We found Uli Gelateria a couple blocks down on Spring and we of course, were right because hello, gelato. 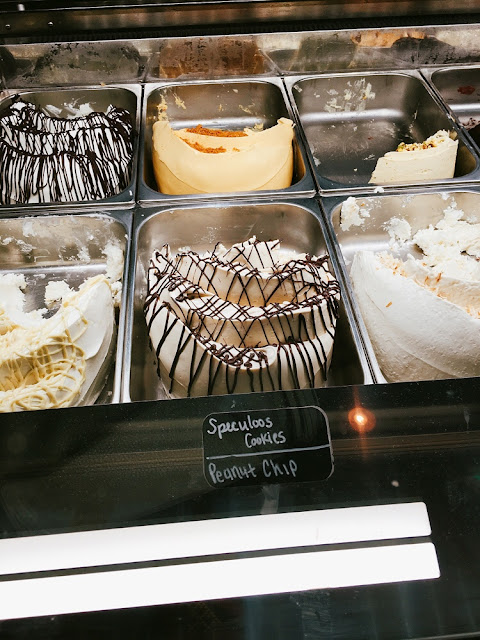 After being the dicks that sample every flavor and becoming even more confused, we both ended up getting the Speculoos Cookie gelato because it was hands-down the greatest Speculoos anything we'd ever had. 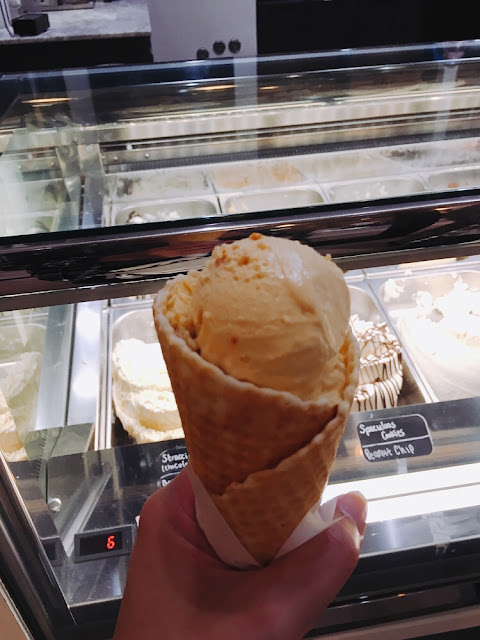 TASTED JUST LIKE A COOKIE. How does gelato do that!?!?!? Or I suppose the fine people at Uli do this. Whatever, great job and I will be back and you will regret it.

I will leave you now with an image of this Satanic, toothless creature that haunts my apartment. I've tried to sage my living quarters countless times, but his bare gums and demonic cries are louder tan ever. SOMEONE PLEASE HELP ME! 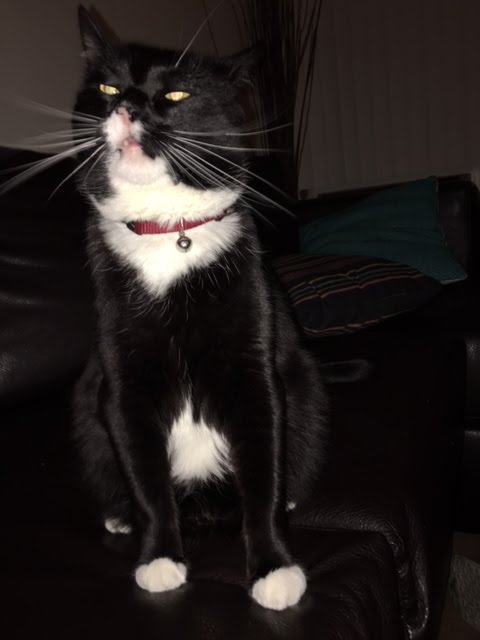