Eating My Way Through The Blues Trail: Clarksdale and Nashville

After spending three days in New Orleans, our vital organs were threatening to file motions for legal emancipation from our sad excuses for bodies, citing neglect and wanton endangerment. Thankfully, my liver and I came to an agreement that I wouldn't touch Fireball for the remainder of my adult life if it promised to not fail on me before the opening of Eataly's Los Angeles location. I can't afford to not experience that milestone.

Our journey through the South continued onward toward Clarksdale, Mississippi. We intended on driving straight up Highway 61, otherwise known as the historic Blues Highway, but Google Maps told us it would take around an hour and a half longer. We decided against it because the romance of taking a road trip died after about an hour of us getting lost in various seedy Louisiana bayou towns. I'm sure Muddy Waters would have taken the least bullshit route if he had access to Google Maps as well.

The five hour drive through the Mississippi Delta was not the most scenic drive to say the least. It was kind of like driving up highway 5 in California, except instead of enjoying miles of fragrant cow feedlots and slaughterhouses, you get to enjoy miles and miles of marshland and an occasional Cypress tree suffering from seasonal alopecia. Unfortunately, the Mississippi Delta is eroding at an alarmingly rapid rate because of sediment-trapping levees, the dirty runoff from the oil rigs and wells off the Louisiana coast and a number of other factors that are fucking it up that you can read about here. The desolation had much to do with the fact that there is hardly anyone there (I say this as someone coming from Los Angeles, which is essentially a sardine can compared to Mississippi). The Delta has some of the highest poverty and unemployment rates in the country, which has resulted in a massive decline in population over the years. Considering these factors along with Mississippi's extremely checkered racial past, I realize it was kind of a strange choice for me to visit there. However, I simply wanted to experience as many parts of the South as I could, listen to the blues and eat the local tamales.

I'm also not sure what I was thinking when I booked a reservation for us to stay a night at The Shack-Up Inn in Clarksdale. Initially, I was just looking for cool stops along the way to Tennessee and then I saw all the rave reviews of this place and loved that they had lodgings named "The Biscuit Shack" and "The Gravy Shack". Yes, it was oddly fun and a unique experience, but there was something unsettling about staying on the grounds of an old plantation in refurbished sharecropper shacks. In hindsight, this sounds pretty offensive, although I don't think that's the intent and is likely supposed to be more of a quirky restoration of a historical site. There are different ways of looking at this place and I'll leave it at that. 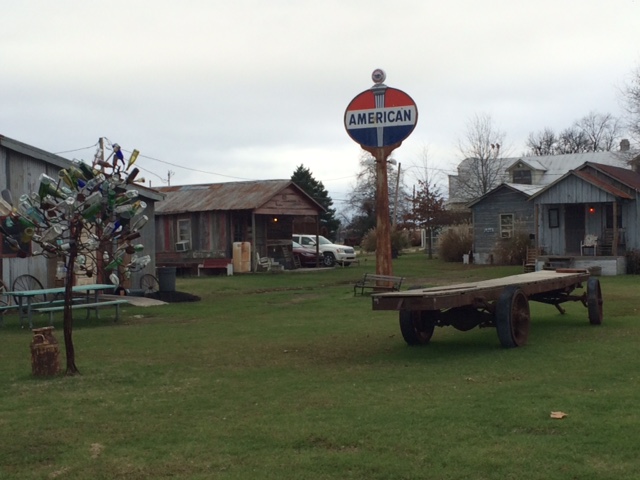 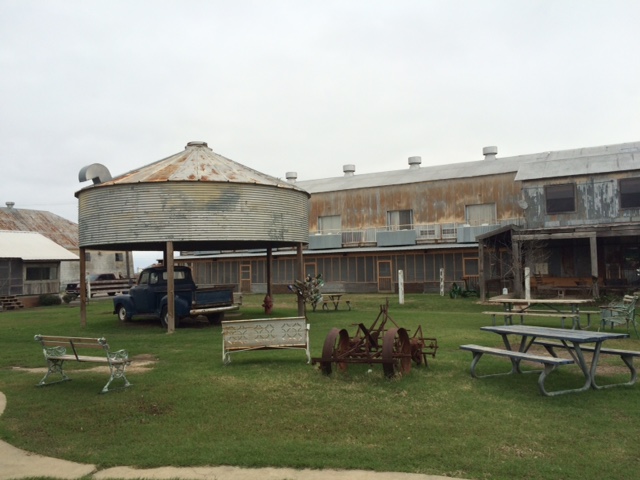 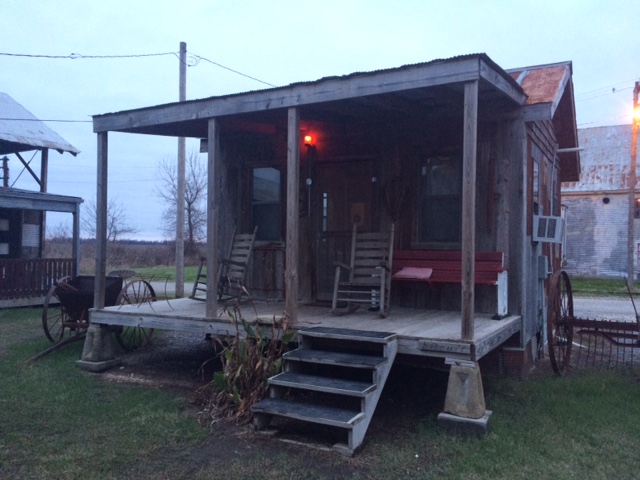 This here is the elegant Biscuit Shack. It bore an uncanny resemblance to the shack from the Pirates of the Caribbean ride at Disneyland, which was very alluring to me. A series of tornadoes ravaged the area the week before our visit, so I didn't get much sleep that night because I was afraid this thing was going to get uprooted by a tornado. And yes, this came equipped with a full bathroom and we did not have to use an outhouse.

As our luck would serve, we arrived on a Tuesday night, which meant that none of the blues clubs were open. I was really hoping to visit Morgan Freeman's Ground Zero Blues Club, but I guess I will just have to get my Morgan Freeman fix via The Shawshank Redemption showing on every cable network every weekend for the rest of my life. 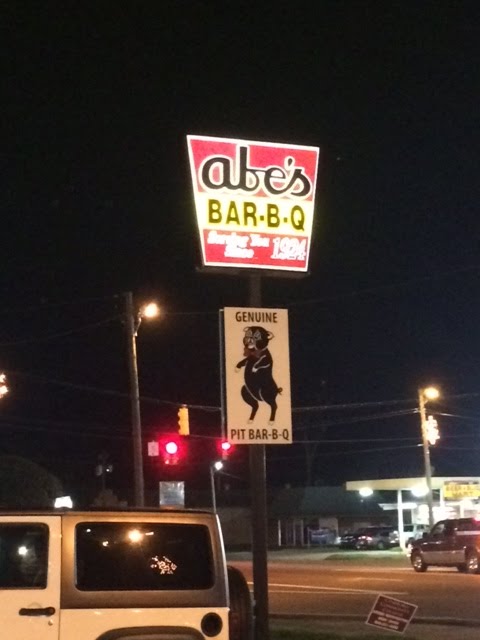 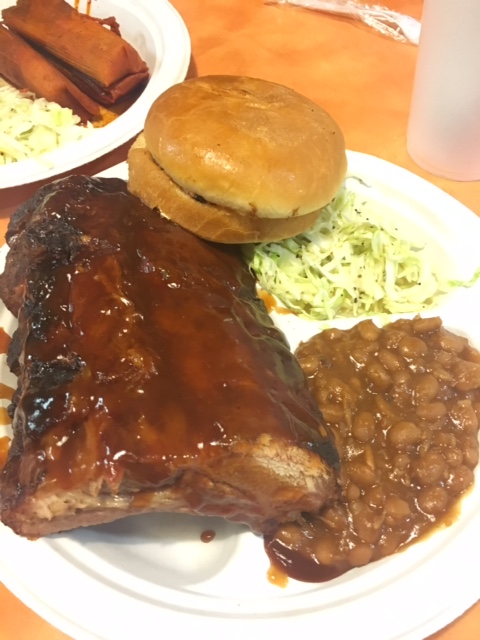 The BBQ rib plate was BOMB. The ribs were smoky and tender, the coleslaw was drenched in vinegar (my favorite condiment/cleaning solvent) and those baked beans were off the hook. 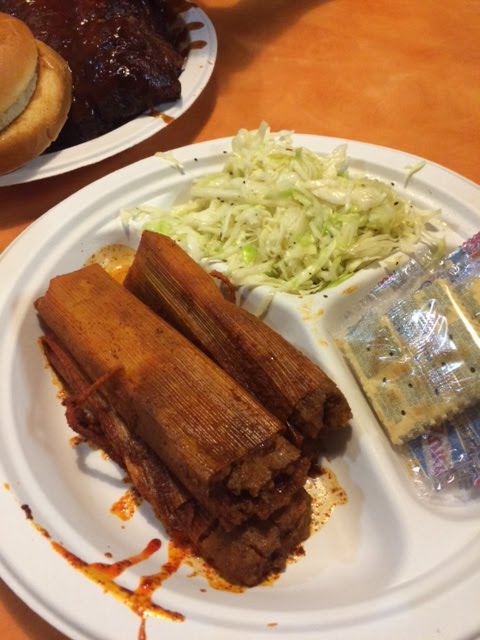 The infamous TAMALES. Southern-style tamales are pretty different from regular Mexican tamales (confirmed by my Mexican traveling companion) since they're smaller and drenched in this spicy barbecuey-type sauce. THAT MASA MELTED IN MY MOUTH THO...

The next day, we waved goodbye to our beloved Biscuit Shack (my boyfriend flipped it off - his boughie ass hated it) and headed downtown to check out the sights. 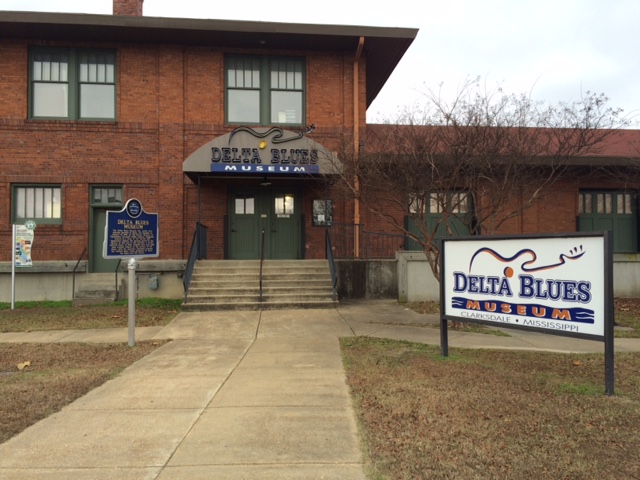 We paid the Delta Blues Museum a visit. We came 10 minutes before it opened and the people inside were nice enough to let us in early. Pretty much everyone we met during our brief stay in Mississippi were extraordinarily welcoming and polite. Southern hospitality is a real thing and us city slickers could learn a thing or two about it. 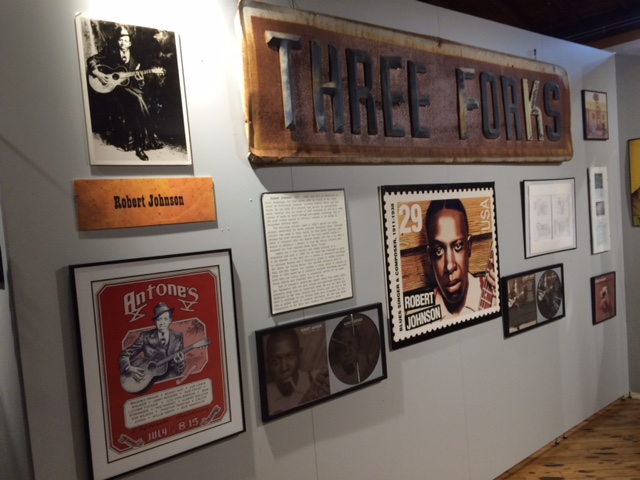 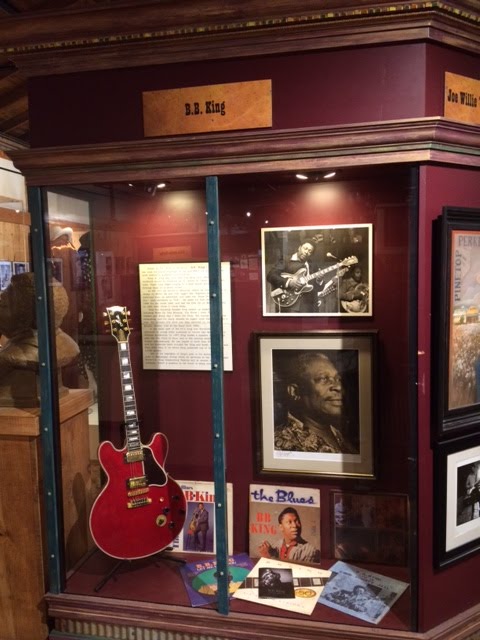 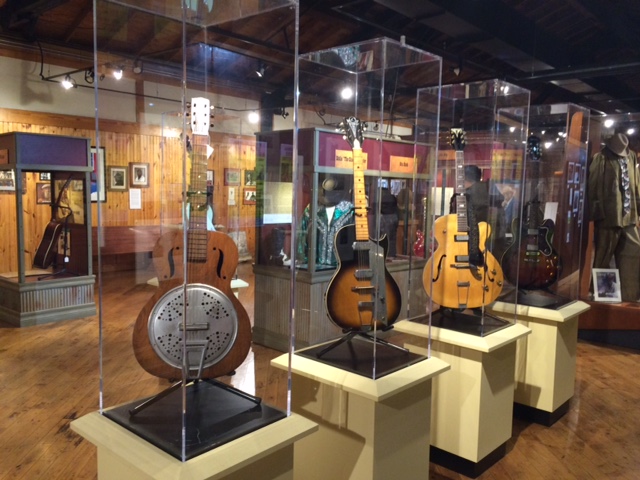 The museum was SICK. It was like the Smithsonian of Muddy Waters memorabilia.They even had a replica of his cabin made with the remains of the actual cabin. I wasn't allowed to photograph it, but there was a very lifelike statue of him in it that scared me shitless. 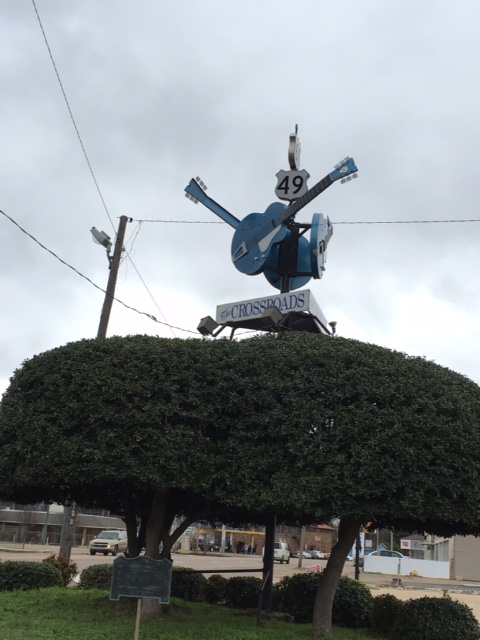 The Crossroads, otherwise known as the junction between Highways 61 and 49. This is where blues legend, Robert Johnson allegedly sold his soul to the devil. This is also where I attempted to make a special pact with Lucifer; my soul in exchange for another plate of tamales. He of course declined and told me to get my fatass out of Clarksdale.

We hit the road toward Tennessee and I had my eyes peeled for exotic Southern fast food places the entire drive through. I finally saw a Steak 'n Shake along the highway and made an unnecessary pit stop because I couldn't resist it's loud, greasy call. 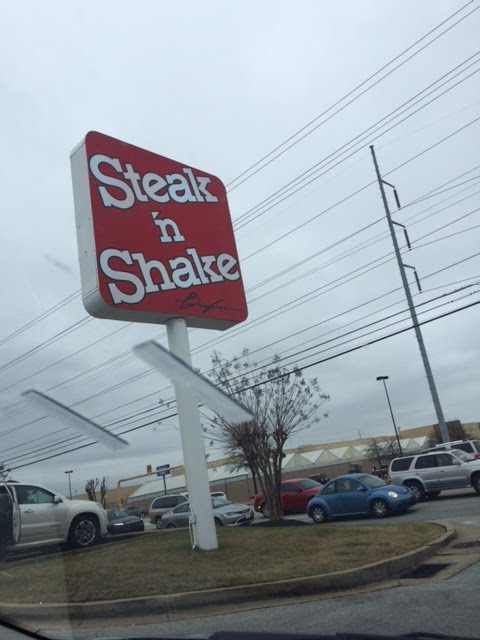 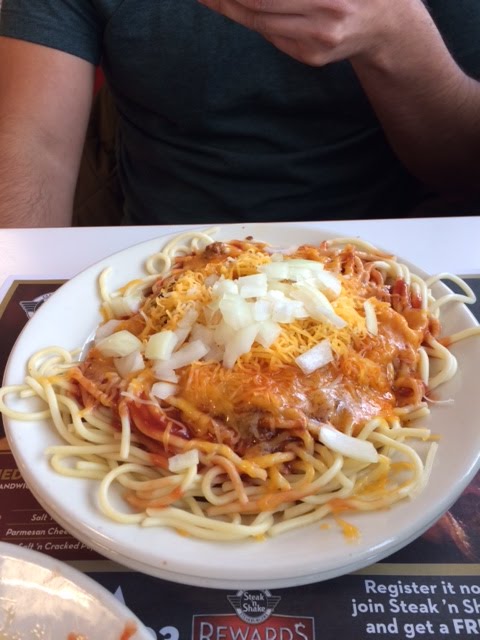 Ordered the Chili Mac Supreme because I'd never seen anything like it in all of my years. CHILI CHEESE SPAGHETTI!?! WHERE THE FUCK HAVE YOU BEEN ALL MY LIFE?! 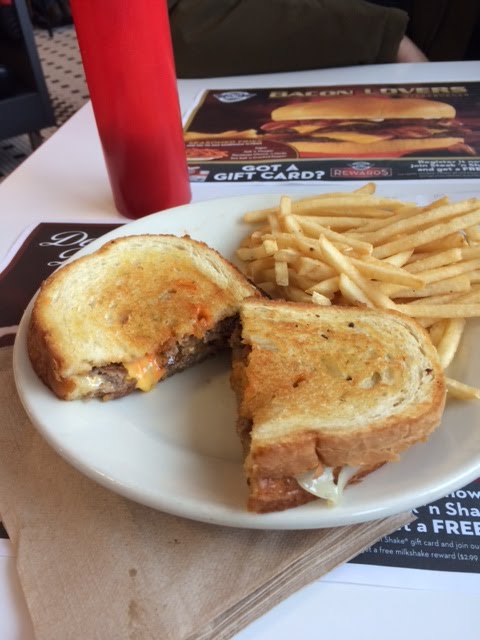 Got the Frisco Burger because how can you resist anything between two slices of sourdough?! The closest comparison I can make to Steak 'n Shake is that it's like Johnny Rockets, but even then they're still fairly different. It wasn't life altering, but it was decent.

Nashville wasn't originally part of the plan, but we could not visit Tennessee without saying hello to Nashville Hot Chicken. We decided to spend a night in the Hot Chicken capital of the world and that is pretty much all that we saw. 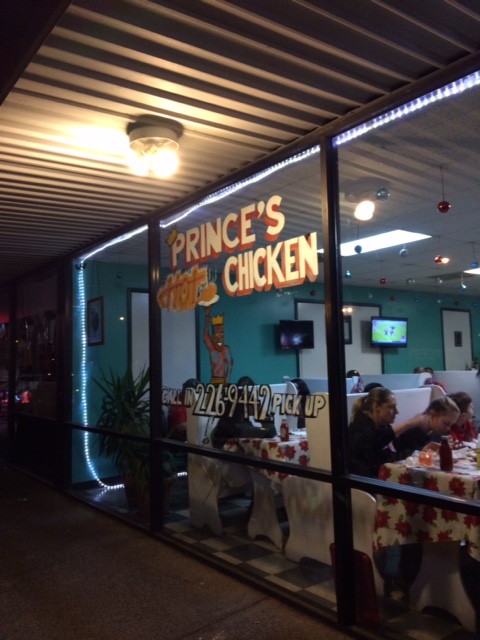 We decided on dinner at the legendary Prince's Hot Chicken Shack. I've seen this place about a thousand times of TV, so I was star struck to say the least. 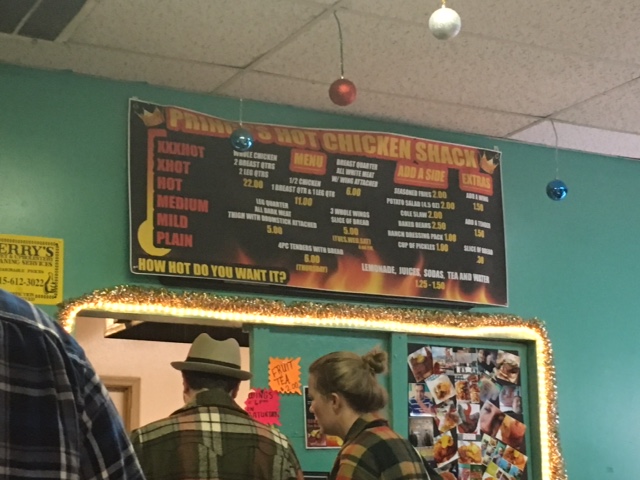 After grilling the nice cashier lady about what level of hotness she thought I should get, I settled on mild because I am a coward with a childlike threshold for heat. 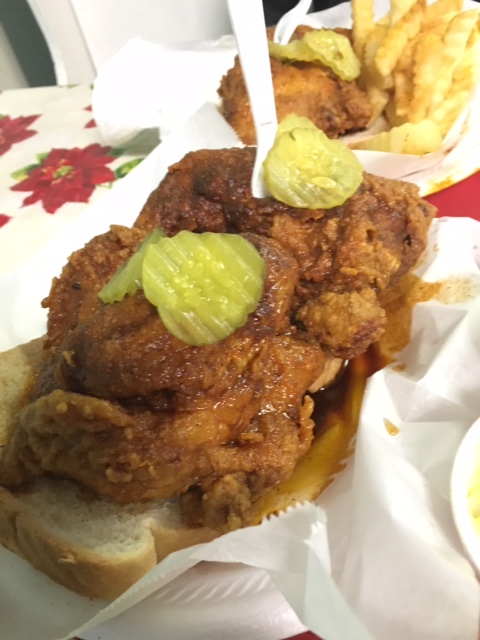 My boyfriend got the HOT chicken because he has no regard for his digestive track. I took a nibble of his, which nearly resulted in a nosebleed. 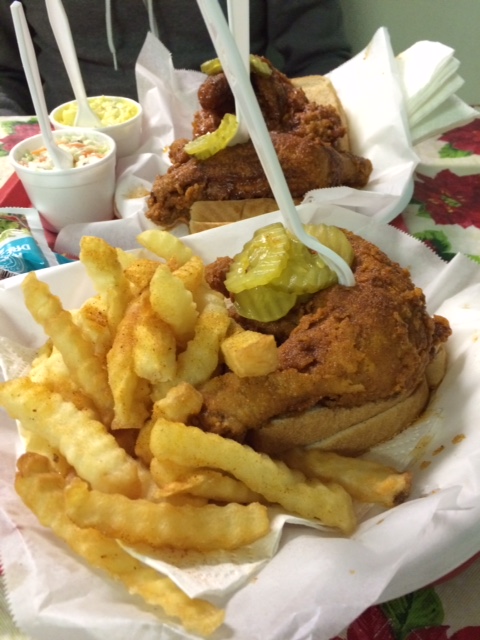 My mild chicken was still spicy as fuck, but it was just enough spice to keep me out of the emergency room. The fries were crinkle cut pieces of heaven and they were kind enough to sell us ranch to spackle onto everything. We got sides of coleslaw and potato salad since we knew our mouths would need the soothing comfort of  mayonnaise in order to survive this.

I can comfortably say that this dining experience alone was worth our 4 hour drive out of the way. We saw the Parthenon, had a couple beers at a local bar and then went back to the Airbnb because we were exhausted and had a long drive to Memphis to look forward to in the morning.