My favorite Fortune 500 company and part-time lover, Yum! Brands have struck gold once again with Pizza Hut's new Hot Dog Bites Pizza. We have their bustling laboratories to thank for creating some of the world's most notable advancements in snacking. Snacks such as the Doritos Locos Taco and the Double Down sandwich have changed the snack game forever. Sources say their labs have assembled a team of culinary geniuses rumored to be comprised of several food chemists, hardcore stoners and fallen Food Networks stars such as Paula Deen and Emeril Lagasse. It is also rumored that they brought mad scientist, Dr. Henry Wu from Jurassic Park/World on board to spearhead the hybrid snack research and development team.

Critics question the company's morality after they unveiled the crossbreed of two of America's favorite pastimes: pizza and hot dogs. And to those imaginary critics in my head, I say, "KILL YO SELF!" because their genetically modified lovechild, the Hot Dog Bites Pizza is a masterpiece. 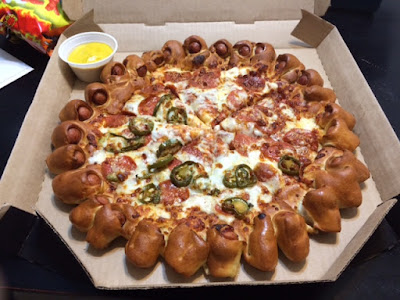 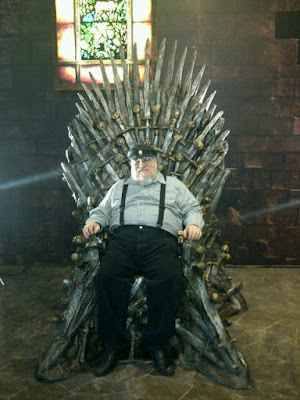 Don't you think the hot dog crust bears a striking resemblance to the Iron Throne? This is a photo I took on the Iron Throne last summer, while vacationing in Casterly Rock. 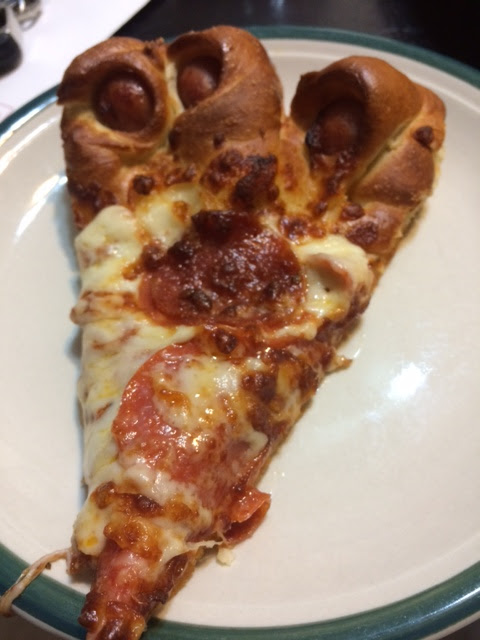 Yes, this looks like those fingerless gloves that are so popular with homeless people, but isn't it luxurious to have 3 small hot dogs attached to your pizza?! 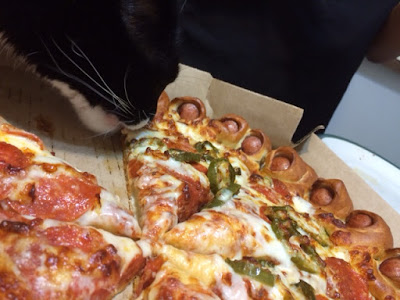 I let my cat, Hank lick my boyfriends side of the pizza for added seasoning. 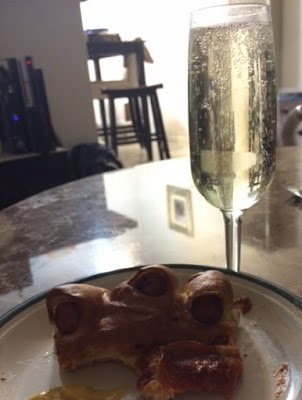 What an exquisite meal...a hot dog pizza accompanied by a glass of Andre. If Pizza Hut ever wanted to honor me for my dedication to their company, they would release a combo meal named after me where you get a hot dog pizza and a bottle of Andre for $12.99. They could also invite me to do a bunch of promotional ads where I'm eating pizza and drinking champagne in a tub.

Well, I thoroughly enjoyed this pizza because I have the palate of a nine-year old redneck. The only downside was having to dip one end of the pizza in ranch and the other in mustard. This requires a certain amount of finesse that I just simply could not MUSTARD, Muahahahahahahahahahahaha!!! MUSTARD INSTEAD OF MUSTER!!!!!

Lastly, I'd been meaning to share this Carl's Jr. burger with you all since I tried it. Apparently, it is still being tested at certain locations, so I lucked out and basically caught a rare Pokemon. It's a FLAMIN' HOT CHEETOS BURGER! And it was fucking AMAZING! 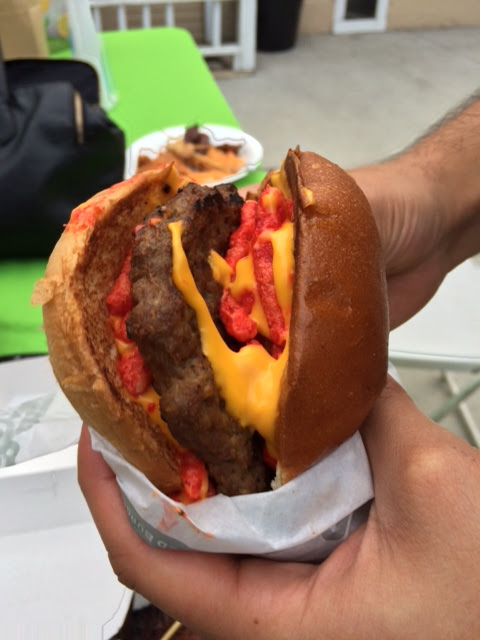 I don't even love Carl's Jr., which is not to say that I don't like it but I don't ever feel compelled to go there over anywhere else. But that is neither here nor there, this burger appealed to me in the way the Beefy Crunch Burrito does. It's just straight up meat, nacho cheese and Flamin' Hot chips between carbs. If that doesn't do it for you, then you are probably no fun. And thin. Trust me, I'd rather be thin.