The Best Tacos in L.A.

I've been in L.A. now for 7 years and I've been tirelessly surveying the area to map out where the greatest tacos are. You know, in the event that there is an emergency and I know who to invite into my bunker to carry on the grand tradition of taco making in The New World. Great, now I've given away the premise of my new Sci-Fi/Erotica novel.
I've eaten at damn near every shady roach coach and taco table within city limits and crashed every backyard quincenara with a taco man that's ever happened within the last 7 years, so I am what many consider to be a taco virtuoso. Many years of research and countless battles with indigestion have led me to what I believe are THE BEST TACOS IN L.A.

So, here is it is...Taco Man, located at the intersection of Soto and Alcazar in Boyle Heights. At least I think that's what they call themselves? They are really just an unnamed stand in a rough neighborhood, but I believe I have found their Yelp page, This place is a hidden gem--there's usually a line of locals crowding around here from dinner time to late-night (ten sheets to the wind o'clock). I picked them because they consistently have the best meats and I always get pissed at myself for not going there more  often every time I eat there. It is just so ridiculously good and I'm gonna try to express this through a series of sloppily taken photos...SO WHAT?! It's hard to balance an iPhone when your fingers are covered in salsa and taco juice. 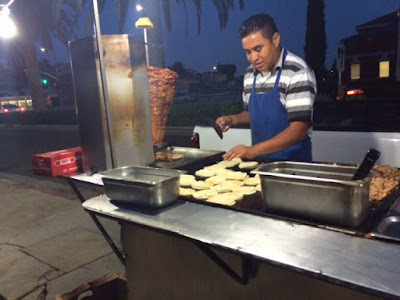 They have the al pastor spit with the pineapple crown, which is usually the benchmark of a solid taco stand. I typically make a run for it if I don't see one of these. 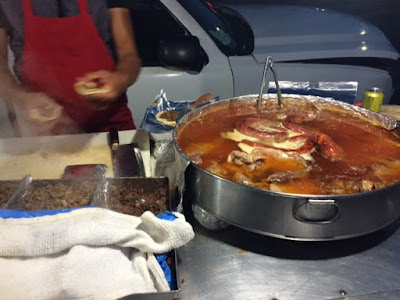 Some of the meats sit around and simmer in this meat jacuzzi like so. I would pay for admission to just wade around in a meat jacuzzi filled with chorizo and suadero. It would be a dream if I could just doggy paddle around a jacuzzi draped in all my favorite meats, with a stack of warm tortillas closeby for me to dry off with. My bikini would be made of tortillas as well. 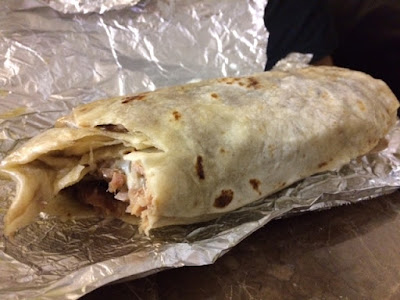 This is a tripas, suadero and cheese burrito--no bullshit, just meat and cheese. My gentleman caller prefers their tripas and in his Mexican opinion, these are intestinal perfection. From what he claims, great tripas are clean (not filled with shit) and grilled to a crisp, which I'm pretty sure I agree with. Sometimes when I'm feeling sassy and confident (drunk), I will order a tripas taco and pat myself on the back for being so adventurous. 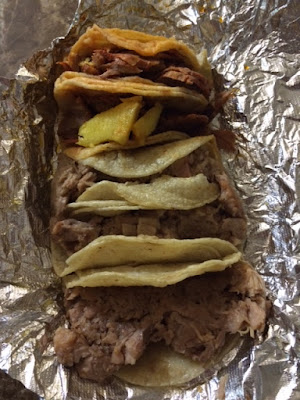 My tacos in the buff. Up top, I got two al pastors and three suaderos, which is the meat between the leg and belly of a cow. Sounds like fupa meat if you ask me... 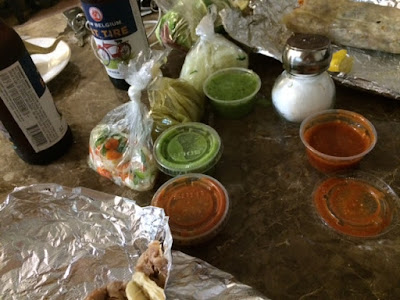 I raided the salsa and accoutrement section because I wish to marry all of their salsas. Beware of this pickled cucumber and onion concoction that they have. I am blind and did not see that it is full of habaneros, so it was so deliriously spicy that I wound up making a left hand turn onto some train tracks and when I finally parked my car, I threw up in a bush outside of the Staples Center. I'm not even exaggerating, if a habanero pepper even looks me in the face again, I'd better pray I'm wearing a hazmat suit. 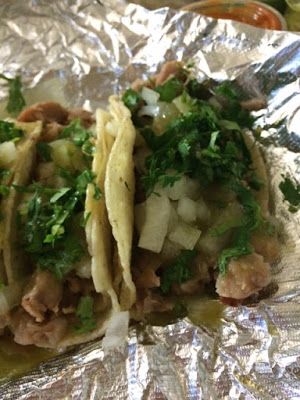 Garnished this pretty aggressively with onions, cilantro and salsa. I also like to shove fists full of cucumber and radish into my mouth while I eat these to simulate eating a salad, which makes me appear thinner. 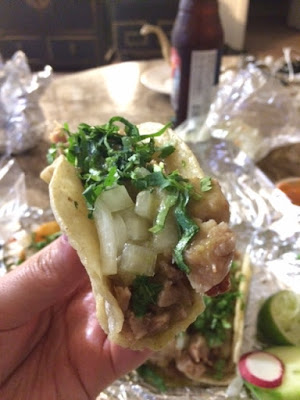 I really cannot deal with how arousing this bite looks right now. 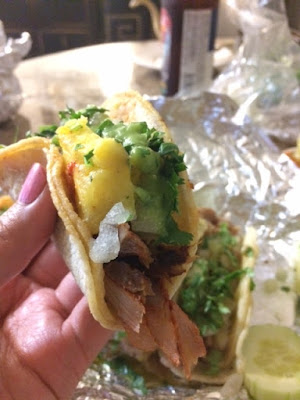 THAT PASTOR WITH THAT PINEAPPLE AND THAT SALSA!!


And the best part is that these tacos are $1.00 a piece. God bless taco stands and trucks for providing the most delicious form of nourishment at such a low price.

So here it is, my favorite taco stands/trucks in LA...because I know the world is just dying to know.

If anyone disagrees with any of this, I'm available to debate this with anyone as long as you can provide me with edible proof that I am wrong and don't think I can be persuaded with less than 6 tacos worth of evidence.