Thanksgiving is a day where bodily destruction is acceptable and when Metamucil's shareholders simultaneously rejoice and buy yachts. And for that, I am thankful because it is a day where I totally blend in with the rest of American society and have the opportunity to generously tap into one of America's greatest natural resources...GRAVY. Unfortunately, I am not going to show you anything that I actually ate on Thanksgiving because it was too sacred of a meal and frankly, I was too busy performing sacrilegious acts with my fork and knife/spoon to even take pictures. So...fuck you guys.

Instead, you have to look at pictures of the "Thanksgiving Potluck" that my friends and I put together. We slaved over hot stoves for hours and even days in some cases because we are domesticated women who like to express our souls through the art of cooking. I only roll with the finest....peep game. 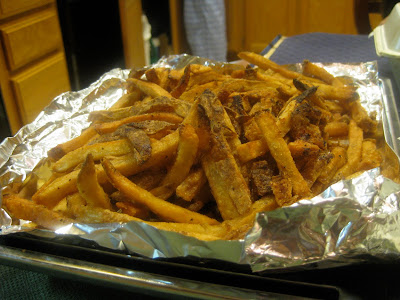 These are the potato crispers that I handcrafted from organically grown potatoes that I cultivated in my very own bathtub. I blanched them in oils that I procured from my local Popeyes Chicken, which is a secret family potato crisping technique that I stole from my TV grandmother, Paula Deen. They are delicately seasoned with salt, sugar, and love <3 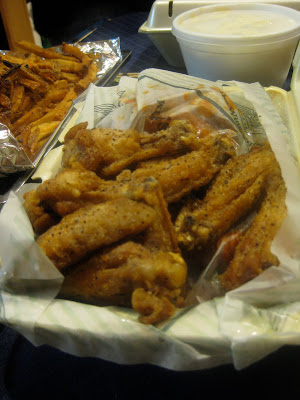 These are the Lemon Pepper Wings that I made from scratch and DID NOT GET FROM WINGSTOP. Although they bear a similar appearance, mine are made from lemon rinds that I aged in my hamper, which makes for a richer, more exquisite flavor. 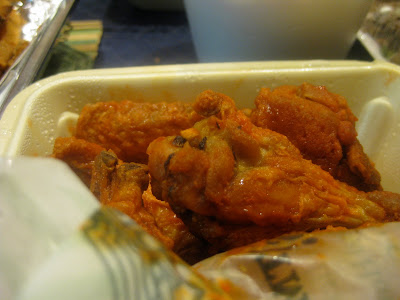 Made these sexies with around 69,000 packets of hot sauce from Jack in the Box, butter that I churned myself, and the winglets that I tore off the backs of several dozen angels in exchange for peppers from the devil's herb garden. 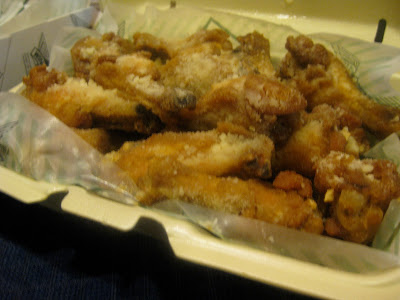 GARLIC PARMESAN wings that I exported from Wingstop. Just kidding. But really, these are the truth right here and if anyone says otherwise, I am more than willing to fight in the name of these bangers. 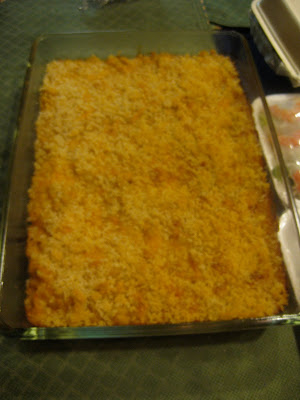 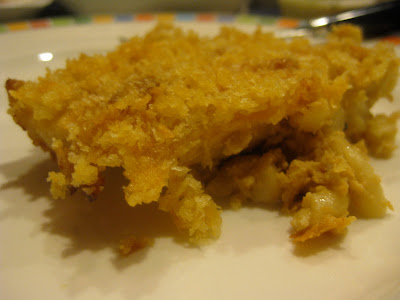 My homie, Jizzo "made" this tray of baked macaroni and cheese. To be honest, I think she bought it or at least paid someone else to make it. People these days... 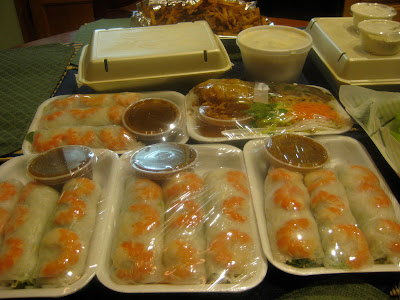 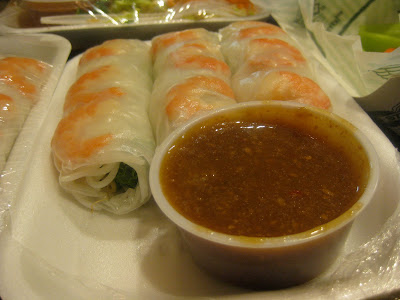 My girl Mimi is a professional spring roll manufacturer and her spring rolls are a work of art. She produces them on such a large scale that she even packages every serving that she makes...so it's not weird that they are packaged, GOT IT?

There was some boba and karaoke involved in that night and I'd say it was a successful night of sweating and binge eating that spawned hours of crying in eachothers arms. Shout out to Tassia for letting us litter her household with scraps of Asian delicacies year after year.

My ladies love to celebrate Black Friday in style as well so it was no surprise when we indulged ourselves in some Black Friday specials. At Shari's, I picked up two pumpkin cream pies because they were buy one get one free. We pre-gamed with a whole pie and again, did not get to photograph it because it was murdered so swiftly. Then we picked up two bottles of Cook's champagne because they were two for $10 at 711.

After an hour of partying at a place with other people, we went to Jack in the Box and went through the drive thru TWICE because we forgot a couple orders of tacos and churros. I woke up to this crime scene this afternoon: 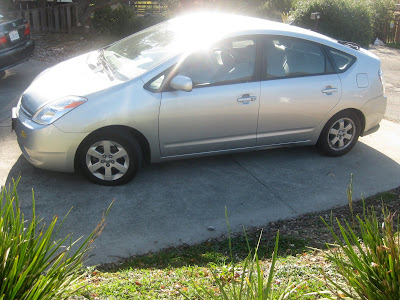 Yeah, I drive this dream machine 'round town and the fella's come flocking. It's not unusual for me to have to clean jockstraps and boxers off of my mud guard. This pussymobile also doubles as a certified PARTY CAR. 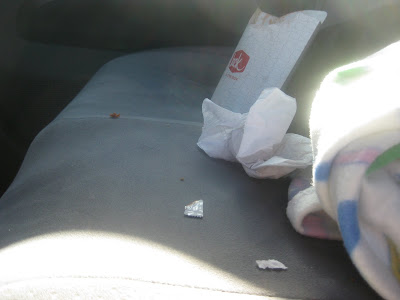 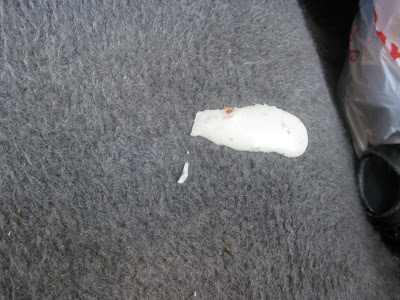 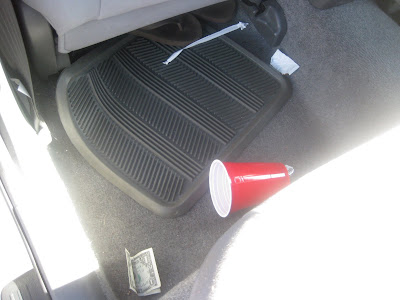 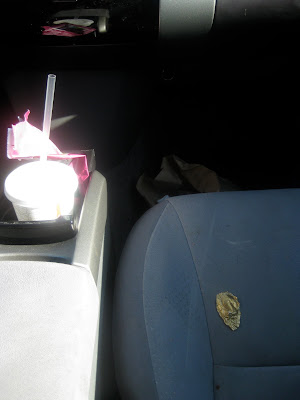 AND THATS HOW YOU FUCKIN PARTY.

So yeah, believe it or not we are available for wifing, just let me know if you want a piece of our hot, domesticated asses. CERTIFIED DIME PIECES. I hope I don't get in trouble for trafficking bitches via the internet.
Email Post