July Make Me Barf and Cry. No Lie.

JULY is here and I've been too distracted by my profuse sweating to update my blog. Unfortunately, I live in this hot, congested mess called Los Angeles and the heat here is physically, mentally, and spiritually debilitating. So that's my excuse for my laziness this month...

Cha Cha Chicken is a beautiful little shack in Santa Monica that boasts a menu full of grilled yum yum's smothered in their famous jerk sauce. I ordered the jerk chicken enchiladas and a fresh guava mango juice and it only came out to $12! The jerk grilled salmon and jerk fried chicken were also wondrous in their own glorious ways. We sat on the patio and I felt like I was stoned or something cause of the tropical decor and they were blasting reggae music, so this place gets an A+ for creating an appetizing atmosphere for its patrons. 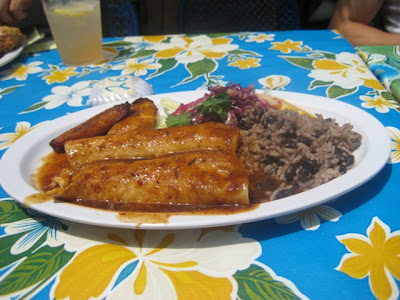 These are the JERK CHICKEN ENCHILADAS: jerk chicken and cheese wrapped in tortillas, smothered in more jerk sauce, and served with dirty rice, platanos, and veggies. The platanos were mothafuckin' CRACKIN!!! 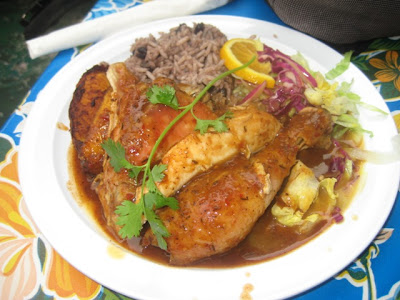 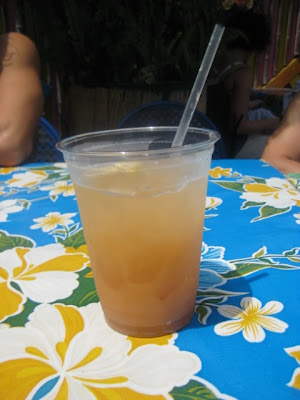 Fresh Mango Guava juice. Looks a bit like diarrhea but it surely does not TASTE like diarrhea. Unless diarrhea tastes like mango and guava, and if that's the case then we may have a problem on our hands. JUST KIDDING! I swear I'm kidding... 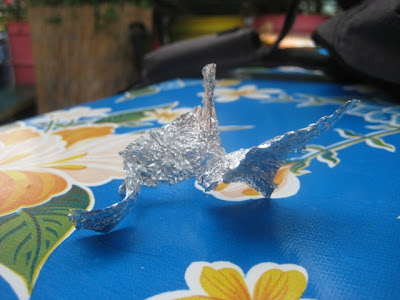 This is some kind of aluminum bird that my friend, TJ handcrafted and photographed. This photo makes me all emotional and shit... 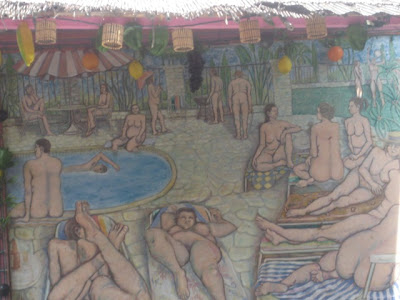 This is the type of decor they had hanging up at Cha Cha Chicken. Looking at this painting was like looking into a mirror because everyone in it bore a disturbing resemblance to me. It almost made me think twice about eating my enchiladas. Okay, thats a lie. 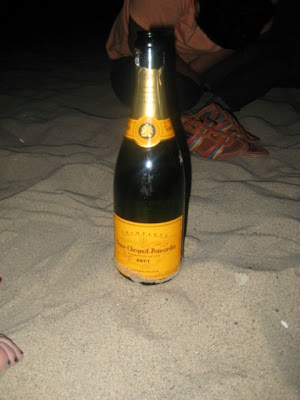 Champagne on the beach. Got scammed into buying this shit by some sneaky Korean man at some liquor store by the Promenade. 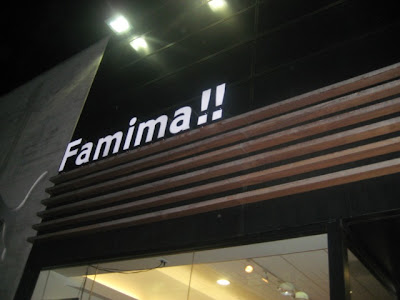 FAMIMA!!! This is the worlds greatest convenience store because its full of Asian snacks! I bought a bag of shrimp chips, a pork bun, a box of Pocky, a Salmon ball, and a Ramune soda. Just a light midnight snack... 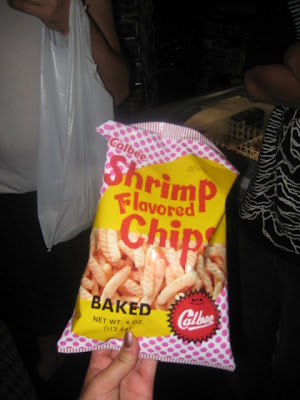 SHRIMP CHIPS! Its physically impossible to just eat one of these. 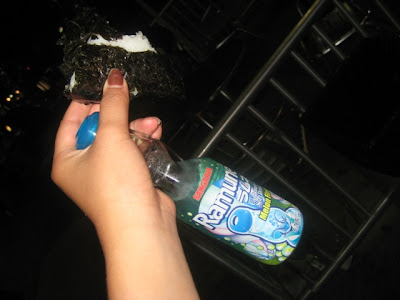 RAMUNE SODA!! I bought one for my friend and the marble frustrated him so much that he smashed the bottle. You can't just tease people like that with marbles.

In my prime, I used to be able to stuff an entire pork bun in my mouth and eat it in one bite. Why? I'm not sure, but I think this is the sort of shit I used to do for recreation and my way of impressing people in high school. Unfortunately, I found out that I'm no longer capable of performing such stunts and I found that out the hard way. I stuffed the pork bun in my mouth, gagged, barfed, and then cried. Theres pictures documenting the entire thing but they're shameful and I LOOK like a pork bun in them. A pork bun eating a pork bun. God, I'm growing up so fast...how depressing.

Anyhow, remember those WWF ice cream bars that you used to get from the ice cream truck?? WELL, they still have them! They were my favorite as a kid and was craving them for a while until one day, while I was sitting in my apartment, I heard the ice cream truck. I started screaming and ran out while my saint of a roommate flagged down the ice cream man from the window. CHECK IT OUT... 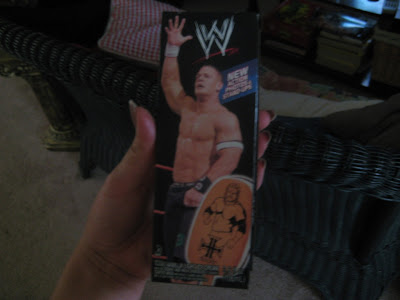 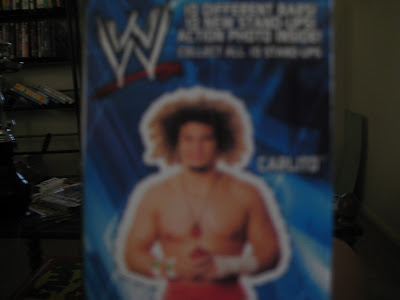 Who the fuck is this Carlito clown? It's been a while since I've watched wrestling and judging by the looks of Carlito, I might be missing out. 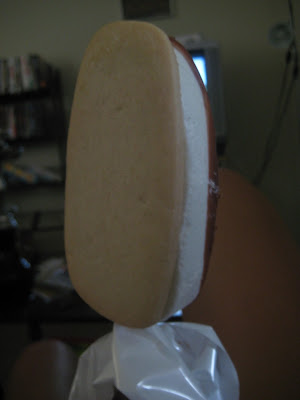 Okay, I have a BONE to pick with these motherfuckers. The old ones had the imprint of the wrestler on the cookie part. I bought two bars and BOTH were completely bare. AND...was the card always attached to the box or was it separate? AM I GOING CRAZY OR DID I GET DICKED!? 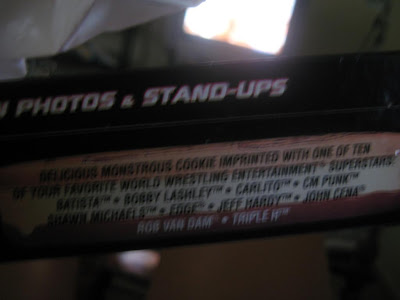 FALSE advertising. Now this is where the fists start flying.

Those wrestler ice cream maker people really know how to kill a persons nostalgia. But I can't really complain cause they tasted just as good as they did when I was a just a lad.
Email Post