You Haven't Lived Until You've Been To a T-Pain Concert

It was nine years ago when I copped T-Pain's sophomore album Epiphany and it was a truly transcendent experience. I remember picking up my cousin, Diane and rolling around in my Prius blasting the album with the windows down and yelling "WHAT THE FUCK ARE WE LISTENING TO!?" 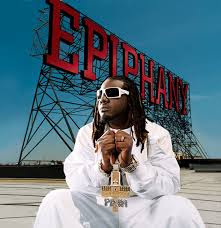 I almost crashed my car when the song Time Machine came on and I heard the following autotuned cockamamey:

[Intro:]Ya, yaaaaah, yeahTebunan, Pedalofogus, from the planet Telegusa, ya[Verse 1:]Illudium Q-36 explosive space modulatorGoing on a trip, I'll be back home, boy I'll see you laterGoing back to a time when I know everything was straighterEverything's great now but back then it was greaterAnd I don't need no clothes I go in just what I'm wearingMatter fact I just go back to what I used to wear thenNo matter how the weather, everything back then was just so betterI can dream, it's a simple thingI'm building a time machine

Now that is what I call music.

When I saw that T-Pain was performing at the Novo (for $10!!), I immediately hit up Diane and told her to clear her schedule, because we were off to see the King of AutoTune a.k.a. Teddy Penderazdoun a,k,a, Rappa Ternt Sanga live and in the flesh. 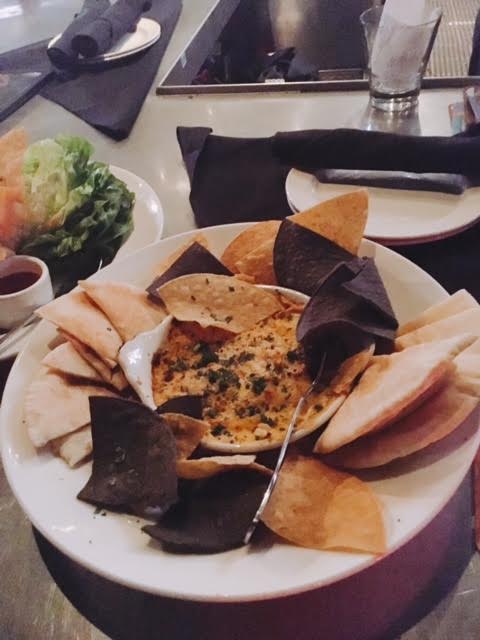 We pregamed at The Yardhouse at L.A. Live because they have this classy crab dip that is served with both torilla chips and pita bread. Fucking world class. We were also very shocked to find out that we weren't the only people attending the T-Pain concert. The couple next to us reluctantly admitted to us (in their inside voices) that they too were going to the T-Pain concert. This was my first time meeting other admitted T-Pain enthusiasts. 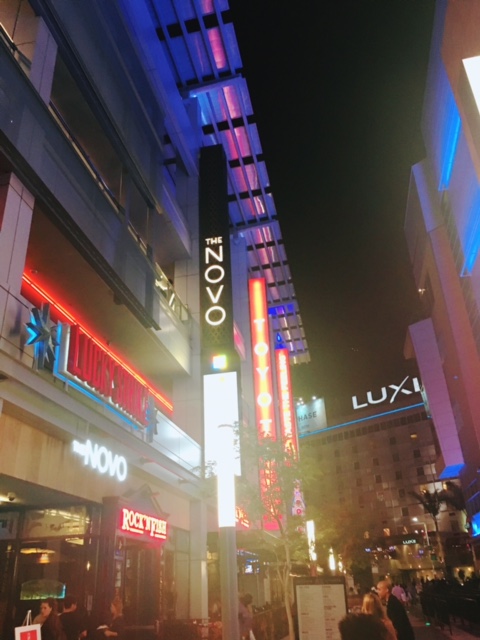 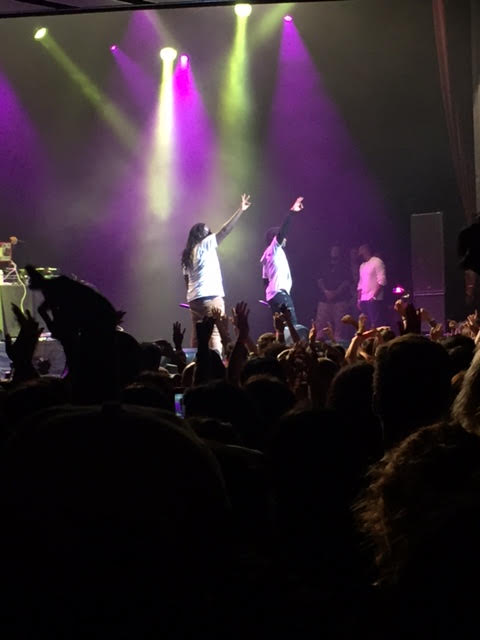 THE MAN, THE MYTH, THE LEGEND.

First off, the place was packed because it was SOLD OUT!? I had no idea he had such a devoted following outside of me and Diane. I also kind of suspect that there was some kind of ticket giveaway at USC because the crowd was filled with probable college students who were likely in diapers when "I'm In Luv with a Stripper" came out.

Second, his performance was absolutely breathtaking. He danced so hard that he took several breaks to catch his breath between songs and just propped himself against the DJ booth panting. My favorite part of the show was when he ran across the stage at full speed into his hypeman's arms. I'm not talking shit about the Queen, but I have never seen Beyonce attempt a move like that. Just sayin'.

Don't let the AutoTune shit fool you, this dude can SANG and sang he did. Check out this fiery video of him showing the fuck out on some NPR segment. 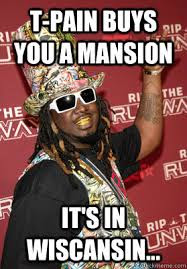 Also, I made an official Instagram account at @adventuresofafatass. PLEASE FOLLOW ME.  I have 10 followers and it is sad as fuck  the most rewarding endeavor that I have ever attempted. I highly recommend following me if you would like to see a photographic timeline of my indigestion.
Email Post