Casa Bonita Is Real and It Is a National Treasure

I remember watching the Casa Bonita episode of South Park on TV and thinking to myself, "Wow, that's funny - I wish that place was real." Fast forward to like two years ago, I was watching the Travel Channel's hit docu-series Food Paradise: Mexican Food Paradise, which featured Casa Bonita in Lakewood, Colorado and my head exploded into approximately one trillion tiny pieces because it was the same waterfall diving, sopaipilla-serving Mexican wonderland featured in South Park. It was then that I made the vow to one day visit non-animated Casa Bonita.

My friends and I recently did a weekend trip to Denver and fortunately, everyone shared the same Eric Cartman-like tenacity about visiting Casa Bonita. Fortunately, we are all adults and didn't have to fake anyone's disappearance in order to trick a friends parent to take us. 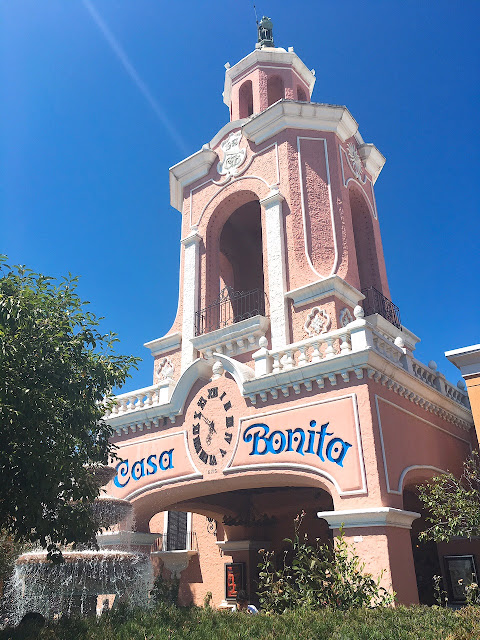 Casa Bonita is about a 10 minute drive from downtown Denver and tucked away in the corner of an unassuming strip mall. According to the eatertainment restaurants Wikipedia page, it was once a chain of restaurants that opened in the 1970's and this is the last remaining location, which is totally unfortunate since this great country was built on themed restaurants. You would think there would be some sort of preservation group for places like this and Medieval Times, Rainforest Cafe, etc. 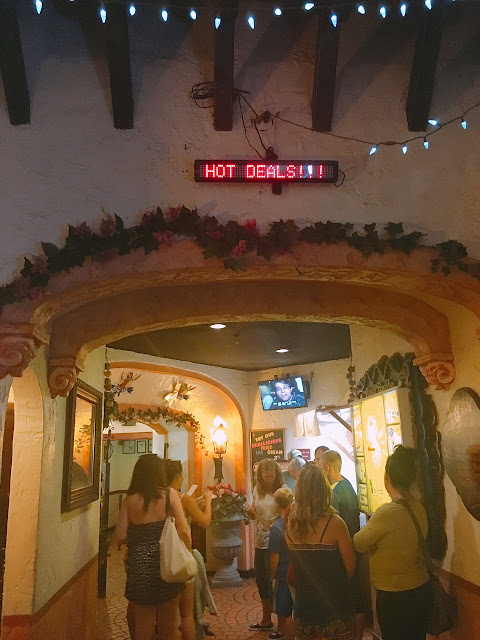 Upon entering, I walked through a lengthy pathway that transported me to what looked like a cross between the line for the Pirates of the Caribbean ride and a Vegas buffet line. It was all very stimulating, especially the ticker tape sign that assured me that I was in for some HOT DEALS!!! 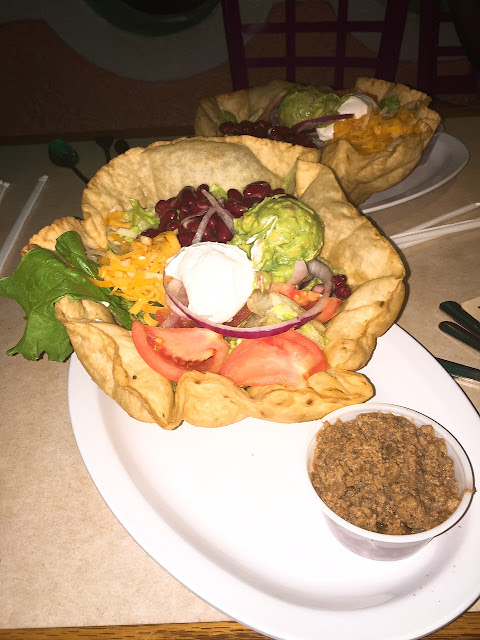 If you go on the restaurant's Yelp page, you'll find a lot of slanderous reviews that abuse the word "filth" and there are many lengthy indictments from angry people who got crippling diarrhea from eating here. If you don't make it to the restaurant, I highly recommend visiting their Yelp page because the reviews are equally as entertaining as the restaurant itself. After reading all those spellbinding reviews, I was bracing myself (and my ass) for the worst and went for a taco salad. By the way, you are required to order something off the menu or they don't let you in - well played, Casa Bonita. 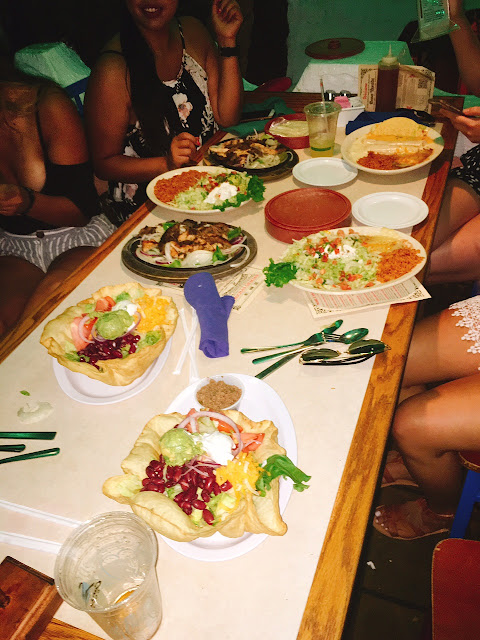 We were led to what I can only assume was a VIP table since it was located right in front of the waterfall. My friends were brave and ordered more exotic fare like fajitas, tacos and enchiladas. I have to say, I was not mad at my taco salad, but also not particularly impressed by it. I was more so impressed that I didn't immediately shit myself in public, which is always a plus. 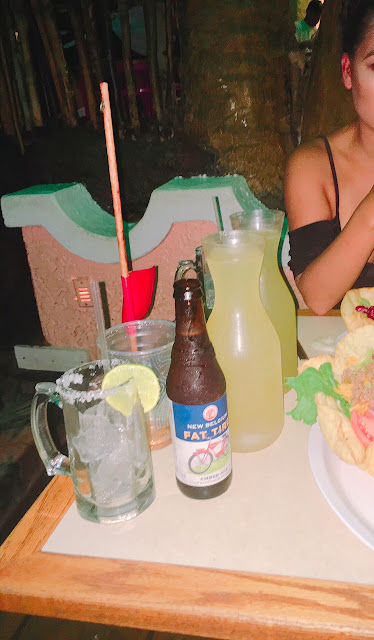 It was my friend, Angie's birthday so we were definitely POPPIN' BOTTLES. Or at least carafes of Margarita. I'm not sure I would recommend coming here if this place did not have a liquor license. Otherwise, it would just be another awkward place for adults to convene without children - much like Disneyland. 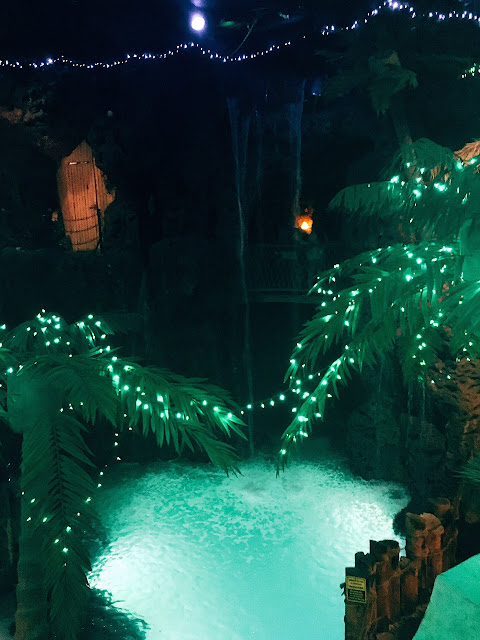 The view of this Mexican oasis from the VIP section. We witnessed a lot of indistinct yelling from the teenaged actors that perform here. Nearly all of the performances ended with the teenagers catapulting themselves off the of the waterfall. ALL EXCEPT ONE. 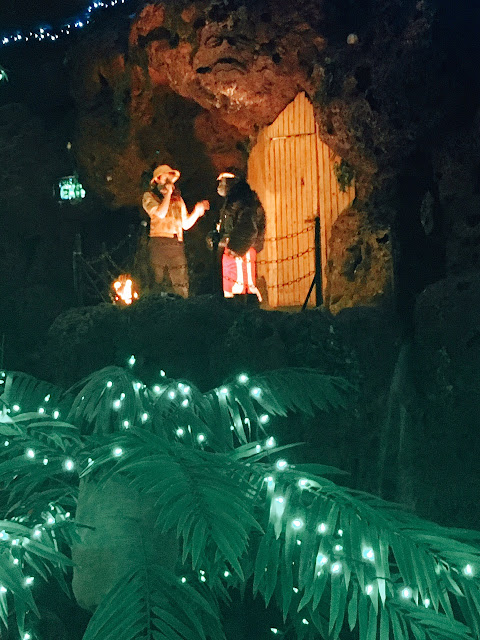 We were very excited to see that there was something called a "Gorilla Show" on the schedule because any performance with the word "gorilla" in it is guaranteed to be magical. Or so you would think. It ended up just being a weird altercation between a teenager in a safari outfit and a gorilla wearing basketball shorts and a headband. They chased each other around the stage and THE GORILLA DID NOT JUMP OFF THE CLIFF, This was my only complaint about the entire experience and we were all very disappointed about the gorilla not diving into the water. And also very confused as to why the gorilla was dressed like an AND1 streetballer. 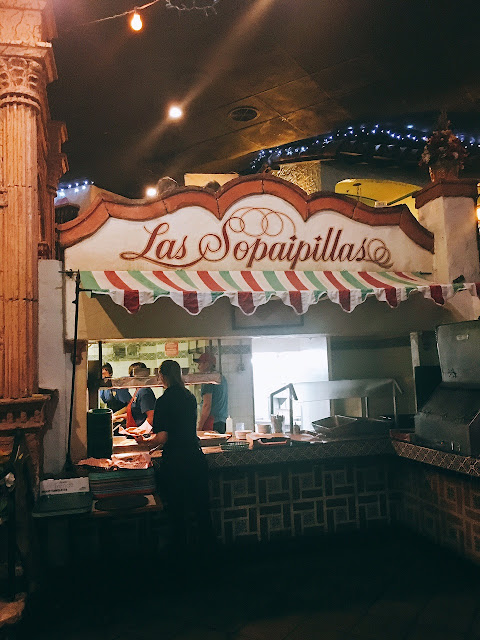 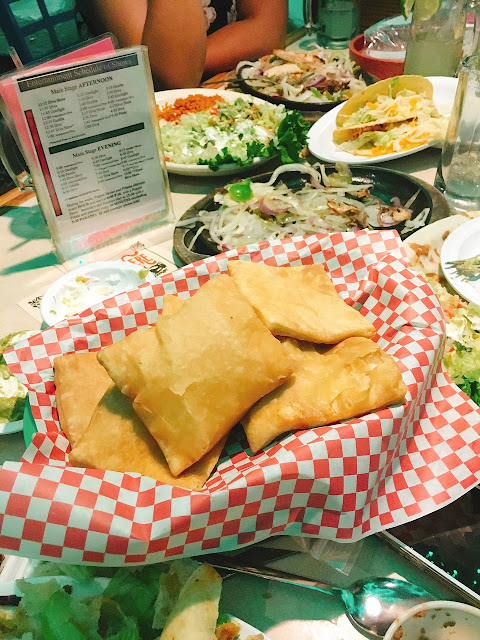 I'd say the all-you-can-eat sopaipillas were the highlight of the trip. Not just the trip to Casa Bonita, but of our entire trip to Denver. They served these hot fluffy fry breads to us by the basket and I doused them in honey before shoving them directly down my throat. 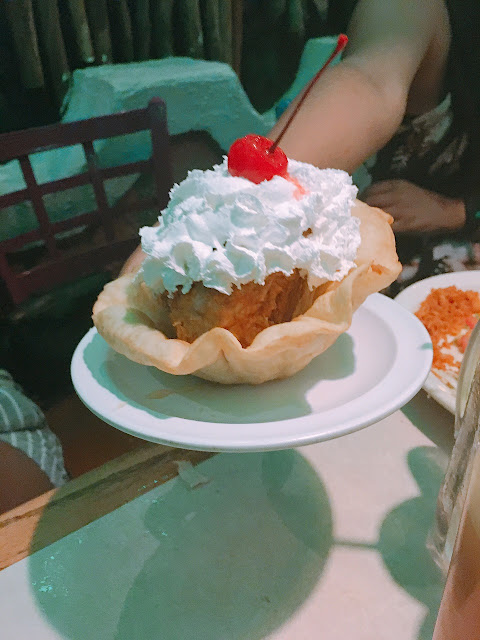 We kept begging our waitress to sell us a bowl of ice cream to accompany the sopaipillas, but said they only had FRIED ICE CREAM available. If that isn't a humble brag, I don't know what is. And yes, they serve the fried ice cream in a fried bowl. I fucking love America's misinterpretation of Mexican cuisine. 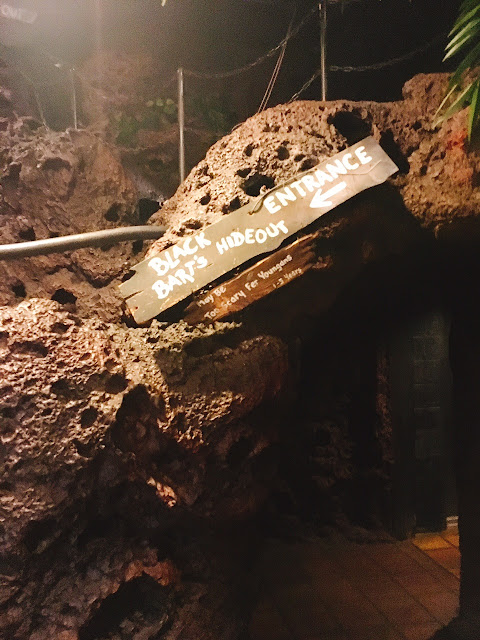 After we watched all that cliff diving and ate enough sopaipillas to make the restaurant file for bankruptcy, we headed over to Black Bart's Hideout. We weren't very sure what it was, but it was highly recommended to us to by no one in particular, but we saw a lot of children running through it. 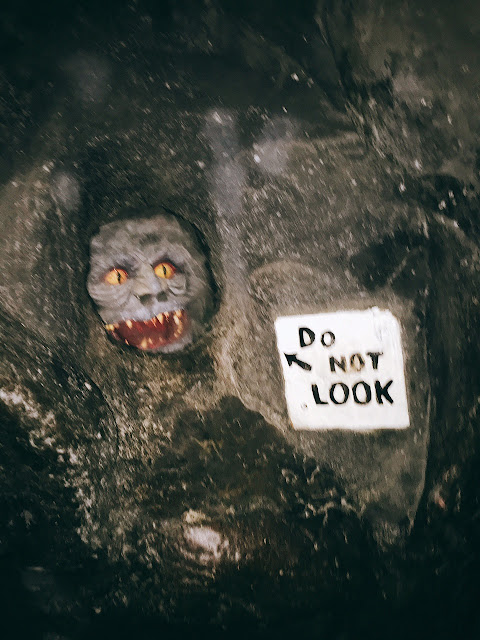 I can best describe it was one of those haunted mazes you find at a county fair, only it was a dark cave with menacing gorillas buried between the rocks. As a grownass woman, I thought it was so bootleg that it was scary. Some shit has definitely gone down in that cave over the years and it gave me the willies.

As I was going through the security line at the Denver International Airport, the TSA agent asked me what we did in Denver and I told him that I visited Casa Bonita. He responded by yelling, "CASA BONITA!? How's your stomach feeling?"

All in all, this place is a national treasure. What other restaurant is famed for being the star of an iconic South Park episode and for being a notorious culprit for indigestion?