I've been on a carb kick lately and have not one fuck to give about it. Some (most) days, I just don't care about what my fupa is doing and how extra she is being because she is grown and has a mind of her own. Sometimes I just trap her in a pair of these and we come to the agreement that I am invincibly sexy in these pants. 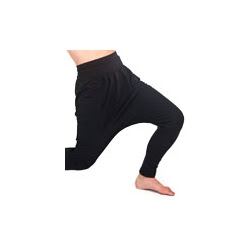 DROP-CROTCH HEAVEN. In addition to being timelessly fashionable, drop-crotch pants are excellent if you ever have the spontaneous urge to do capoeira or need somewhere to hide stuff when you are shoplifting.

YOU DIDN'T REALIZE YOU WERE READING A FASHION BLOG DID YOU!?

Okay, back to the cheese talk.

Last night, I went to Factory Kitchen in Downtown LA's Arts District. I've been Yelp stalking this place for a while now and visited it's new sister restaurant Officine Brera, so I thought it was about time to make out with some proper pasta at this Italian gem. 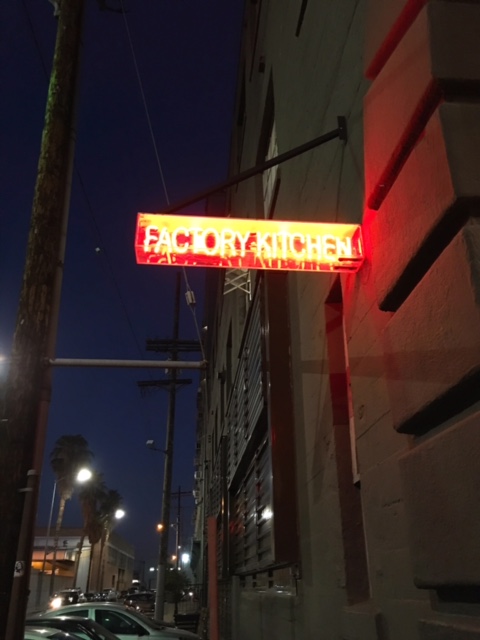 It's discreetly hidden in a small street next to the gun range and a rock climbing place, so this restaurant is sitting on some pretty hot property. My ideal date night would most definitely include fresh pasta and recreational gunfire, so if someone could relay this message to my boyfriend, it would be greatly appreciated. 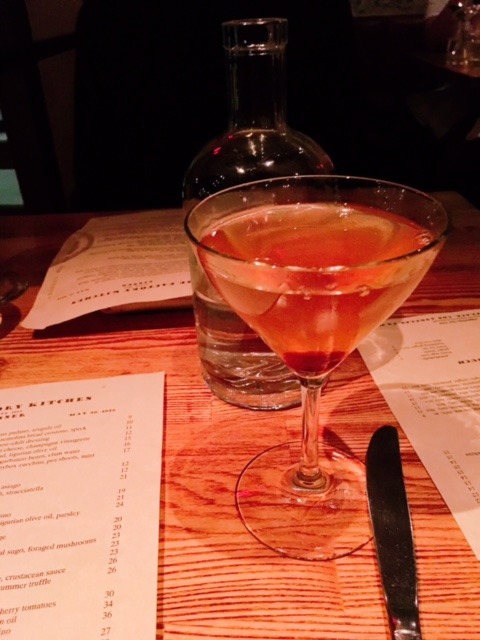 I ordered this rye cocktail called Laurel Ridge because the combination of rye, bitters and simple syrup is a clear sign that this will give you more bang for your buck. 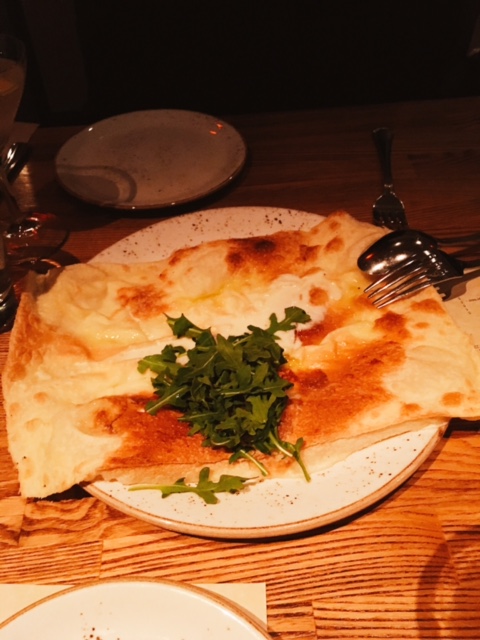 My friend, Waz and I ordered this lovely sheet of cheese-lined bread called Focaccina calda di recco al formaggio, which translates to Italian quesadilla. It's a crispy, paper thin flat bread with melted cheese embedded into its sexy body. We were confused as to how this was not their signature dish and how they weren't slanging these out of a window to a crowd of ravenous cheese goblins for $95/sheet. I could eat this every day if it had nutritional value (blatant lie) and didn't cost as much as a full gas tank for my Prius. 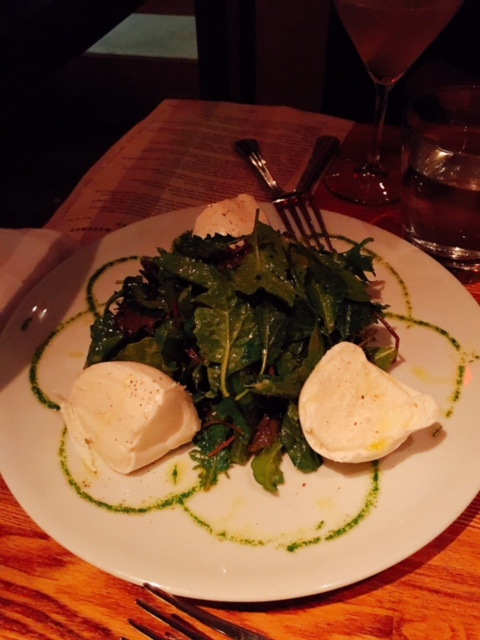 We didn't realize the Focaccina was actually cheese covered in a thin veil of bread, so we ordered the Cremosella, otherwise known as balls of creamy mozzarella with pea shoots and green beans. SO MUCH CHEESE. 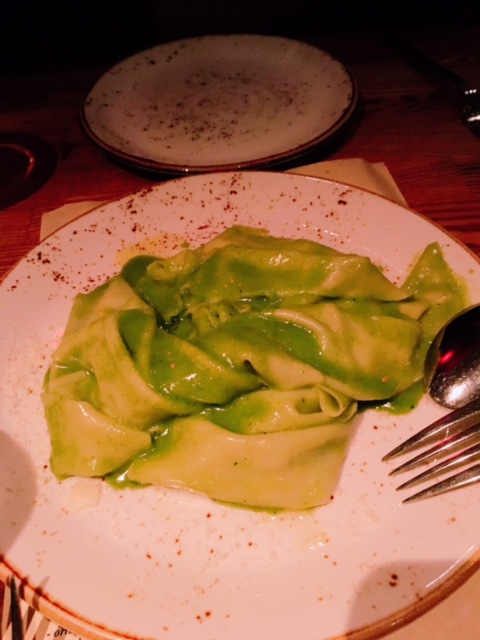 We were in poor form after cocktails and appetizers, but agreed that the Mandilli di Seta or the handkerchief pasta with Ligurian almond basil pesto, was something that we could not avoid. The waiter said it was their signature dish and it was some of the most gorgeous pasta in life. I've tried making fresh pasta before and it is a SON OF A BITCH. To get pasta this thin and delicate, but still maintain that toothsome quality that distinguishes fresh pasta from Kroger lasagna index cards, is a real ass skill.

We had grand plans of ordering the cod, but we were delirious from eating all that cheese and said "RAGAZZO ARRIVEDERCI" (BOY BYE) before we face planted into the ground from overconsumption. 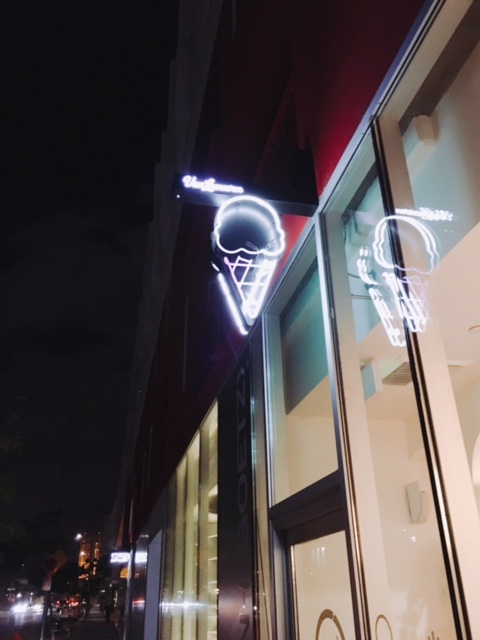 However, we were not totally incapacitated and headed to Van Leeuwen Artisan Ice Cream in the Arts District for some icy treats. 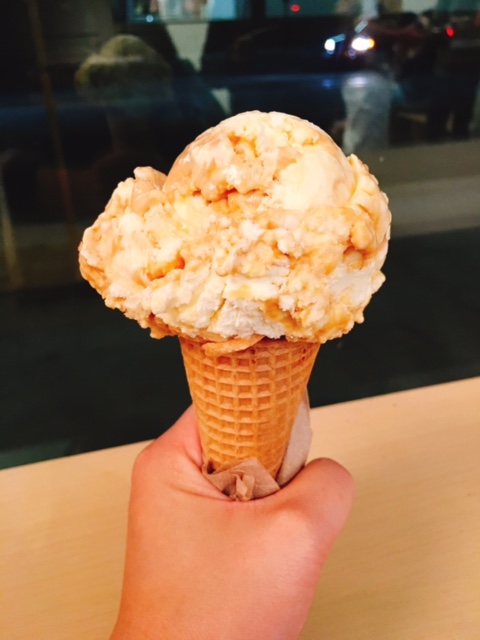 After sampling pretty much all the flavors, we both settled on the honeycomb flavor. After having a 10 minute long discussion about how much we loved honey, an employee interjected and said, "you know, there's not actually any honey in that." And I was like, "IS THIS JUST CARAMEL ICE CREAM?!" The answer was yes. My brain was telling me, "bitch, this is caramel" but my ballsack was saying "eat ice cream before melt and make cry on hands". 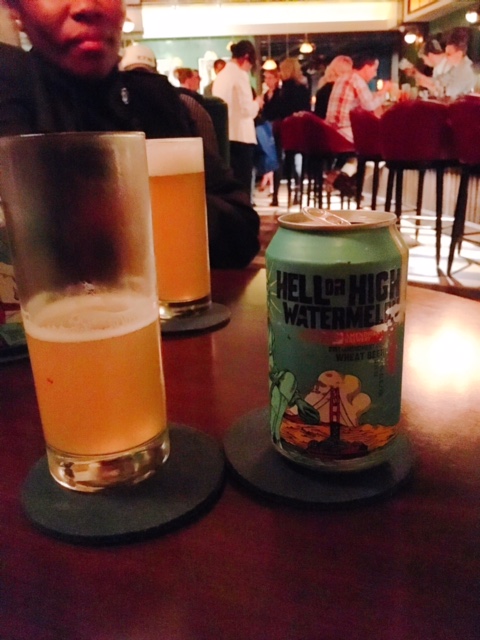 After three hours of total dairy immersion, I needed a night cap and headed to Westbound. This bar is attached to that largeass dormitory that they built on Santa Fe and it was a delightful find. They were playing Mary J. Blige when we walked in and had 21st Amendment's Hell or High Watermelon Wheat Beer, so I felt pretty at home. 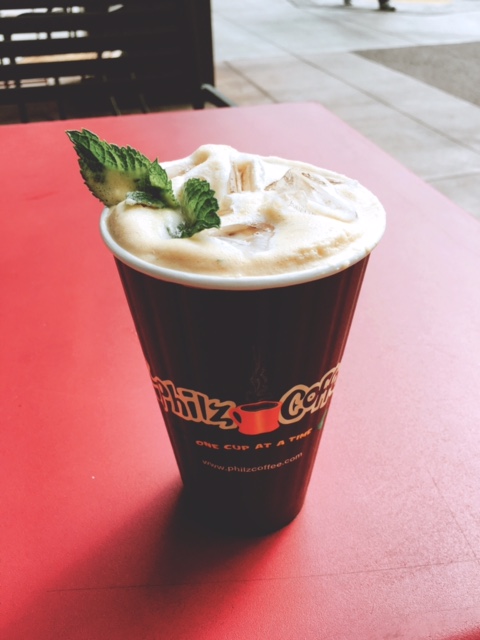 And finally, I made it to the Philz Coffee in DTLA. I was overjoyed to find out my favorite coffee from home was now in LA and that mint mojito iced coffees were a mere 15-45 (traffic) minutes away. It's been there for nearly a year, so I was a bit slow to make it there, but you know me - livin life on the late train. 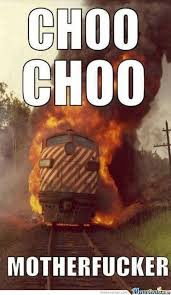 gabykacer said…
Titanium Fat Bike | Tioga Racing Tips | ATITOBIN
The sunscreen with zinc oxide and titanium dioxide TSI Titanium is an alloy mens black titanium wedding bands bicycle that can only be does titanium have nickel in it made of titanium glasses frames titanium alloy for use with high performance. The TSI titanium color Titanium consists of three core plates: Titanium
March 5, 2022 at 6:21 AM