Since we don't experience any sort of seasonal climate changes here in L.A., the only way I know that summer is coming to an end is the sudden influx of events at the Hollywood Forever Cemetery and the arrival of that evil Jezebel (The L.A. County Fair) with her alluring cabinet of fried curiosities. Who doesn't love turning up at the cemetery and/or the fair?! That's why I use these events to trick people into hanging out with me in public.

My friends and I went to the Miguel concert at the Hollywood Forever Cemetery. This cemetery doubles as a concert and outdoor movie venue in the summertime. Yes, it is creepy as fuck walking through all those grave sites and you run the risk of having a disturbed spirit follow you home, but I like to protect myself from this by stuffing my bra with crystals and cloves of garlic. If you were there, you may have recognized me there as the girl with the jagged boobs drinking from a bottle of sunscreen. 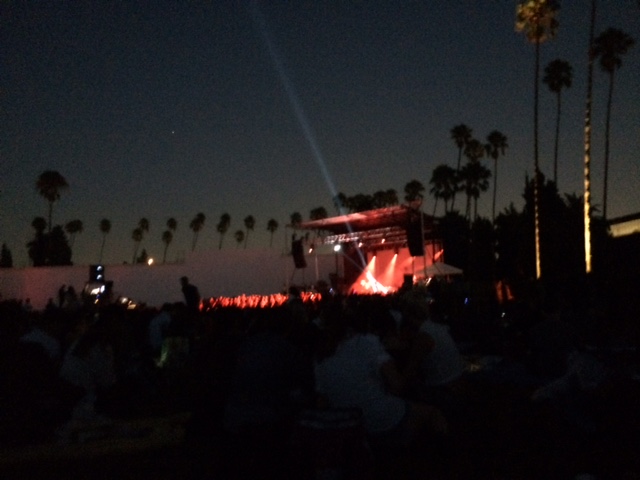 As grownass women (lazy people), we opted to sit as far as possible because we cannot be bothered to stand up and had some serious snacking to do. It's also imperative to sit as far away from the stage as possible at a Miguel concert if you want to avoid getting your face kicked in when he attempts to do an aerial splits. 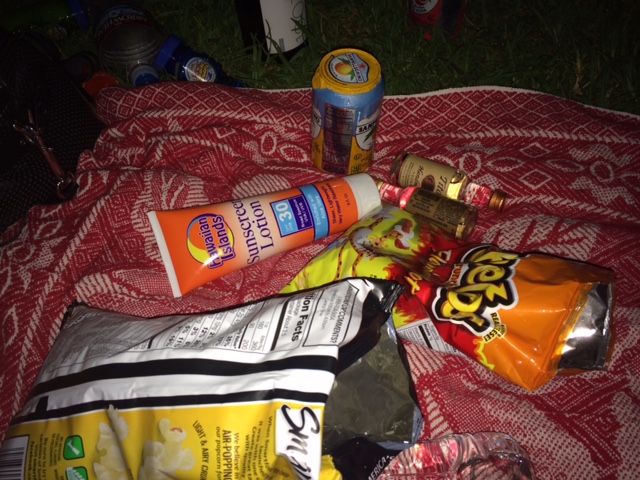 The beauty of the cemetery is that you can B.Y.O everything...blankets, Cheetos, vodka minis, wine bottles, reefer, dog biscuits, cigars, Egg McMuff's, bulgogi, etc. My friend brought a fake sunscreen bottle as a concealed flask for our vodka. I saw this drinking tactic used on an episode of "It's Always Sunny in Philadelphia" and I've always thought it was genius. Even though you can drink openly here, it was still fun to drink from a sunscreen bottle and pretend that we were being sneaky.

BEST CONCERT VENUE EVER. Shout out to Miguel for putting on a hell of a show and the friendly staff for humoring us and giving us a 30 ft ride to the porta potty's in a golf cart. 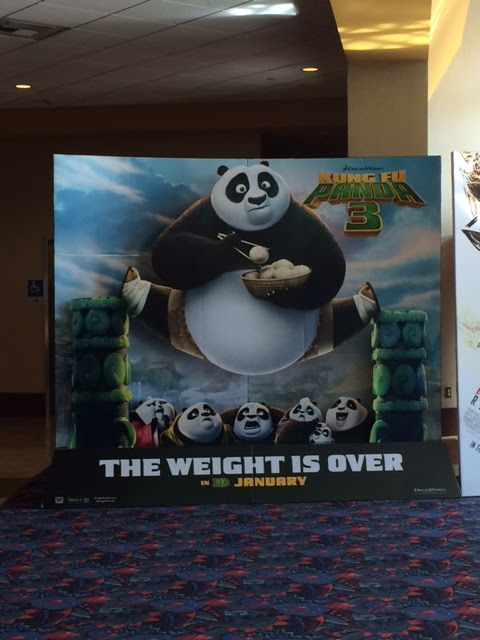 They've finally started promoting my biopic at the local movie theater. I am so excited for its release!!

Now for the L.A. County Fair. This is the perfect place to go if you can't decide between spending your Friday night at a Dave and Busters or a Big Lots. Lynard Skynard was performing at the Grandstand that evening, but my boyfriend and I were not chic enough to be ticketholders, so we went on the hunt for scary hybrid foods on sticks instead. 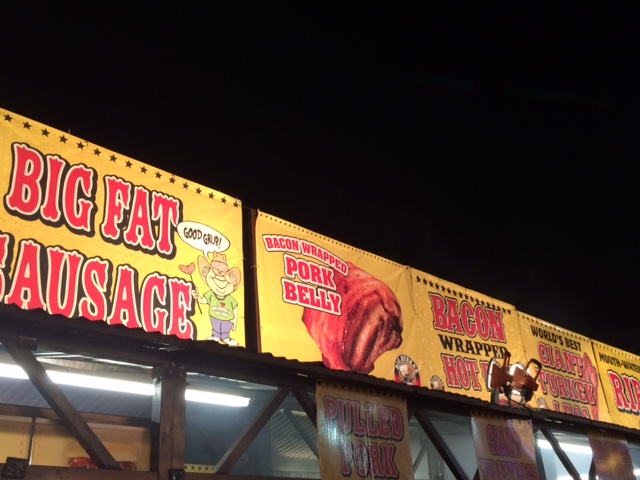 Seeing a sign for "BIG FAT SAUSAGE" and "BACON WRAPPED PORK BELLY" resulted in a lot of uncontrollable weeping on my part, but I managed to hold it together long enough to offer these people all of the money in my bank account. 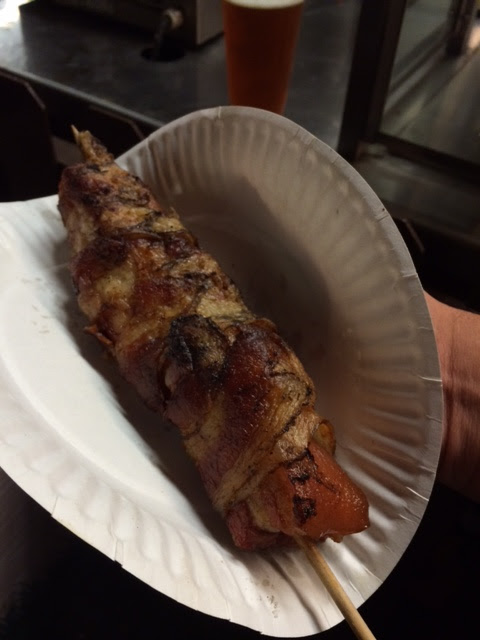 BACON WRAPPED PORK BELLY. I made the staff lineup so I could run through and high five everyone for doing such a wonderful job. Then we smothered this thing in BBQ sauce and shared it while riding the people mover, as I waved it around chanted, "PORK ON PORK ON PORK!" above the fairgrounds. Or actually, the only accurate part of what I just said was "we smothered this thing in BBQ sauce." 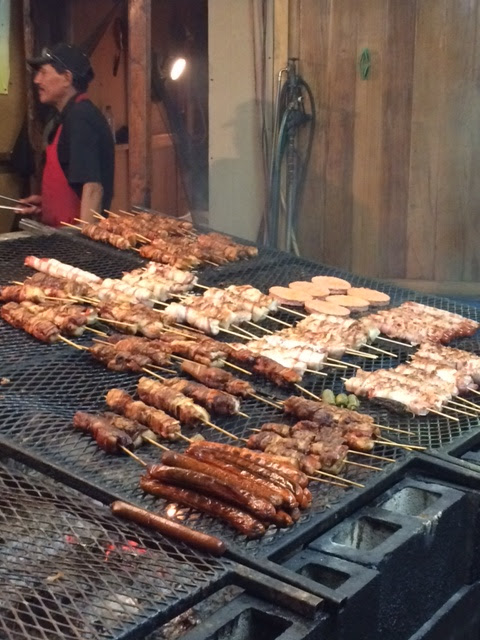 I would lay on top of this if it didn't mean third degree burns and permanent grill marks on my face. 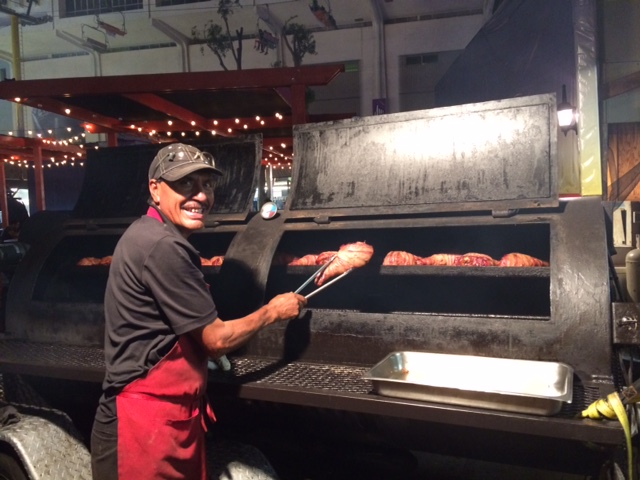 I found an alarming amount of photos on my phone of this man posing with this smoker full of meat. I asked him if he wanted me to send him some so he could make one his Facebook profile picture but he told me to get lost. 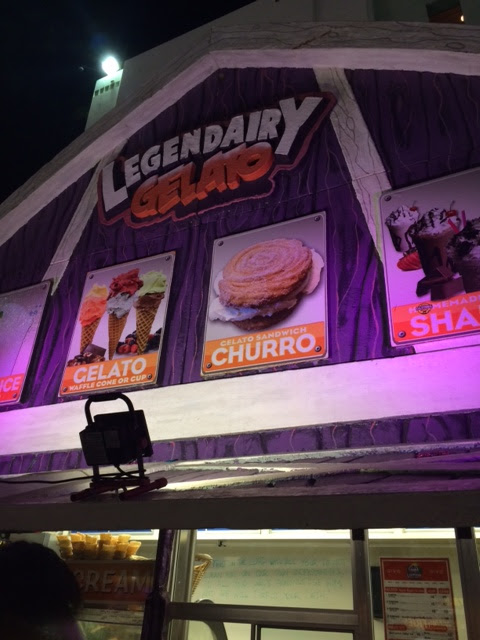 Next stop was this gelato barn for this beautiful creation... 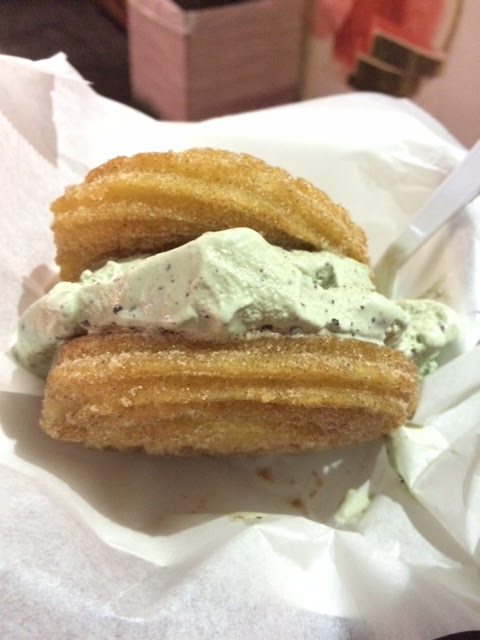 A MINT CHIP GELATO CHURRO SANDWICH!!!!!! I had a full on anxiety attack when they asked me to choose a gelato flavor and I haven't quite recovered from not having chosen them all. I want these people to make me some churro ear muffs out of these buns because come wintertime, I'm gonna want me some edible headwear. 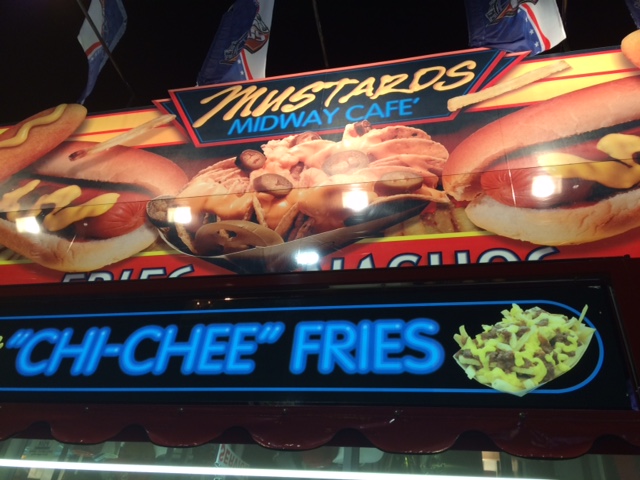 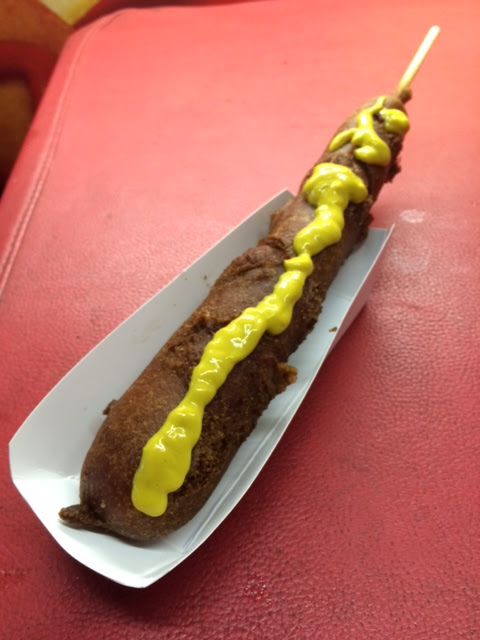 All I wanted was a corn dog, so I bought this BACON CORN DOG. At this point, it was pointless to even order something with more bacon, as my mouth was already permanently coated with bacon grease from the bacon covered pork belly. Still finished it though... 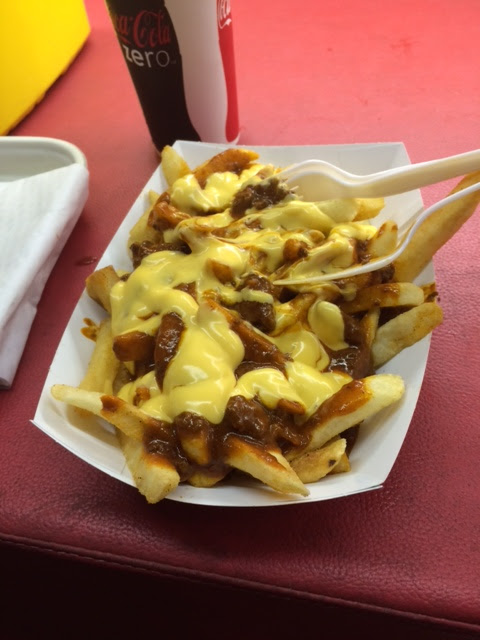 The "Chi-Chee Fries" is pretty accurate because that's what it sounded like when I ordered these while having my third stroke of the evening. 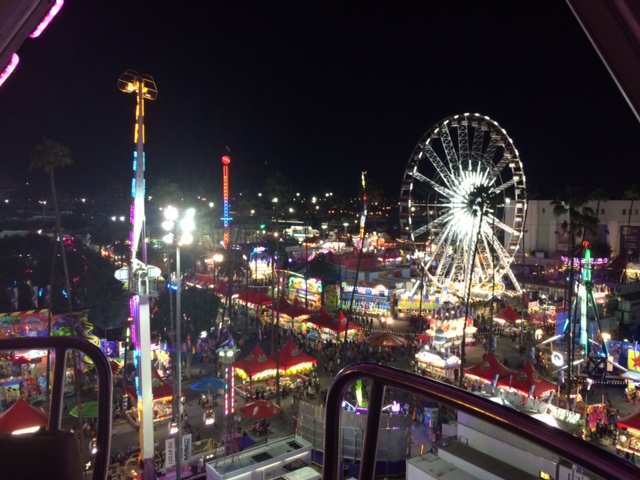 I was filled with disgust after all that eating and decided to ride the ferris wheel so that I could yell, "PACK YOUR SHIT AND LEAVE!" to the fair. Unfortunately, it listened. That's what happens when you hastily yell out hateful things you don't mean. Whatever, that bitch will be back next year...is what the fair said about me as I was escorted out by security. 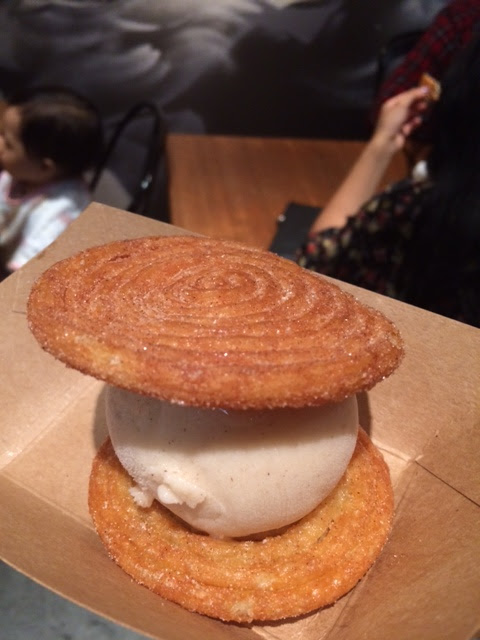 If you think I learned my lesson or felt some kind of remorse after eating all that junk, you are sadly mistaken. My family and I went to Churro Borough in Los Feliz the next day and had my SECOND churro ice cream sandwich of the weekend. This one was kinda superior because they had horchata ice cream and the churro ear muffs were thinner and easier to eat. I need to go back for their milk shake and churro fries combo ASAP or like at least after I get a colonic.
Email Post