Eating My Way Through Japan: OSAKA

The next stop on the Back Fat Express was Osaka.We had great expectations for Osaka since we heard many tales about all of their fried specialties and it's fame for their takoyaki (fried octopus dough balls).

But obviously, our first stop would be the Momofuku Ando Instant Ramen Museum. What kind of people would we be if we didn't pay homage to the founder and creator of Cup Noodles, Momofuku Ando?? We also heard a rumor about free admission and the opportunity to customize your own Cup Noodle, which is something every woman should take advantage of at least once in her life. 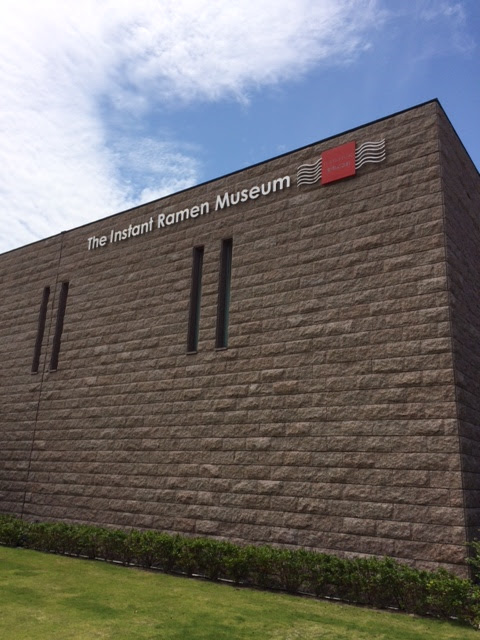 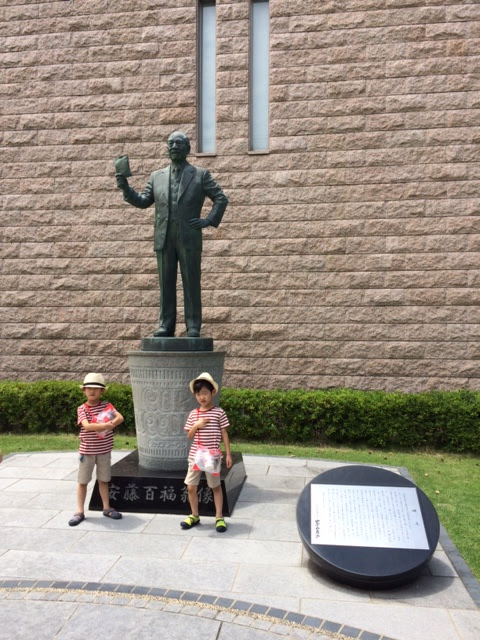 We began to notice that the majority of the museums visitors were children and the only other adults there were either employees or people accompanying children. I don't know who these children belonged to, but I do know neither belonged to anyone in our party, which would explain their impeccable style. I should probably alert The Sartorialist about them. 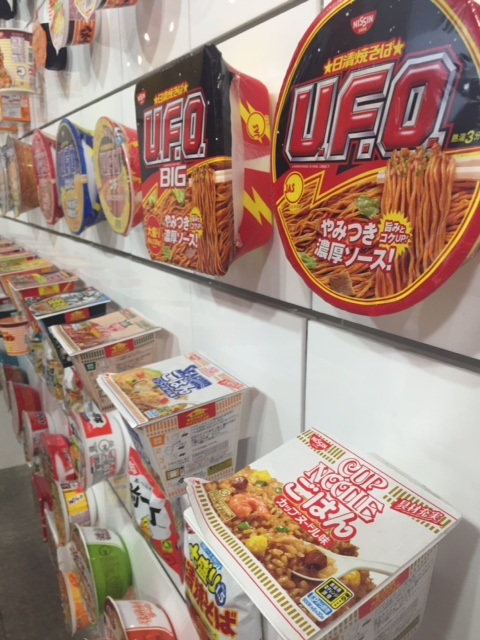 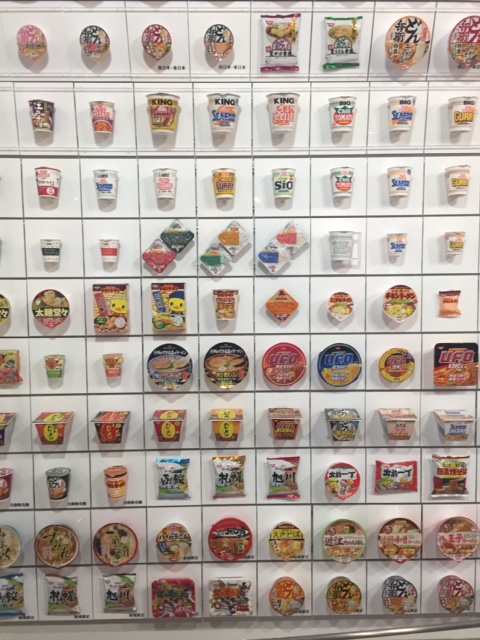 Upon entering, we found a long majestic wall showcasing every Cup Noodle product ever produced. We spent around an hour furiously vogueing and holding an impromptu photoshoot in front of this wall. 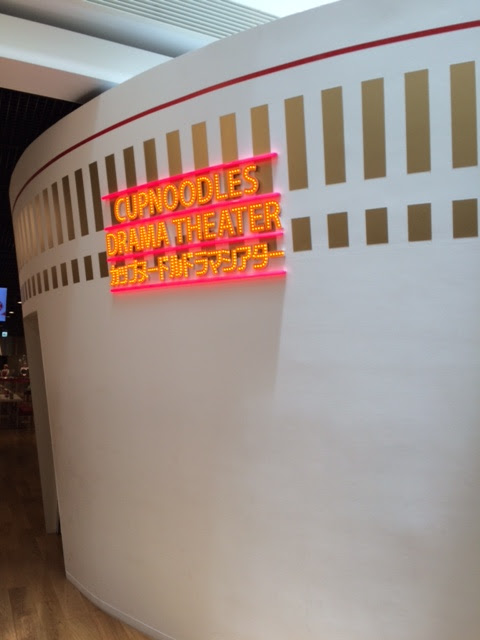 This Cup Noodle Drama theater showed a compelling educational film about the company's history. We watched about 5 seconds of this and walked out to look for a better photo op. 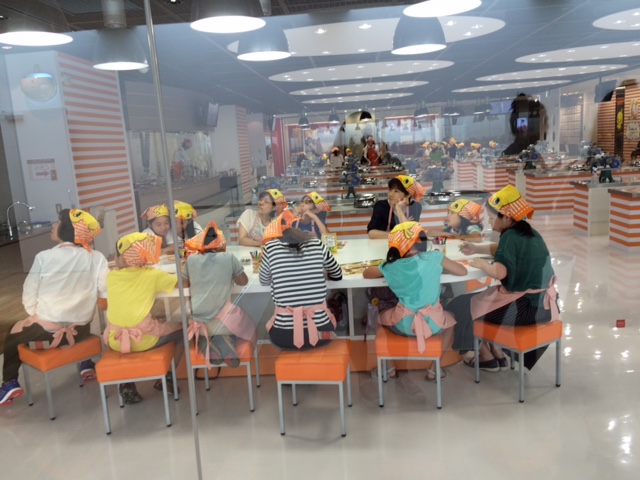 There was no shortage of groups of children on field trips. Please excuse my shameless photographing of strange children, I couldn't help it since they were the only other kind of people there. 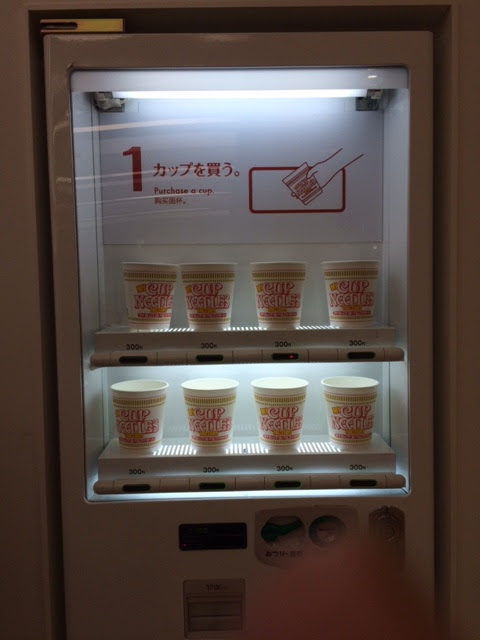 We finally approached the Cup Noodle customization line and we were met with yet another vending machine. For the low price of 300 yen, we got a styrofoam cup and access to a myriad of savory powders and dehydrated vegetables. My finger also insisted on making a cameo in this photo...that bitch. 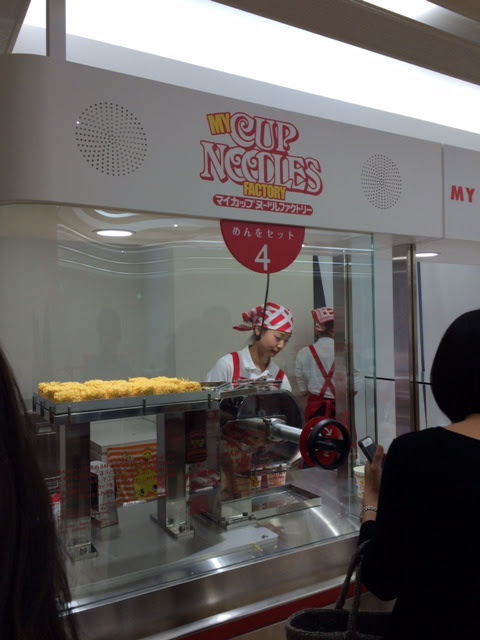 Filling the cup was a lengthy and somewhat stressful process. You surrender your cup to the young ladies screaming into their headsets at each station, where they manually crank on machines and fill your cup with noodles and such. I took the exotic/confused route and did a curry powder with bacon, fish cakes, green onions and red pepper. 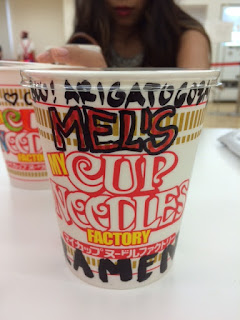 Once your cup is filled and sealed, they release you into a room full of cafeteria tables supplied with markers so that you can decorate your cup. As women in their late-twenties, we took this step very seriously.

Again, this is an absolute must-see experience in Japan. That reminds me, I still have this in my pantry and need to see how much it tastes like an armpit considering the fucked up combo I chose.

Our next move was to the Osaka Owl Family Cafe. Yes, an OWL CAFE. This Japanese animal cafe trend was very alluring to us because we are all city dwellers whose interactions with animals are limited to yelling at our neighbors chihuahuas and cursing at seagulls that steal our corn dogs at the beach. 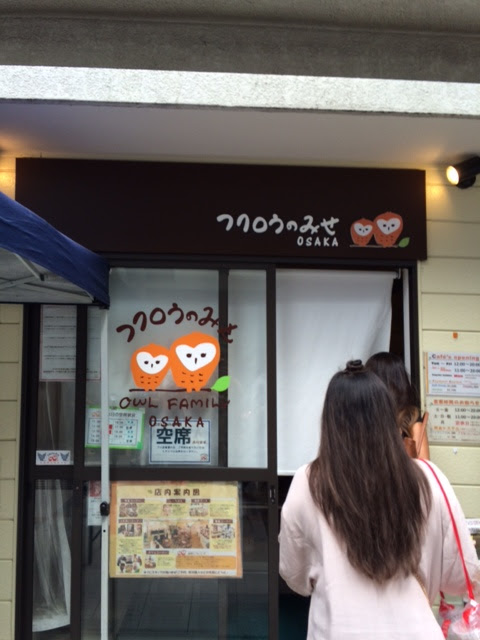 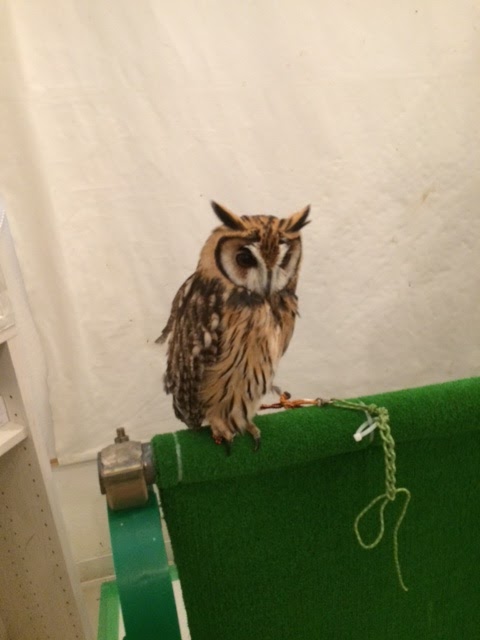 I have to admit that it was upsetting to walk into a room full of beautiful owls and seeing them all chained down. I think my dumbass forgot that they are wild animals and thought they would be flying around freely and harmoniously amongst a room of strangers. As awful as I thought this was, I was already inside and could not resist the chance to contract bird flu on top of the fever I already had. I also had never met an owl before, so I figured this was my chance. 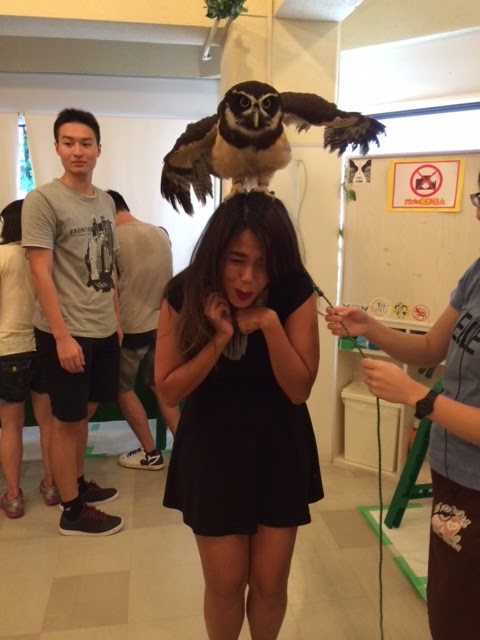 This is Mimi and Momo. Mimi was delighted to share her head with Momo, the 10 lb owl who is clinging to her scalp for dear life with his claws. We all took turns placing owls of various sizes on our heads and and things got weird when I tried to make out with the largest one. Again, there is no reason to have owls and humans confined together in a room. 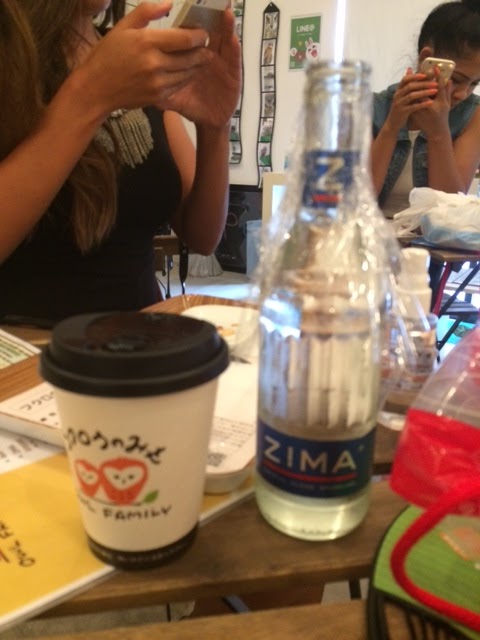 We also encountered a species of alcohol that is extinct in America. The only alcoholic beverage on the menu at this place was ZIMA. I believe Smirnoff Ice's have long replaced Zima's as the pussiest drinks on the market since its departure from America, but it looks like Japanese owl cafes are still all about it.

In conclusion, I would have preferred to have met an owl under more Harry Potter-esque circumstances where I would be gifted an owl that would deliver my mail, but once again, beggars can't be choosers.

My friend Jess found a comprehensive list of must-eat places in Osaka on a blog that is much more informative and helpful than this one, which can be found here. We referenced this list as a guide to help us find the best fried goodies in the city.

The first stop on The Great Takoyaki hunt was Creo-Ru. 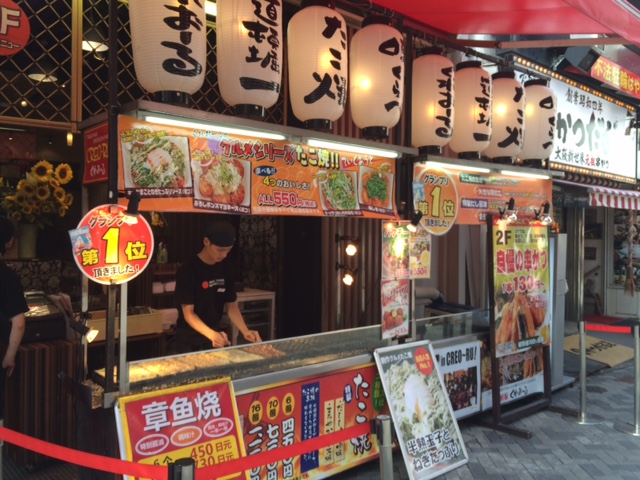 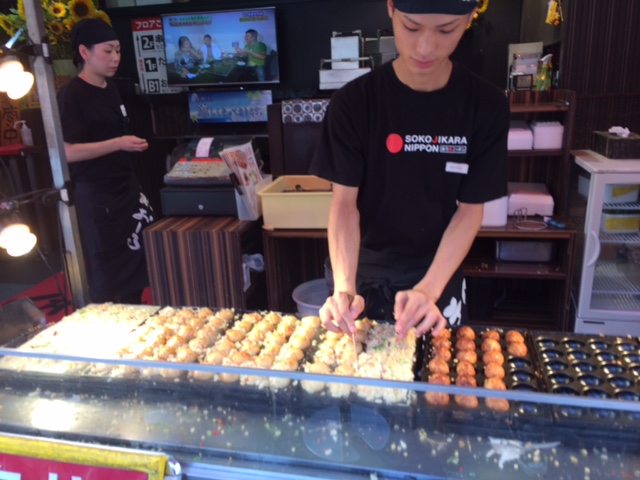 Cooking takoyakis is on the same level of difficulty as ice road trucking. It requires serious focus and and finesse to flip dozens of balls around with two tiny sticks. So hats off to all the takoyaki artisans around the country for their skill and dedication to making sure drunk folks have a delicious way to burn their mouths. 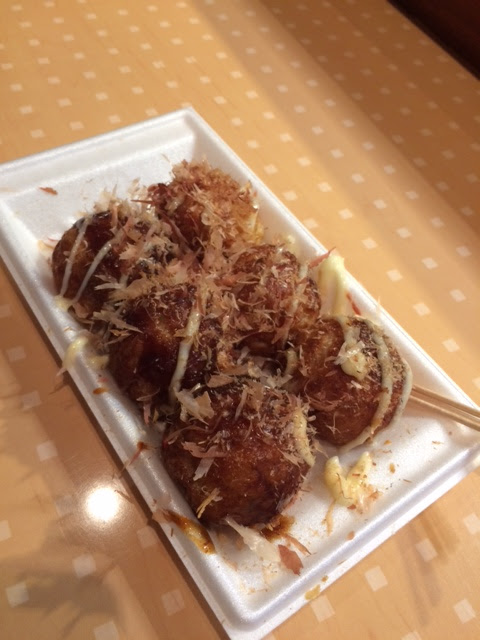 Voila! Luscious octopus balls. I recall these being squishier and more gingery than the ones we had in Tokyo, but still delicious.

After this snack, our fat asses walked directly over to Kimukatsu, where they are famous for their pork tonkatsu. 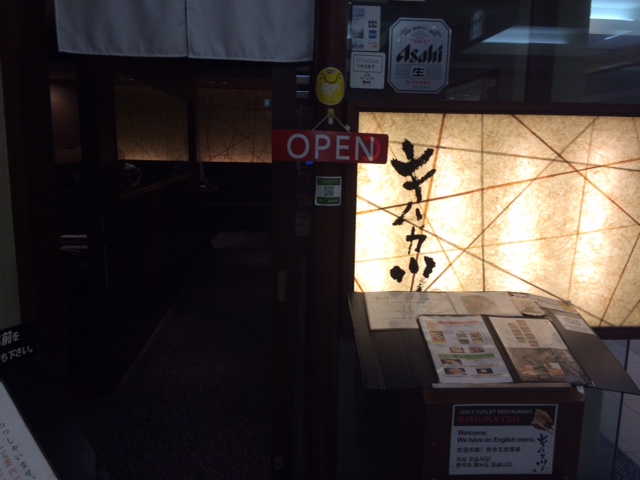 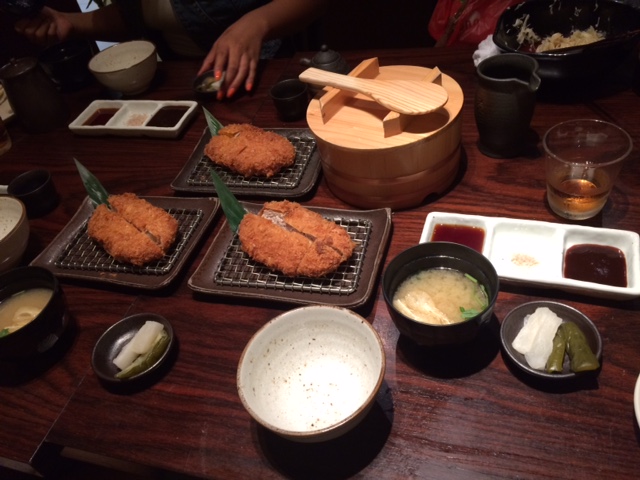 Tonkatsu was pretty much the only thing on the menu, so we got three different kinds to sample: original, garlic and CHEESE. 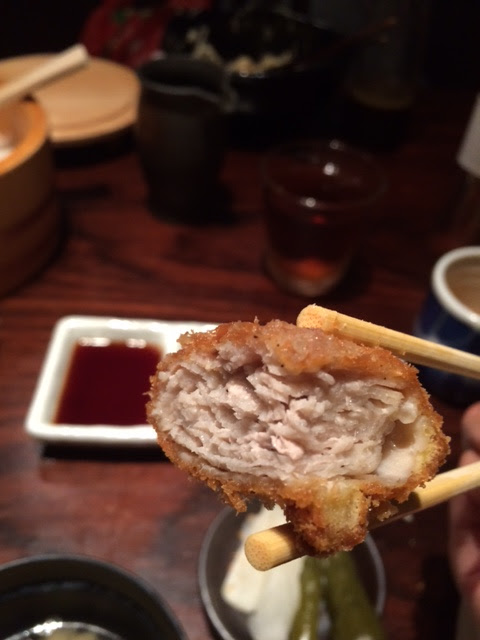 The special thing about this place is that they layer paper thin slices of pork on top of each other and delicately fry them. Look at how gorgeous those layers are. It's details like this that count the most when you are eating fried foods. 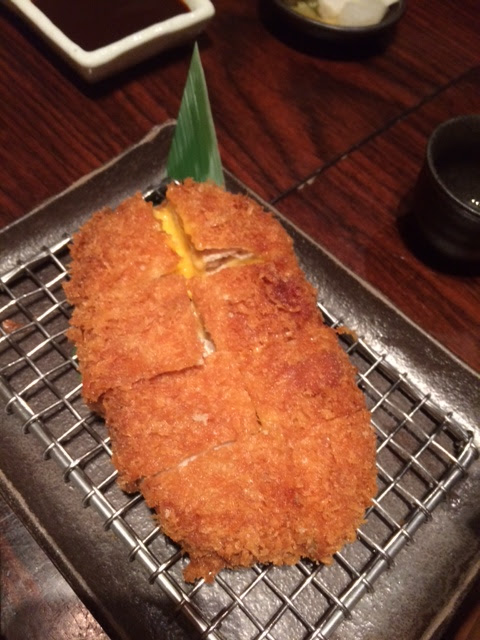 THE CHEESE TONKATSU!! Look at that meltedass cheese peeking out from there. I believe this has the same allure that cleavage has on boob lovers. 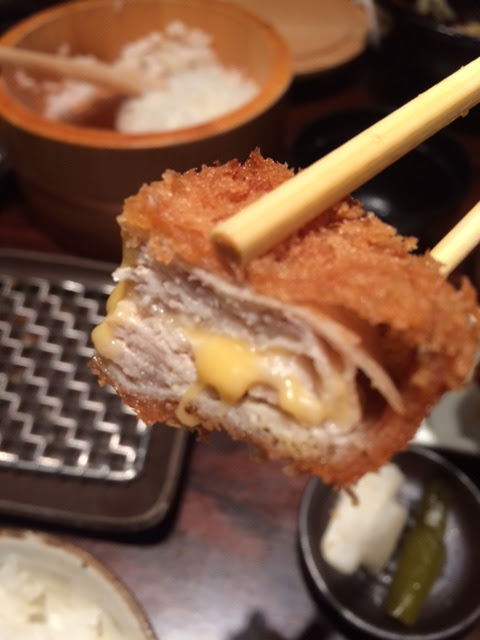 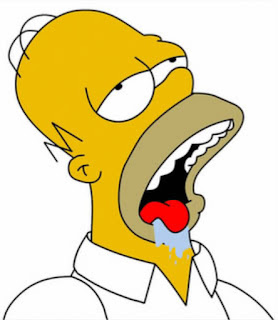 From there, we walked around 100 feet to Dotonbori Konamon Museum to get MORE TAKOYAKI. 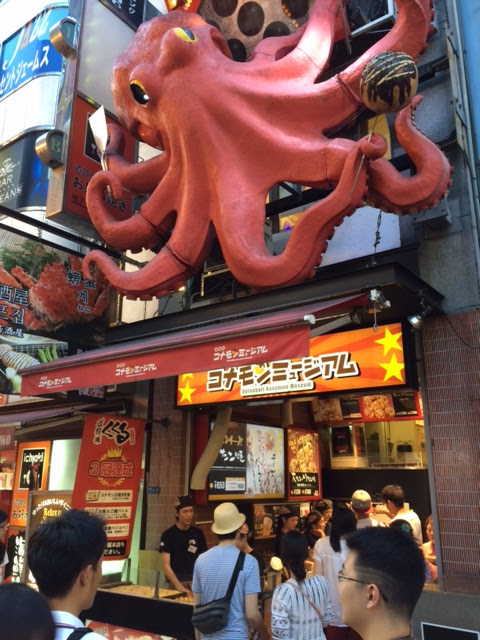 You cannot miss this place because there is a massive octopus attached to the front of it. 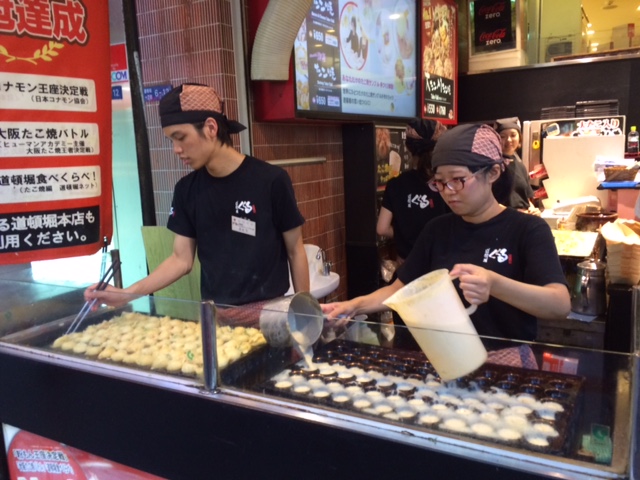 Very talented people who are in my opinion eligible for canonization as saints. 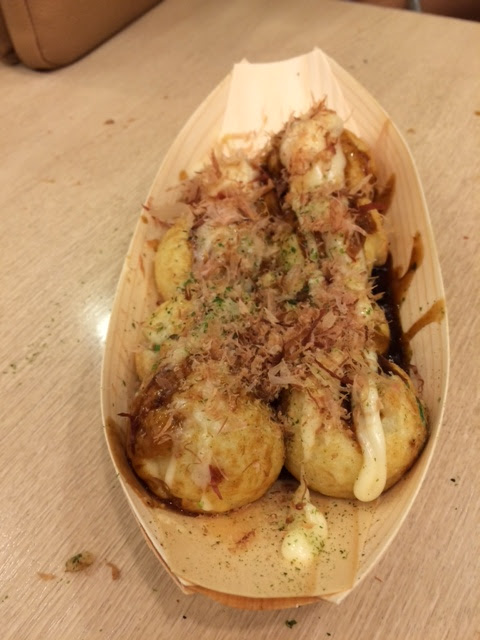 This was the final takoyaki of the trip. I don't know when I'll get to experience this again, but I challenge someone to open a takoyaki place here in LA. Probably on Sawtelle...SOMEONE?! PLEASE!!?

And after that, the only thing I consumed was water, vitamin C, ibuprofen and heavy doses of cold medicine because I was sick as a dog. Japan, you almost killed me, but I love you. Keep being weird and cranking out some of the most delicious food on the planet.