My degenerate, ruffly son of a bitch friend, Steph occasionally does something astonishing and impressive every once in a while and totally redeems herself from all the hell she puts me through on a daily basis. For instance, this week she got Gilbert Arenas to follow her on Twitter, which is an amazing feat considering he only follows 22 people. Trust me, this baffles all of us to no end but I have never been prouder of that little pork bun.

Several weeks ago, I took a two hour long lunch with her and she led me to one of the best pho restaurants that our vulvas have ever encountered. It's a glorious little Vietnamese establishment called Turtle Tower. It's centrally located in the heart of San Francisco's Tenderloin district, which has been my favorite district to accidentally wander around in as of lately. In addition to hosting a grandiose collection of some of the world's finest crackheads, the Tenderloin is also home to some of the best pho spots in the city. The pho at Turtle Tower is fairly different from most other restaurants because they offer Northern-style pho, whereas most places serve Southern-style pho. 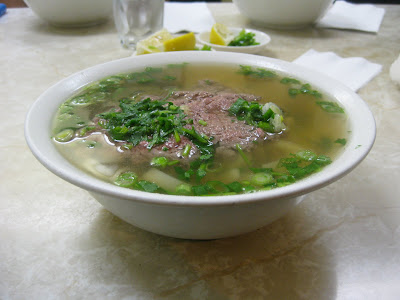 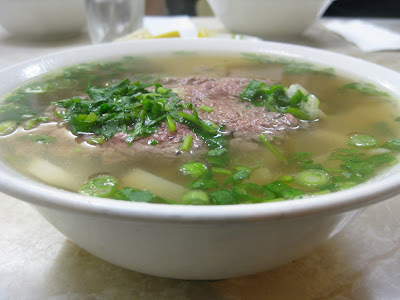 So this is the pho with rare beef and we ordered extra rare beefs cause you can never have too much beef. They are actually known for their pho ga or chicken pho, which I tried the other night. It's fuckin delicious but I think I am gonna stay loyal to the cow option because their beef is tender and melts in your mouf so sexy. 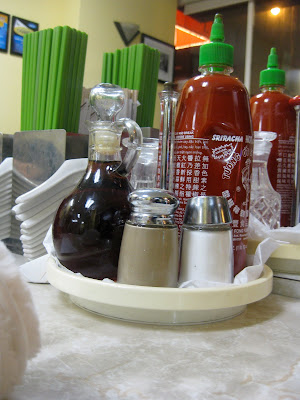 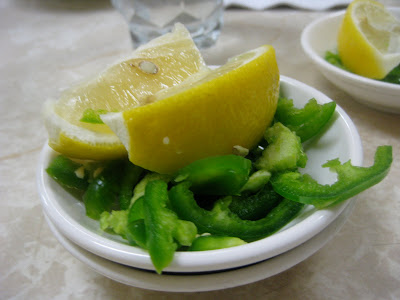 The garnishes are minimal compared to those that you would find at most other pho places. It's pretty much just fish sauce, Sriracha, lemon/lime, and peppers. I was shocked and lightweight shat me-self when I first came here and didn't see any sprouts or hoisin sauce. But TRUST, all you need is fish sauce, lime, and Sriracha cause the broth is nice and BEEFY. Ugh, CHRIST...I WANT SOME NOWWWWWWWWWWW. 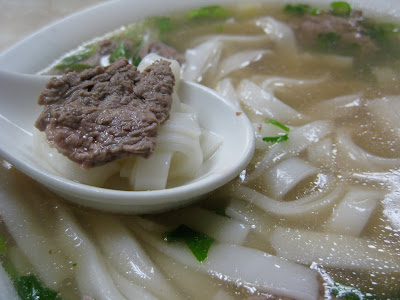 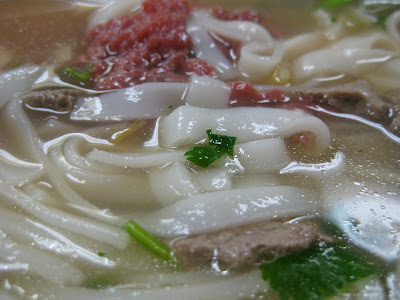 The noodles are fatass, smoothass, sexyass, silkyass, tenderass, whiteass, freshass, beautifulass pieces of VIETNAMESE SIN. They are made in-house and I believe that a Vietnamese Rumpelstiltskin spins these glossy slurpers out of pure gold in the back. I would kidnap it but I think my friend Mimi would run me over with her hybrid vehicle if I were to ever violate her people like that. Or MAYBE...Mimi IS Vietnamese Rumpelstiltskin. Girl, I'm onto you.

So I'd say the only downside is that they are only open til 7pm, which is not nearly late enough but I guess they are pimpin' enough to be able to close at such an early hour. I also noticed that they have GIFT CARDS. Feel free to shower me with these gift cards.......so if you are a real friend, you will give me one. Immediately.

So I think they meant to name this restaurant "Turtle Power" in honor of the hit song by Partners in Kryme off of the Teenage Mutant Ninja Turtles movie soundtrack, but I believe a typo got in the way of that and they got stuck with "Turtle Tower". It's all good though, I know wassup...

Anonymous said…
This is the best blog on the internet. I scroll through look at all the pictures and then finish off in the shower.