A Staggering Work of Heartbreaking Genius

I am required to take an elective class, so naturally I signed up for Food & Wine in California. My professor assigned a two page paper and told us to drink a glass of wine and write about it. After accidentally getting drunk and falling asleep while researching, this is what I came up with the next morning and am turning into my professor:

"As someone whose wine drinking experiences have been limited to drinking jugs of Carlo Rossi’s Rhine, better known as “top of the line wine, Carlos Rossi,” (E-40, 1995) and the occasional bottle of Charles Shaw’s “Two-Buck Chuck,” it is safe to say that my tastes haves always been less about the wine and more about the good time. Therefore, I thought that I should seize this opportunity to sample a wine that isn’t packaged in a 4 liter jug and costs more than $5.

Reflecting back on a past trip to Italy, I recall enjoying glasses of red wine with my meals and remember that as my most positive experience with wine. Although, as of lately, I have generally avoided red wines altogether, primarily for the sake of avoiding the embarrassment of “red wine mouth.” I decided to set aside my fears and chose a cabernet sauvignon because it’s a popular red wine varietal and I thought that we should get to know each other better. After carefully inspecting every red wine label at the 5 cent wine section at BevMo!, I chose a 2006 Special Reserve Cabernet Sauvignon from the Michael Pozzan Winery of Sonoma County which was reasonably priced at $16.99 (and 5 cents for the second bottle). Of all the labels that I read, this was the most specific about the origins of the wine, which stated that it was cellared and bottled by the Michael Pozzan Winery in Oakville, California. It contains 14.5% alcohol and according to the Michael Pozzan website, is 100% cabernet sauvignon and was aged for 15 months in French oak.

The Michael Pozzan Winery was founded in 1991 in Oakville, California by Michael and Mary Ann Pozzan. The Pozzan family’s winemaking experience roots back to Piemonte, Italy and was carried over to California, where the family owned vineyards in Sonoma County. Currently, the winery produces 95,000 cases a year and produces seven different varietals: cabernet sauvignon, chardonnay, sauvignon blanc, merlot, pinot noir, syrah, and zinfandel (michaelpozzanwinery.com, 2009.) Many of their wines have received numerous awards for their taste and incredible value, which includes their Cabernet Sauvignon.

Upon inspecting the wine, I found that it was generally clear considering that I did not find any particles suspended in it. The Cabernet had a very deep, dark burgundy hue that was high in intensity. Specifying a certain scent was difficult because I could only identify a brief moment of sweetness and then was overwhelmed by an acidic sensation that hit the back of my throat. I am unsure of whether this was caused by a lack of quality in the wine or if I was sniffing with too much intensity. According to the website, the wine is supposed to have tones of currant, blackberry, and plum. I was unable to identify these particular flavors upon tasting the wine, but there was some sweetness in the after taste. The wine was dry and full bodied with a strong presence of tannins, which is a characteristic of Cabernet Sauvignons. When I drank the wine by itself, I found the tannins to be a bit overwhelming and was more bitter than I would have liked it to taste. Although, I did find that when I paired it with a beef dish, that off-set the bitterness of the tannins and the two went well together.

Overall, trying the Cabernet Sauvignon was a good experience because I realized like most wines, no matter how you feel about a wine initially, the more you drink, the better it starts to taste." 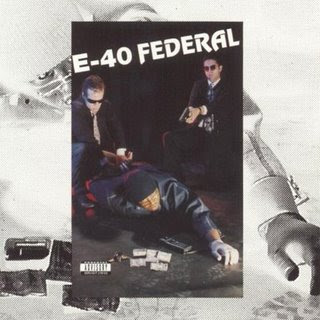